Because I'm a bookworm who has no chill. 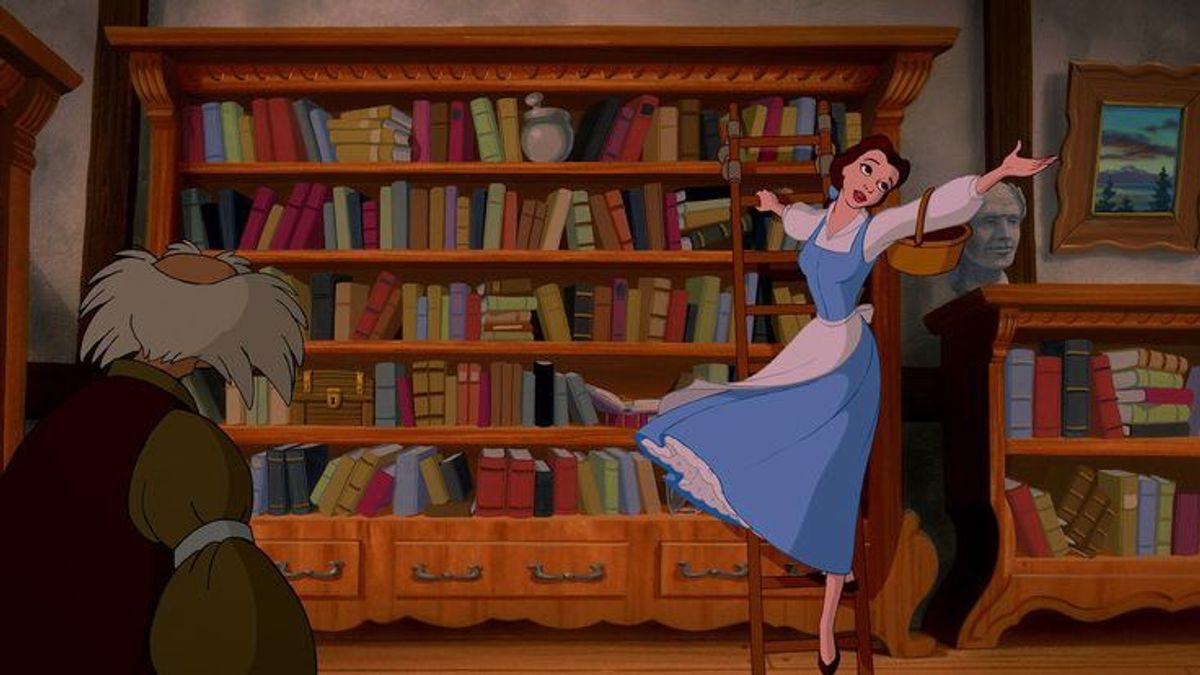 Ever since I was little, I've adored bookstores. They're such home-y places. You enter one, and it'll smell like paper and coffee. The shelves will be packed with books, and knowing where to start is always difficult. Usually there's a kind bookseller around who will ask if you need help and if you're like me, you'll say no because you have an entire library in your head already.

I'm picky about my bookstores. I disliked Borders immensely. I will shop at Barnes & Noble and Books-a-Million (particularly Books-a-Million since their YA section is pretty good), but give me the choice between one of them and an independent bookstore, and I'll choose the indie bookstore every time. There's just something more personal and close to my heart about indie bookstores.

Perhaps it's because I spent half of my life shopping at one.

I spent my preteen and teen years in a small town in Illinois known mostly for producing Orson Welles, for the Groundhog Day movie with Bill Murray and Andie MacDowell, and for its idyllic town square. I didn't care one bit about the first, and the second only mattered once a year, in early February. The Square, though - that is where you can find the bookstore, Read Between the Lynes. The bookstore moved to a new location on the Square last fall, one that I have not yet had the privilege of seeing, but they're still the bookstore I think fondly of whenever independent booksellers come up in my book blogging community.

The owner of Read Between the Lynes has been like a mentor to me since I was ten years old. She's provided me with Advance Reader Copies for years (before I even really knew what those were), knowledge about the publishing industry, and even a job one Christmas season. I can say, without a doubt, I would not have the same memories if only a chain bookstore had been at my disposal all these years.

I attend a university in Kentucky, nine hours from Read Between the Lynes. Obviously I had to find a bookstore in the area to visit when my book craving became relentless. The answer was Joseph-Beth Booksellers. They have three locations, but they still count as a indie bookstore since they emphasize local authors and giving back to the community.

It looks even more beautiful when you're standing in the center of it all. Every time I walk in, I feel like I'm home. (Sorry, Mom and Dad.) Joseph-Beth's YA section is one of the best I've ever seen, and they always have at least one display nearby with a fun theme - and it's not the typical "What Teens Are Reading Now" or "You've Seen the Movie - Now Read the Book." And like I said above, Joseph-Beth gives back to the community. Their special membership is even called Gives Back. When you sign up for it, a percentage of every purchase you make goes to one of five charities (you can choose which to donate to).

My parents live in Virginia now, so that's where I go on school breaks. It's mostly chain bookstores here, but there is an indie bookstore, The Fountain Bookstore, in downtown Richmond, and I go there at least once a month.

They're smaller than Read Between the Lynes and Joseph-Beth, but I still get that warm, fuzzy feeling in the pit of my stomach whenever I step inside. They keep signed stock of Maggie Stiefvater's novels, and they have a fair selection of under-the-radar YA along with the well-known titles.

I'm fortunate to have had wonderful bookstores in my life, and they're one of my favorite things to find when we go on vacation. And of course there are bookstores I specifically want to visit someday:

~Books of Wonder in New York City - They sell all children's and YA books, which sounds like a dream to me. Plus, they get a lot of the YA authors who go through town on their book tours.

~Shakespeare and Company in Paris - Forget that it's in Paris for one second. It's an historic bookstore that pretty much everyone in my book blogging circle knows and dreams about. And it's in Paris (which is a traveling dream of mine to talk about at a later time).

~The Last Bookstore in Los Angeles - Obviously I'd go for the books, but The Last Bookstore is also beautiful. They have a literal tunnel of books (see below), and they've hosted weddings. That's every bibliophile's dream - to get married in a bookstore (or library).

Go forth, my fellow bookworms, and explore the bookstores of the world! Oh, and please feel free to recommend other indie bookstores you think I should add to my bucket list.

Caitlin Marie Grimes
University of South Florida
2138
Beyond The States