Spotlight And The Importance Of Strong Journalists

Through fantastic acting and great realism, Spotlight accurately showcases the role of journalists in uncovering the truth and informing the public about important issues. 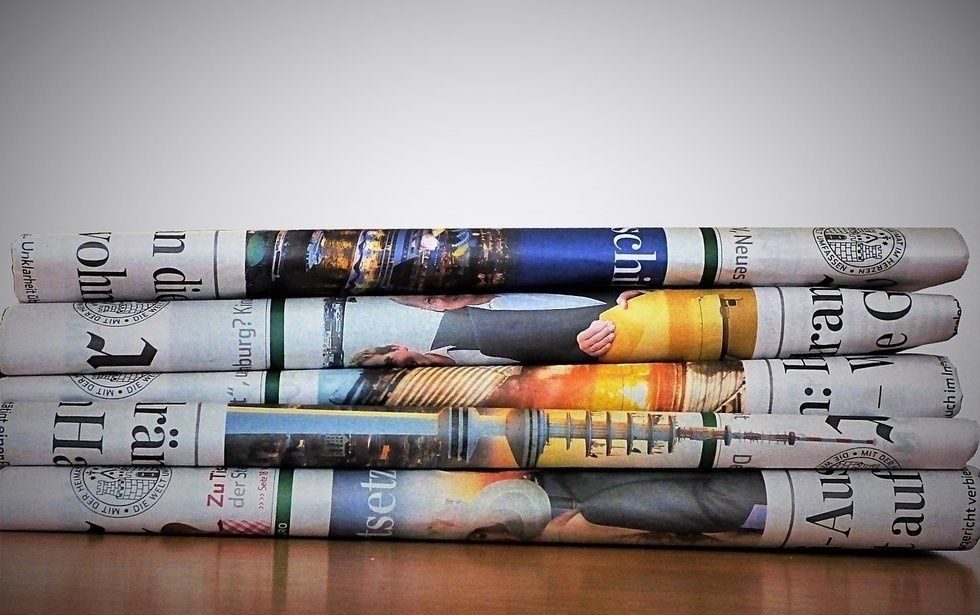 Journalists have the important and difficult job of covering complex issues. If not properly researched and reported upon, not only is a reporter's credibility lost, but also his readers are being misinformed about a story. Journalists also come under scrutiny because their stories may be uncovering the ugly truth about some of the most well-received institutions in the nation.

This is why the work of the journalists from the Boston Globe depicted in Tom McCarthy's Spotlight is so important. Despite the many attempts from the Catholic Church, the court systems and even some members of the Globe itself, the Spotlight team was able to get to the heart of the manner: that the Catholic Church has been abusing children around the globe for decades and their horrible actions were covered up by the seemingly ignorant masses.

The Academy Award-winning film itself also gets to the heart of this matter, showcasing the journalist's hard work and research while also displaying the Catholic Church's extremely widespread influence over the city of Boston that allowed the church to take advantage of the city.

While digging into a story that Cardinal Bernard Law (Len Cariou) knowingly allowed a Boston priest to work despite sexually abusing children, the team discovers that the story is much larger than just one clergyman.

At the core of the film is the great work by the Spotlight team. Each actor portrays his or her part with a great meld of realism and intensity. While each member initially just feels like they are taking a part in another story, they all soon realize that the actions of the church and the city of Boston allowing the priests to continue such actions has affected their lives dramatically.

Pfeiffer, although being raised in Ohio, went to church each week with her religious grandmother. Rezendes used to love going to church as a kid and was considering going back to pray. Carroll lived about a block away from one of the priest correction facilities and had to worry about him and his neighbor's children playing near that building.

Robinson went to a Catholic high school in Boston and acknowledged that, had he played a different sport, he could have been harassed by a priest who once taught at his school.

The fact that the priests had affected so much of their lives made the story personal for each member of the team. Each writer put in hours upon hours of work into the story, form discover the pattern of abuse (priests grooming children from low income, damaged families since they are less likely to speak out) finding names of every priest that may have been sexually harassed to interviewing damaged survivors and an attorney representing those abused (Stanley Tucci, who gives one of his best performances to date).

The actors each give their all to the performances and sell every moment. Keaton is fantastic as a man who is willing to destroy his relationships with his former co-workers and even his old high school in order to complete the story. Ruffalo's intensity and raw emotion towards finishing the story add to his character and to the toil of the journalists.

McAdams, while not a very flashy performance, is superb as a reporter who is a great listener, empathetically listening to the stories of the survivors while not backing down and committing to the story, even though she knows that it will crush her grandmother.

In smaller roles, Tucci and Schreiber shine as outsiders who want to do their job while finally providing justice for the victims. Tucci as Mitchell Garabedian is a character who is extremely busy but fights for justice and is willing to stand up to the city of Boston at all costs. Schrieber as Baron is a new editor who is very stoic and quiet (Baron himself said that his colleagues found the performance spot-on), yet is keen for getting to the heart of the story: a corrupt system.

Such a corrupt system is present throughout the film. Again, the Spotlight team's individual connections to the church provide a snapshot to the widespread control of the church. However, the church's control is larger than just the members of the team.

Almost every scene contains some sign of the church's influence, from Spotlight reporters conducting interviews with survivors in front of a church a montage of a children's choir singing "Silent Night" during Christmas season at church.

The city of Boston was also unwilling to allow the Catholic church to be deflowered. The opening scene features a Boston police station preventing the press from learning of the abuse from one priest in 1976. Several Boston judges prevent court documents from being released to the public.

Even Robinson and the journalists at the Globe tossed away information about the priests during the past decade. In fact, Phil Saviano, a survivor and the leader of an organization of survivors, was called crazy and unreliable by Globe editors five years earlier.

Despite former failures, Robinson and company trudged forward. They still put their mind and focus on finishing the story, as good journalists do. Thanks to their work, the horrible actions of the Catholic Church were brought to light and horrible priests were removed.

Such work shows why good journalists are important. By releasing this story, millions of abusers have been put away and will no longer affect more children.

Obviously, there is more work to go in improving the Catholic Church. However, the reporters at the Boston Globe were able to save millions of children from facing abuse around the country. Spotlight showcases this work and illustrates the role investigative journalists have in informing the public of issues and finding the truth.

As Marty Baron himself stated in a column for the Washington Post, the film impacts the nation in that it has a major impact "On journalism, because owners, publishers, and editors rededicate themselves to investigative reporting. On a skeptical public, because citizens come to recognize the necessity of vigorous local coverage and strong journalistic institutions.

And on all of us, through a greater willingness to listen to the powerless and too-often voiceless, including those who have suffered sexual and other abuse."