To The Sport I Left Behind
Odyssey

To The Sport I Left Behind

Softball will always be a big part of my life. 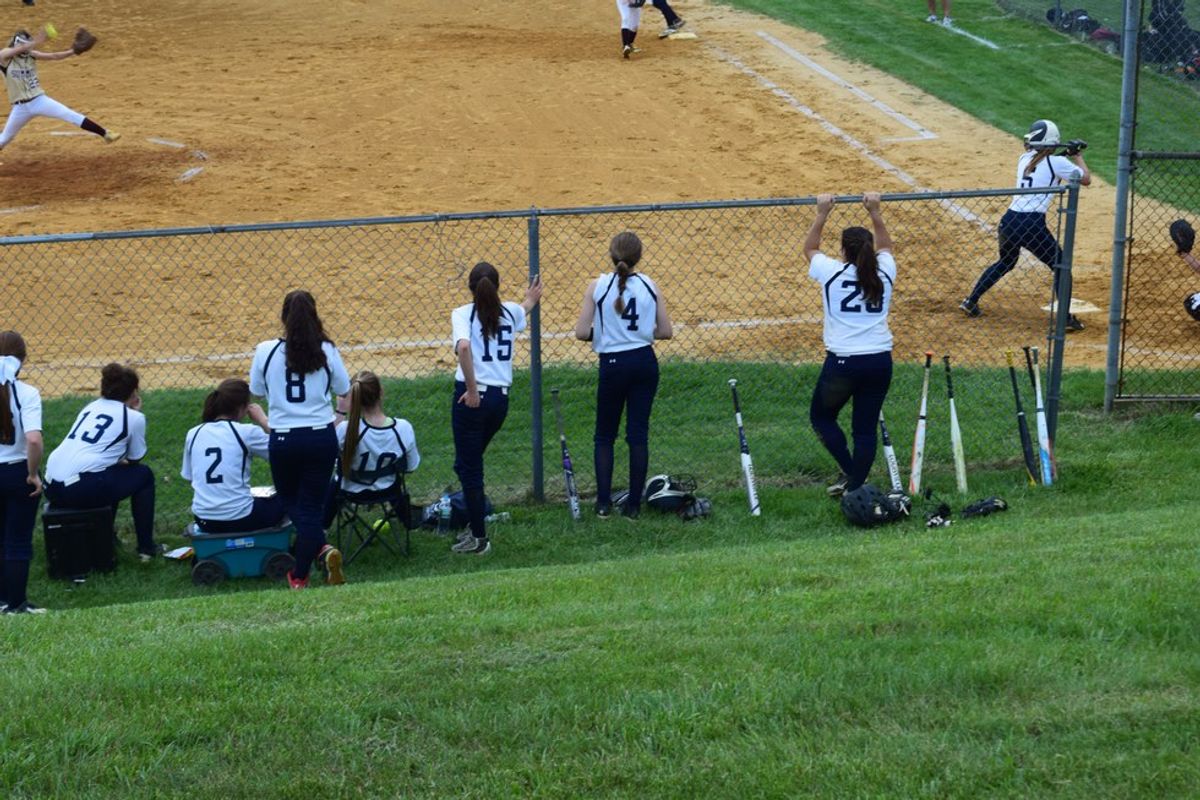 It has now been two years since I last laced up my cleats and ran out onto the dirt of the softball field.

High school was the last time I played my favorite sport, softball. I had played since I was a tiny toddler, about 6 years old. I remember my dad bringing me to T-Ball games bright and early every Saturday morning during the spring. Even though I was only hitting a ball sitting on top of a tee, I had caught the bug of the game.

Throughout elementary school, I wanted to get better and better at this sport. I watched many baseball games to learn the game, and became a huge New York Yankee fan in the process. Derek Jeter was a household name, and I loved to watch The Captain play on TV. I also heavily researched the USA softball team and the pitcher Jennie Finch became my idol. My little ten year old self wanted to take the mound for the USA team, throw fast strikes and hit home runs. I had a lot of dreams as a child.

Little league had its ups and downs. I learned fundamentals of the sport, like the proper way to throw, then changing my batting stance multiple times to get more hits. I also met some of my closets friends, some who stuck with the sport, and others left the team but became my fan base, cheering me on from the bleachers. I also experienced an array of coaches, and a new team was always a gamble. I had some coaches who wanted to focus on improving our skills, while others were more concerned with wins. Granted, some teams were more competitive than others, so it was always interesting to have a mix of both types.

My favorite coach was my first coach, my dad. He taught me how to hit the ball out of the park and how to throw the runner out at home. He made the game fun, but was still professional enough that I wasn't given the "coach's kid" treatment. He was my coach up until high school, but he still would give me tips after every game, reminding me there was always something to work on.

I also got hit. A lot. It seemed every other week a new bruise would appear on my legs, from a line drive that skipped my glove or taking a hard slide into second. This only taught me to get right back up. My enthusiasm for the game was so high, I learned to take the hits with a smile because I did not want to sit on the bench and watch the games. I wanted to be a part of the action!

My high school years were definitely my favorite softball years. I met some of the most amazing and strongest players there, some who are still lucky enough to play in college. My closest friends came from that field, we were always there to lift each other up after a bad game, or help each other out off the field. The competition was high, which only made me push myself to improve every practice.

I miss stepping up the plate in the bottom of the seventh, hearing my teammates cheer me on every pitch. I miss diving into the rough grass of center field, just catching the ball before tumbling on the ground. I miss high-fiving my teammates after rounding third and safely making it home. I miss the hot summer afternoon where you felt the sweat dripping down your neck and you stared down the pitcher on the mound. I even miss the cold spring mornings, where we could see the frost on the grass, but that only meant wearing more layers during practice. The end of senior year in high school meant the end of my softball career, and I can't help but get nostalgic about those times. I never realized softball was such a big part of my life until I wasn't playing anymore.

There have been times I've hit grounders to my younger brothers, prepping him for baseball tryouts. I've even gotten friends at college together to play a pick up game. Although these moments bring me joy, I still miss playing on an organized team.

To the sport I left behind, I have not forgotten you. You have shaped me into the person I am today, and I am so grateful you are such a big part of my life. To all the girls lucky enough to play the sport now, enjoy it while you can. There might come one day where all you can do is look back and smile at the memories of those first days on the dirt.