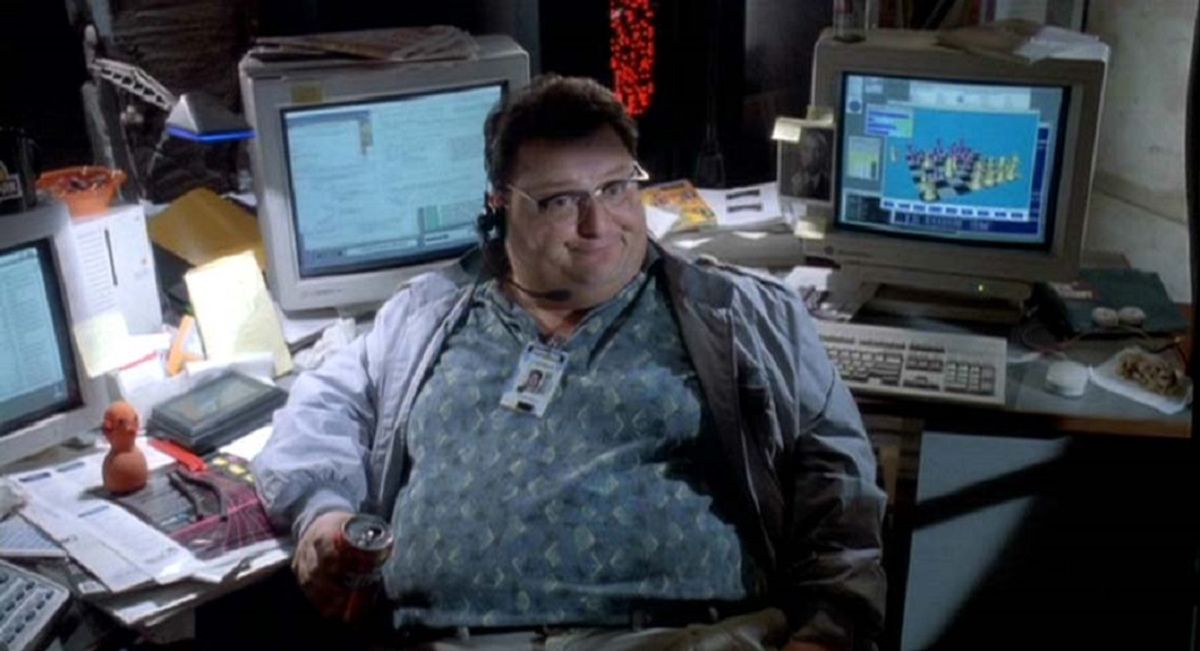 My beliefs on this matter are in no way unique. Basically since the dawn of the internet, trolls have come out of their caves to try to ruin people's joy and crush people's spirits in one way or another. Sometimes these trolls threaten people with real harm, and other times they just toy with people's emotions and take the fun out of everyday things.

Why? I don't really know. I don't know if any of us will ever know.

But the problem really isn't just trolls. The problem is a general lack of consideration for others.

This isn't exclusive to popular culture. Just drive on a highway at any given time and you will realize a good chunk of people live their lives with a "Me first!" attitude.

They'll cut you off without signaling. They'll be texting while they're driving because their social life is clearly significantly more important than the lives and well-being of others. If you come across a really special person, they'll brake to a full stop on a highway and put their car in reverse (no, I'm not kidding--I've seen this happen twice now) to get onto the off-ramp they accidentally missed (probably because they were distracted by their phone).

Probably a factor in this attitude is an element of self-importance. I think we all go through a phase like this in our lives.

When I was a teenager, I was a goth kid who was (and I still am) into heavy music. If I liked a relatively unknown, "underground" band, and then that band started to get radio play, I would become incredibly resentful and try to make it a point to tell everyone I knew that I liked them before they got popular. And because I had liked them longer, no one else could possibly appreciate them as much as me. And I'm not trying to be funny here, but it's like I had a hipster attitude before hipsters were a thing.

Anyway, I grew out of it. Most of us do, and we can laugh about it now.

Unfortunately, there are people who continue living their lives feeling resentful that things they like are popular culture now. It's sort of obsolete to refer to yourself as a nerd anymore because the things that once made people seem nerdy (books, video games, superheroes, etc.) are all popular now. EVERYONE likes these things.

And if everyone is a nerd, no one is actually a nerd. I think the modern-day equivalent of a stereotypical 1980s "nerd" are actually certified psychopaths that no one wants to be around because they probably spend their free time dissecting animals in their mother's basement.

So to the point of this tirade. In case you've been living under a rock for the last couple of weeks, Avengers: Infinity War came out, and it was a fantastic film. And as with all highly anticipated films, books, movies, TV shows, video games, etc., the trolls come out of the woodwork to ruin people's joy.

I was lucky this time around. I didn't get to see the movie until the third day after it was released, and even though I didn't stay away from social media, I didn't get anything spoiled for me.

A lot of people weren't so lucky. Spoilers were so prevalent for this movie that the backlash was trending on Twitter.

I know not everyone who spoils something for others is trying to be malicious. People get really excited about movies they like and want to share their thoughts, but there are so many ways to go about this without risking ruining it for others. I've seen people post on Facebook: "SPOILER ALERT! SPOILER ALERT!" over and over, taking up the length of the post before anyone reading it would have to click "read more" before seeing the actual spoiler. This is a pretty good method, though it still runs the risk of someone's comment being visible to someone else just scrolling past and getting an accidental spoiler from that. Direct messages to people you know have already seen it an even better idea.

For the most part, I think people's intentions are good.

Unfortunately, the reality of life is that people often suck. People often intend to take the joy out of things for other people. And people often justify their attitudes with, "Well, if they had read the comic books like I had..." or, "If they didn't see the movie on opening weekend, it's their own fault!"

That is so unbelievably inconsiderate. First of all, I think we all know that movies and TV shows based on books almost never follow their source material perfectly. Whole characters are taken out of the story, and whole new characters are sometimes added in (*cough* THE HOBBIT *cough*). So to say that if a person had read the comics they wouldn't need to worry about spoilers isn't fair.

Lord of the Rings is my favorite book series AND my favorite film series. The movies loosely follow the books--well enough that I could anticipate what would happen. And you know what? The films came out almost half a century after the books did--plenty of time for everyone to have read them before seeing the movies, and I STILL didn't find it necessary to spoil anything for anyone just because I had read it and they hadn't--and these films came out WHEN I was going through my "I knew of it first" phase. That's not an excuse.

Regarding the idea that if people don't see a movie as soon as it comes out, it's their own fault...give me a break. I'm sorry some people work odd hours and weekends. Some people have kids to take care of, so seeing a superhero movie isn't exactly a pressing matter. Some people simply can't afford the luxury of seeing movies in theaters. The "I'm a bigger nerd and have no other aspirations in life than being the first to see a movie so I can spoil it for others" is the most pathetic form of a dick measuring contest I can think of.

Trolls are going to troll. I know that. But please, if you see nothing wrong with spoiling things for others, pull your head out of your own ass and try to see things from the other side.

In the meantime, I encourage everyone else to familiarize yourself with spoilers for movies, books, TV shows, games, etc. that you personally don't care at all about. Keep that information stored in your back pocket. Next time a troll spoils something you care about, look into their interests a bit. Find out what they're looking forward to, and throw a massive spoiler right back in their face. Perhaps a taste of their own medicine will cure what ails them.