The Merlin Engines in Falcon family. 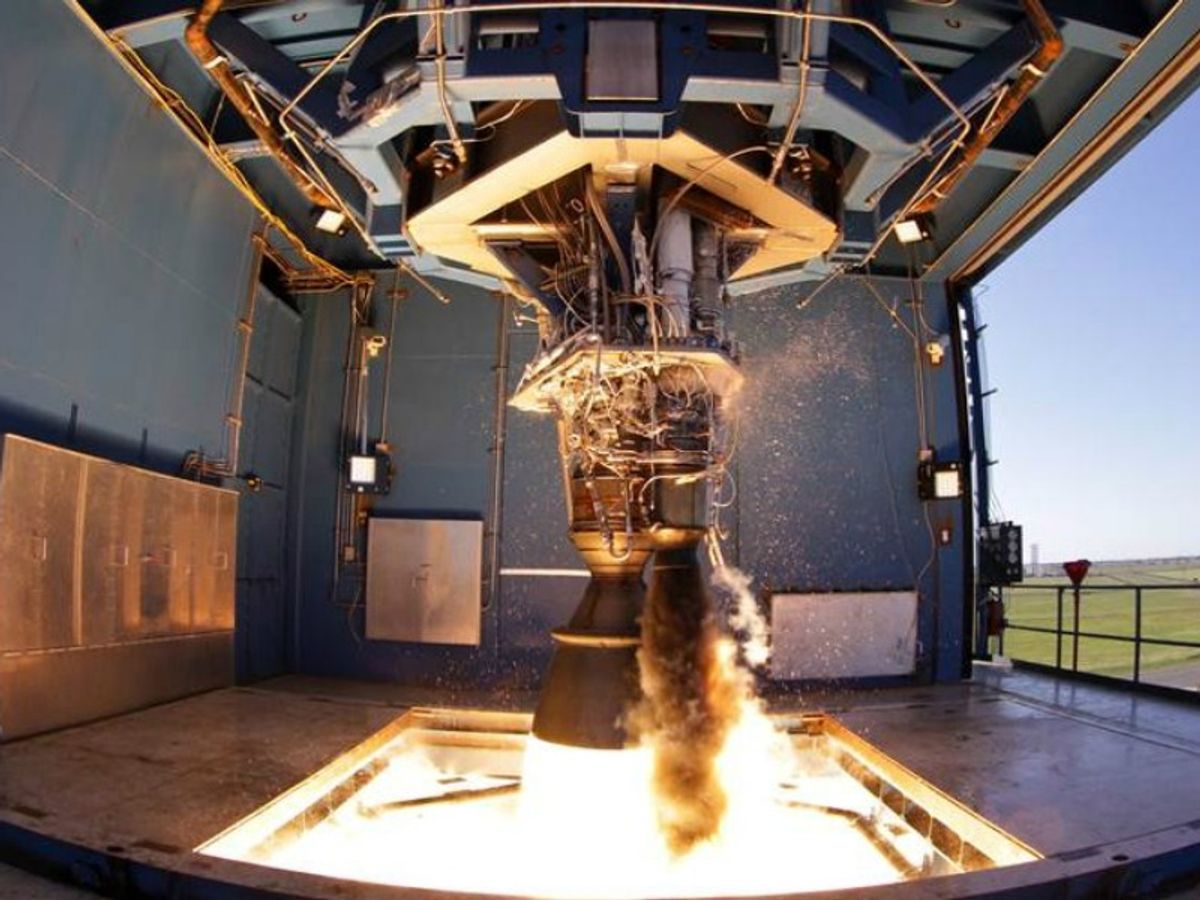 SpaceX is one of NASA's direct collaborators. The Space Exploration Technologies Corporation founded by Elon Musk is an aerospace manufacturer created with the purpose of reducing costs in space transportation while also focusing on the exploration of Mars.

SpaceX is changing the world along with NASA as they work hand-in-hand towards the advancement of knowledge specifically, the improvement of comprehension of our Universe. Yet as we discover more, the more we realize how ignorant we are to the vast expansion of the cosmos.

SpaceX's vehicle family includes the Falcon launch vehicles and the Dragon spacecrafts which deliver payloads into Earth's orbit and towards the International Space Station.

Kerosene is a combustible hydrocarbon liquid which is derived from petroleum.

The Merlins are a family of rocket engines developed by SpaceX for exclusive use on Falcon 1 and Falcon 9. But soon, Merlin engines will be used on their Falcon Heavy.Its first launch is being scheduled for summer of 2017.

The Merlin engine is designed to be re-used and recovered, therefore it acts in a gas-generator power cycle with RP-1 and liquid oxygen as rocket propellant. A gas generator cycle burns some of its propellant and then uses its resulting gas to power the engine's pumps.

At the center of a Merlin engine is a "pintle" injector. These "pintle" injectors were first used by the Apollo program for the lunar module landing engines. The key role of an injector is to distribute the propellant into the combustion chamber at an applicable mixture ratio, pressure, and spray pattern to originate and maintain stable combustion.

There are 6 versions/revisions for the Merlin Engine.

Merlin 1B- Turbo-pumps were intended for Falcon 1 launch vehicles and handled by Barber-Nichols Inc. for SpaceX. An advancement of 1B over the 1A was the change to TEA-TEB (pyrophoric) ignition over torch ignition.

The destined use of Merlin 1B was for Falcon 9, on whose first stage there would be nine of the engines. SpaceX improved and went onto Merlin 1C, which is regeneratively cooled.

Merlin 1C- regeneratively cooled nozzle and combustion chamber. The turbo-pump is the same as the Merlin 1B with only slight alterations. It powered flight 4 of Falcon 1 on September 2008 and the maiden flight of Falcon 9 on June 2010. It characterizes itself as "first privately-developed liquid-fueled rocket to successfully reach orbit."

Merlin 1D - developed in 2011~2012 with first flight in 2013. Designed for a sea level thrust of 620 kN (140,000 lbf). Space X planned to further uprate the Merlin 1D by increasing vacuum thrust to 914 kN and sea-level thrust to 845 kN; according to SpaceX, the additional thrust will increase Falcon 9 LEO payload capability to about 22 metric tons on a fully expendable mission.

Merlin 1D Vacuum- developed for the Falcon 9 and the Falcon Heavy second stage. "According to a SpaceX-released Payload User's Guide, the Merlin 1D Vacuum can throttle down to 39% of its maximum thrust, or 360 kN (81,000 lbf)."

These advances in technology,engineering and the sciences are continuously revolutionizing our world.

Elon Musk is dedicated to the essential methods of creating innovations in engineering nowadays.

He remains an inspiration to be active in order to achieve our goals and never settle. We shall never stop working towards our dreams.

For what it seems like The Technological Revolution, Space X and NASA continue to give us hope for the widening of our minds' limits and the improvement of our own beings.