Southern Hospitality Is As Fake As The People Who Practice It

Cause everywhere else in the country, it's called being a two-faced little.... 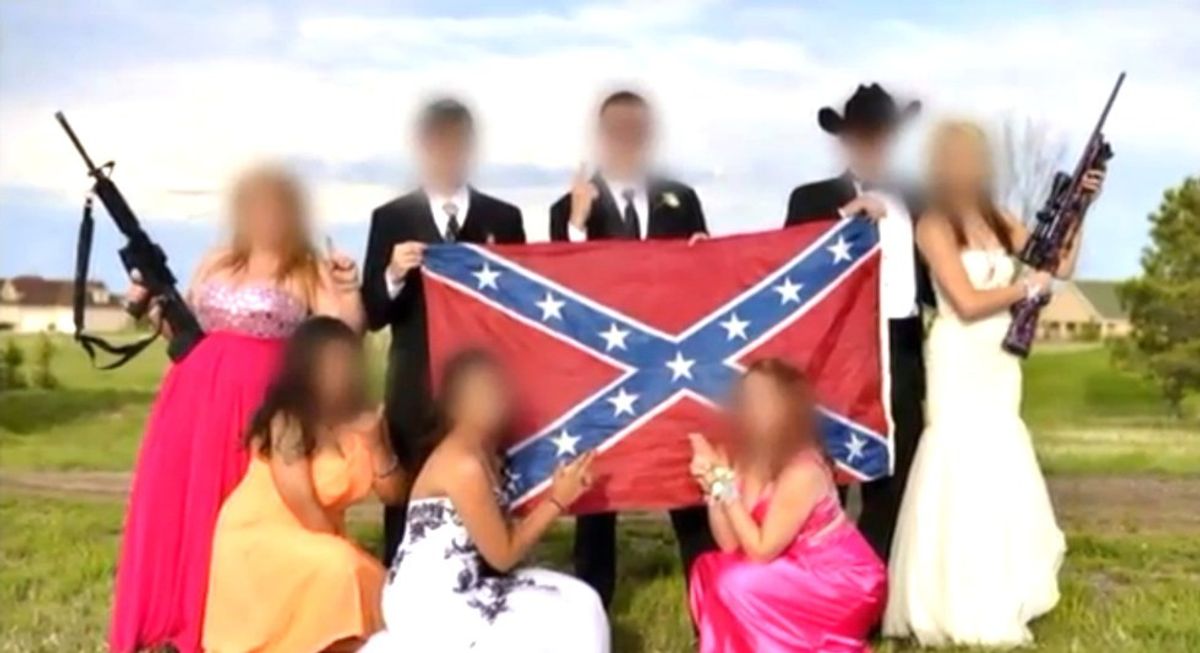 The Southern part of the United states is famous for its fried food, slow pace, and good old southern hospitality. It’s the practice of being particularly warm, sweet, and welcoming to strangers or visitors to one’s home. It can come in the form of compliments, unhurried conversation, and doting on guests' every desire. Almost sounds too good to be true, right? Well, that’s because it is.

Southern hospitality may be nice on the surface until you realize the person being hospitable is completely and utterly faking it. I don’t know how anyone in the south can figure out if someone really likes them or if they are just being “hospitable.” Because the second you leave or turn your back, they are talking crap about you.

And Southern hospitality only applies to those who are Christian, right-winged, and straight. They'll be friendly and folksy until they figure out you're either a non-Christian, a leftist, or homosexual. Because, if you don’t fit into their stereotype, you aren’t deserving of kindness.

I was bred in Boston. Bostonians are very blunt. We tell it like it is in the northeast; No nonsense. When we don’t like someone, we aren’t overly kind to their face. Because, to a northeastern resident, that is considered fake. If you grew up in New York or Boston, or anywhere in the northeast, you know that pleasantries are a waste of time. It takes a lot of energy that people don’t have to be disingenuous. And time that you don’t have.

What's the use of wasting precious time lying to someone's face? You don’t have to be rude, but you don’t have to be nice. If you have to hide your social judgments with “please”, “thank you”, and “bless your heart”; you’re being fake. I prefer the north, where people don’t hide their judgments in kind words: they were them on their sleeve. There is something incredibly patronizing and condescending about the term "bless your heart" in general.

The reason for the disingenuous behavior in the south has been explained by psychologists as a culture of honor. In cultures of honor, people's behavior in overly polite, excessively generous ways to people's faces in order to not offend their “honor.” Because, in that culture, people react more dramatically when they feel their “honor” has been challenged. So, in order to avoid conflict, everyone behaves in an overly polite, kind, and affectionate manner as to not offend anyone.

It’s been deemed as one of the reasons the American South has a much higher violent crime rate. Men raised in this culture feel the need to act aggressively when challenged. It’s also been noted that part of the problem is the politics of the Bible Belt. “Politically, people in the South tend to reject gun control, favor capital punishment, corporal punishment and the building of a strong national defense.” So southerners, your beliefs seem a little contradictory to your nicely-nice facade you put on. It's actually funny how the same region that lynched people for being another race, implemented Jim Crow laws and commits more violent crimes then the rest of the nation wants to preach about manners.

A 1996 study tackled this idea of the culture of honor. 42 northerners and 41 southerners were taken and told by a research they’d need to go through a hallway to get to the next research room. In the hallway, there was a man set-up to bump into the other man and call him a name. After being bumped into, the Southern testosterone was miles higher than the northerners. They take greater offense to insults. (read the full study here)

Maybe it’s because southerners aren’t used to being insulted, but I can’t comprehend why you would want someone to lie to your face and call you names when you aren’t around. Just call me the name. I don’t want to have to overanalyze every social interaction to determine if someone actually likes me or they're just following their southern social norms.

Recently, a Louisiana native pulled the wool right over my own eyes. She came to my house, cooked me and my family many great meals, and showered us with compliments and kind words. In reality, she had a huge problem with my jokes, my political beliefs, my religious attitudes, my cussing, and the rest of my family.

As a native northeasterner, this behavior is baffling. I’ve never been forced to decipher how someone feels about me since people are usually honest and upfront about their beliefs. So I assumed she genuinely believed the nice things she said, but nope. I didn’t realize they were all two-faced.

If you don’t like someone, you don’t have to outright rude to them, but you sure as hell do not o out of your way to make them think you like them.

So here’s my cry to the south: start having honest interactions with people. Don’t compliment someone’s clothes if you think they don’t fit correctly. Don’t say the meal was delicious if you're hacking it up in the bathroom. Don’t tell someone you liked their singing voice if you find yourself wanting a pair of earplugs.

And, if you need help figuring out what “honest” means, here is the dictionary definition of it. To be honest, means to be “sincere: frank”. Sort of like how we do it in the north, huh? Y'all could take a page from our book.

So if you are going to come into my house and act completely fake, y'all better NOT come back now, ya hear?