It's well-known that racism thrives in societies today, but it's new to see South Asians speak out about racism haunting the workplace. 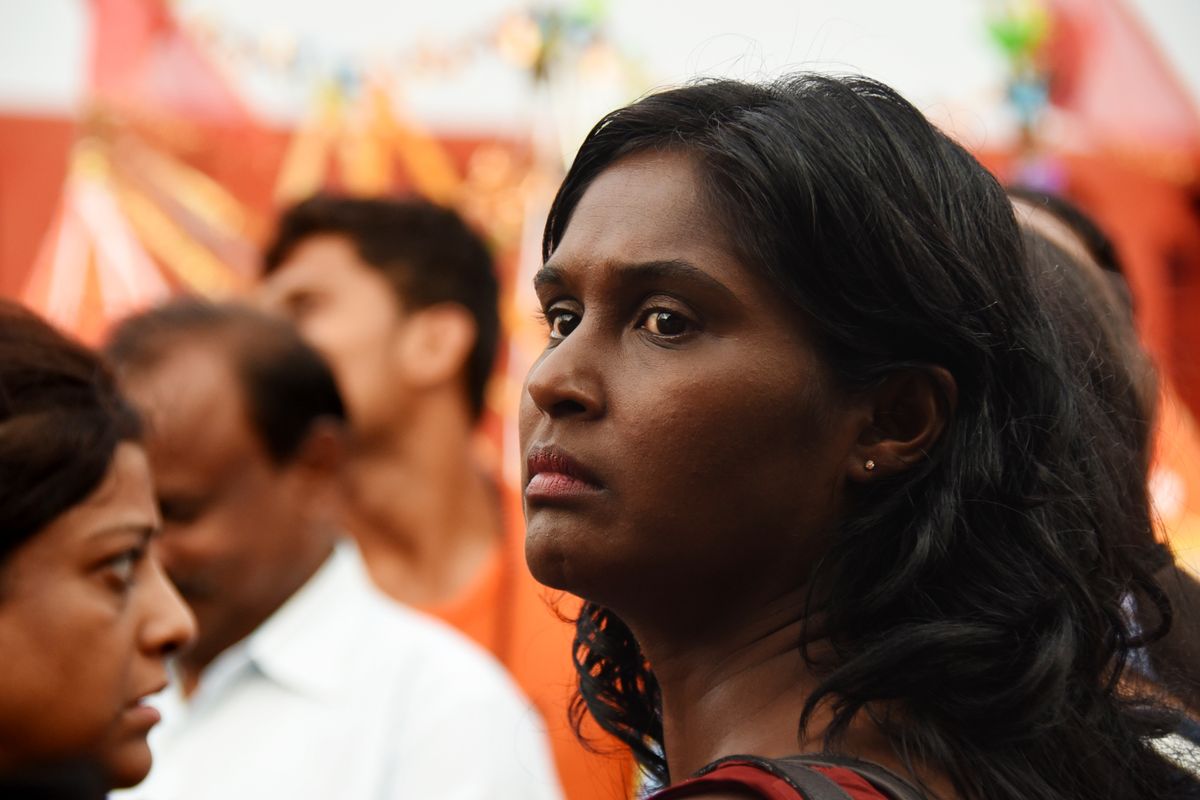 A few weeks ago, I noticed I had a notification from Instagram about a message from someone I had never met in my life. Anjali Sadalge had messaged me personally about writing a piece regarding the racism South Asians face within school and the workplace. I simply could not say no to writing this, for I have also had my fair share of incidents under this same issue.

She needed to get the word out to the world, and she did so by interviewing South Asians around her about the one question we all needed to hear out loud: would you say that ethnic background and race have an impact on your success at a workplace and how you are treated in public areas, like school?

One by one, she asked this to four different people, so without further adieu, here are South Asians' responses to a question the world needs to ask more often.

Please note that some people's names have been changed to protect the privacy of these individuals, and any text within brackets has been changed for clarity or grammar purposes.

"Race and ethnic background should not be the judge[s] of your success in any aspect of your life, but sometimes, without us realizing, [they are]. One experience that I've known to be true is that people always expect Asians or Asian-Americans to excel in academics just because of stereotypes that have built up over the years.

"I've personally never felt that stereotype, but many of my friends have told me experiences that they have encountered in this scenario. There are also multiple perspectives... in which people believe that certain [racial] and ethnic [groups] are more likely to succeed in the workplace. For example, many people feel discouraged from going into the business world because they feel... there is already a racial hierarchy present in that industry.

"Diversity is an extremely important part of our world today, and many people from different backgrounds bring different and unique perspectives to contribute. It is important to not feel as though you will not succeed or that your race and ethnicity can hold you down. Everyone deserves an equal chance to achieve something great in our world!"

"Yes, you see discrimination everywhere, but mainly, I have seen it coming to America in the workplace. You see groups forming in workplaces where people of [a] certain ethnicity or skin color stick together and sort of create this barrier that people have to overcome or climb over, and instead of basing decisions on people's qualifications, it can sometimes be based on how you look or how you talk and present yourself that appeals [others].

"You see discrimination in promotions as well, and rather than being promoted [based] on... work, ethnic people can get ahead [based] on other [factors], such as how much they are preferred over other individuals by promoters or even by race. And I am not saying this happens all the time, but... ask someone if they have ever seen something like this happen. And I guarantee at least someone knows what I am talking about.

"In terms of public areas, I see it a lot on the news how African Americans — for example — get pulled over, checked and even gunned down, which is horrifying, but something [the news] never focuses on is the other races that are having the same thing done to them... which is also wrong. I personally have never been in a situation like this, but I know many people I know [and I] tend to avoid certain areas where we think we might be discriminated against. I don't think that people should ever have to have that subconsciously in their heads, but they do. And that needs to change."

"Yes, absolutely! People perceive me differently based on their own values, beliefs, life experiences and in general, the upbringing from their own [families]. I work in the service industry at the YMCA. Some people accept me, and others are more wary and cautious."

SEE ALSO: Being An Indian-American Means You're Breaking One Or Both Societies' Beauty Standards

"In terms of standing in line... at the grocery store or some place like school, you feel different only if people are hassled. If it's an area where people are rushing in and out and they feel that you're in the way, you'll get a random comment, like 'Go back to your country,' or they'll look down on you in a certain way. So yes, you do feel a certain amount of alienation sometimes."

Sadalge followed this response with another question: What do you think creates these barriers?

"It's a lot to do with your interests and your social environment. Say, sports. If you've never watched football growing up and you have no interest in it, in addition to looking different, you also cannot have a full-fleshed conversation with someone. Subconsciously, you get sidelined and separated from the group.

"Over time, you do get sidelined and discriminated [against]. Some opportunity comes up, [people] prefer somebody they can connect with rather than somebody they have to make an effort to connect with. Of course, your work ethics [do] go a long way, but it isn't the first thing that comes to mind when you're pulled up for [an] extra project [that] can highlight your career."

I would like to specially thank Sadalge for reaching out to me about this important topic. For South Asians, it's no longer about dreaming of the day we can stand up for ourselves against racism. It's our time to resist the hatred that has been shutting us down for centuries throughout the world.

racism
Report this Content
This article has not been reviewed by Odyssey HQ and solely reflects the ideas and opinions of the creator.