another day of sun soundtrack of my life

The Soundtrack Of My Life: 'Another Day Of Sun'

An ode to optimism, music, and the undeniable magic of believing. 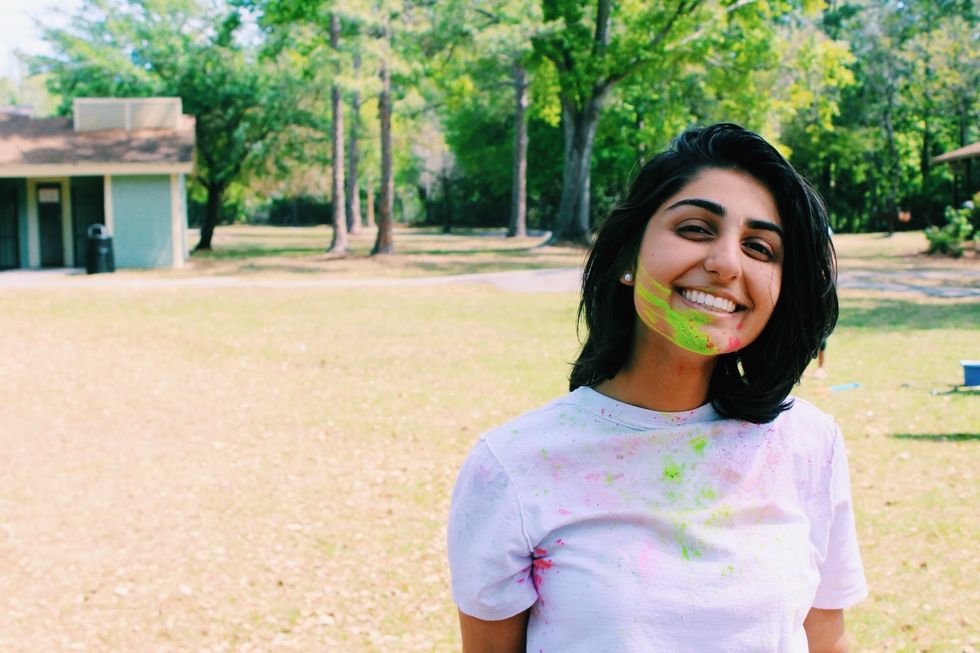 Recently, for my English class, I was asked to write about a song that I feel would be on the soundtrack of my life. This was tall order for me, and not because I couldn't think of one, but because I could make playlists upon playlists for songs I think should be on the soundtrack of my life. Listening to music has always been a deeply emotional experience (as most things in life are) for me, as I am constantly subconsciously attributing memories and feelings to every song I listen to. This makes it particularly difficult to listen to music sometimes, especially when you have visceral emotional reaction to every song from "The Reason" by Hoobastank (objectively one of the best songs ever written) to "All Star" by Smashmouth (I wish I was kidding, but I still can't listen to this one).

But finally, after about an hour of shuffling through my Spotify, I settled on a song that I felt served as a fairly accurate representation of me as a person. Full disclosure, though: I wrote about my connection to this song for my University of Southern California application and received a rejection letter in response, so perhaps this analysis isn't my best work, but bear with me.

"Another Day of Sun" from the movie La La Land—which, by the way, was one of the most breathtaking cinematic experiences of my life—comes as close as a song written by another can to embodying my mindset toward life. More than the happy and upbeat tune—although that undoubtedly plays a role—the story that the song tells truly encapsulates my "enduring optimism" (as a friend aptly referred to it as) and my view of the world through rose-colored glasses.

The song focuses around a young girl moving to Los Angeles (which, coincidentally, is my hometown) to idealistically chase her dreams, leaving behind the concerns that tether her to her suburban roots. She washes her hands off of her sweet, but comparatively unexciting, a boyfriend from back home and arrives in the city of dreams with pocket change to propel her into her gleaming future. Yet, despite the fact that she is embarking on this journey alone and without a penny to her name, she remains optimistic, certain that someday she will be one of the silver-screen-stars that inspired her to take this risk in the first place—and maybe inspire someone else to do the same, too.

Although I don't have any lofty goals of entering show business, the blinding passion portrayed in the song strongly resonates with me. Perhaps my favorite thing about myself is my passion; when I truly believe something, I will fight for it against all odds, driven by the fire in my heart. Coming to college with little to no plan, all I knew was that I wanted to write and advocate for others—my two greatest loves. I knew I wanted to go to a big city, trading my comfortable suburbia for the uncertainty of a concrete jungle. I knew that even though it was more expensive, I would work and apply for every scholarship I could find and somehow, the stars would align for me. These dreams pushed me forward for the majority of my life, having talked about leaving Orlando for the "big city" since elementary school; I was always under the impression that, for some reason, my dreams were too big to be contained by my surroundings. I know, I'm a cliche, but I have to own up to my own pretension.

The song also serves as a representation for one of my most detrimental qualities; although I value the unwavering optimism I hold in my heart, I also often set myself up for disappointment by actively choosing to see the best in every situation, person, etc. As I'm almost always guided by my heart rather than my head, I think I often get caught up in the potential of things rather than the reality of them. While I don't want to give any person or situation enough power over me to change my worldview, I often wonder if the cynics of the world have it easier.

But I quickly brush away these thoughts, slipping my rose-colored glasses back over the bridge of my nose, disregarding the failures of today in hopes of another day of sun tomorrow.

zoya wazir
Report this Content
This article has not been reviewed by Odyssey HQ and solely reflects the ideas and opinions of the creator.