Songs That Are Amazing But Too Short
Odyssey

Songs That Are Amazing But Too Short

It should be a crime for good songs to be too short. 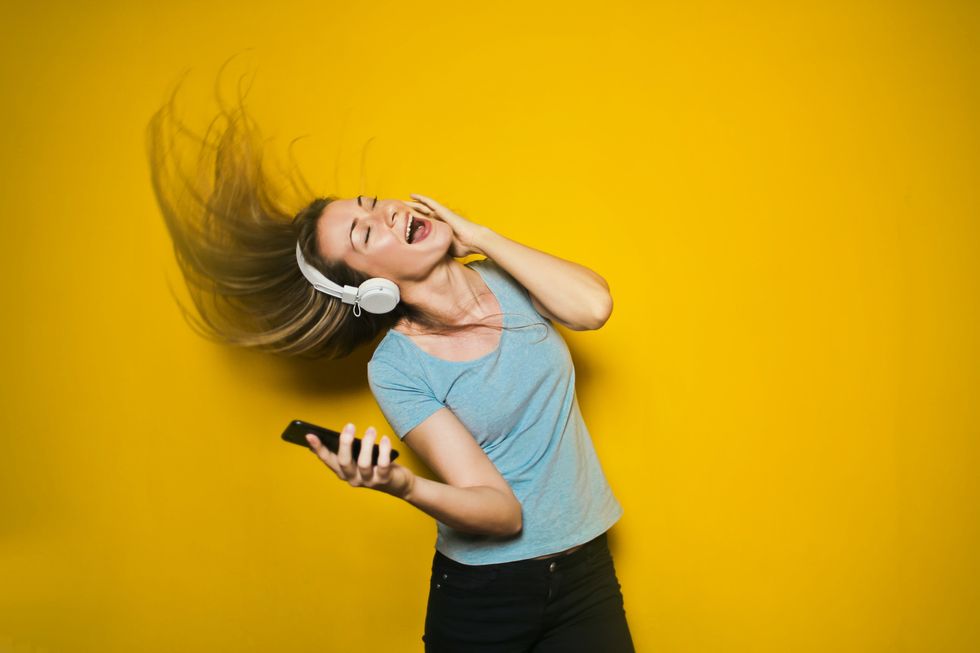 Photo by bruce mars on Unsplash

You've heard them and you gotta have your favorite. You know, that great song that in its lasting few seconds, starts to kick into high gear and leaves you wishing for more. I know right, frustrating! Well here are a few.

This song by Drake is about a 1:46. It is sung completely by Majid AL Maskati and is towards the end of the Views album. The song captures that melancholic turn back to cold weather. It is available on Spotify and Apple Music and only music premium on Youtube.

This song sadly ends at 2:00. Higher is on her Anti album. This song took approximately 20 minutes to write and in Vogues April 2016 Cover Story, Rihanna compared it to a drunken voicemail. Rihanna was actually a little bit tipsy during this recording session and it's amazing because we get the first appearance of "last call Rihanna", a drunk-dialer with a ruined voice box, an insatiable burning in their loins, and an alarming lack of interest in maintaining dignity.

Hope comes out to be 1:50. Hope is the 16th track on the "? (question mark)" album. It was released through X's SoundCloud page. The song is dedicated to the kids who lost their lives during the school shooting in Parkland, Florida. X released this song to motivate and uplift other kids, as he described this song on its SoundCloud description, "follow your dreams, and know that even though you have lost, you have guardian angels watching over you, day in and day out, the last thing they want is for their lives to be lost in vain, make them proud! live full, healthy, genius lives!"

2:00 was all Summer Walker needed to get us hooked on her. This song is apart of her Girls Need Love Album. Summer recorded this song on a voice memo with just her and her guitarist and sent it to her producer who just synced it up to a recording. This just adds so much texture to the song. If everything was well-produced and tightly recorded, it might have not resonated as well. She only sang this song once and didn't have to redo any vocals, isn't that amazing. The vocals you hear in the song are the same vocals from the voice memo.

5. Close to You by Frank Ocean

1:25. "Close to you" is a cover of Stevie Wonder's cover of "Close to You" by Burt Bacharach and Hal David. In Frank Oceans 2019 GQ Interview he says: I was living in a hotel, and I remember listening to it and being really nailed to the floor by Stevie Wonder's interpretation of it. That version moved into my favorite-songs-of-all-time list, right there with Prince's "When You Were Mine." I don't know what creates that feeling of "I have to sing this song."

At 1:23, "Alexis" is a song written as a Letter to an Ex-girlfriend about a new found love which was lost quicker than expected. Even things that seem Perfect have an End. This song is extremely underrated with a mellow beat with a really good beat to it and lyrics that are relatable.

7. Next Song by DaBaby

With only 1:20 DaBaby flexes his lyrical abilities and flows on "Next Song," which serves as the intro on DaBaby's 2018 mixtape "Blank Blank" and is one of his most famous songs to date. On the track, he raps about his competition in the rap game and details his privileged lifestyles. He released the 2:13 music video on Youtube, on November 2nd, 2018.

1:38 Bands is produced by Portuguese producer, Foreign Heat. Comethazine tells Verified: "The actual chorus was a verse in a different song. So that "Bands, bands, bands" s***? That was just a verse that wasn't originally a hook, you feel me? Then I had went into the song, I was like, "F**, that should be a hook." I told the engineers just to cut it and make it the hook. And then I did a new verse after the hook and just was a smash. I didn't even think It was good, but I hated the song bro. I hated it. Thought it was garbage, thought it was thrash. I f*** with it now though, 'cause everybody else f*** with it. "The hook was just a freestyle. Then after the hook, I just sat down and listened to the beat and just went slower. I didn't use the same fast pace. I freestyled the verse, too, but I took the hardest part of the freestyle and just wrote off of that. You feel me? That's how I always work, write, and stuff. I just freestyle and then take the hardest part of my freestyle and just go off of that."

John Mayer recorded a pair of songs titled "Wildfire" for his Paradise Valley album. The first was a mellow, minute-and-a-half tone poem written and performed by Frank Ocean, and the second was a response penned by Mayer, which briefly cracked the Billboard Hot 100 based on digital sales. In this 1:25 interlude "Wildfire," Ocean sings about "burning trees in the basement" and a companion being "suicidal" in Paris.

0:37 "raindrops (an angel cried)" is the introduction to Ariana Grande's fourth studio album, "Sweetener". This song is a cover of The Four Seasons' "An Angel Cried." Grande was also intrigued by the origins of the track, she told Fallon. "And I went to go check to see who wrote it, I was curious, you know, and so it turns out… this is so crazy, you all are gonna think I'm lying. But my grandfather's best friend, who I grew up hanging out with in Boca, Charlie Calello, with Bob Gaudio from The Four Seasons, and that really gave me goosebumps." The track was first teased in her "No Tears Left To Cry" music video, and was hinted again in the "Np Tears Left To Cry (BTS- Part 2)" video. The song was later confirmed by Ariana during her appearance on The Tonight Show with Jimmy Fallon on May 2nd.