Be Someone Who Shows Up
Odyssey

Be Someone Who Shows Up

Nothing makes people feel better than when someone shows up for them. 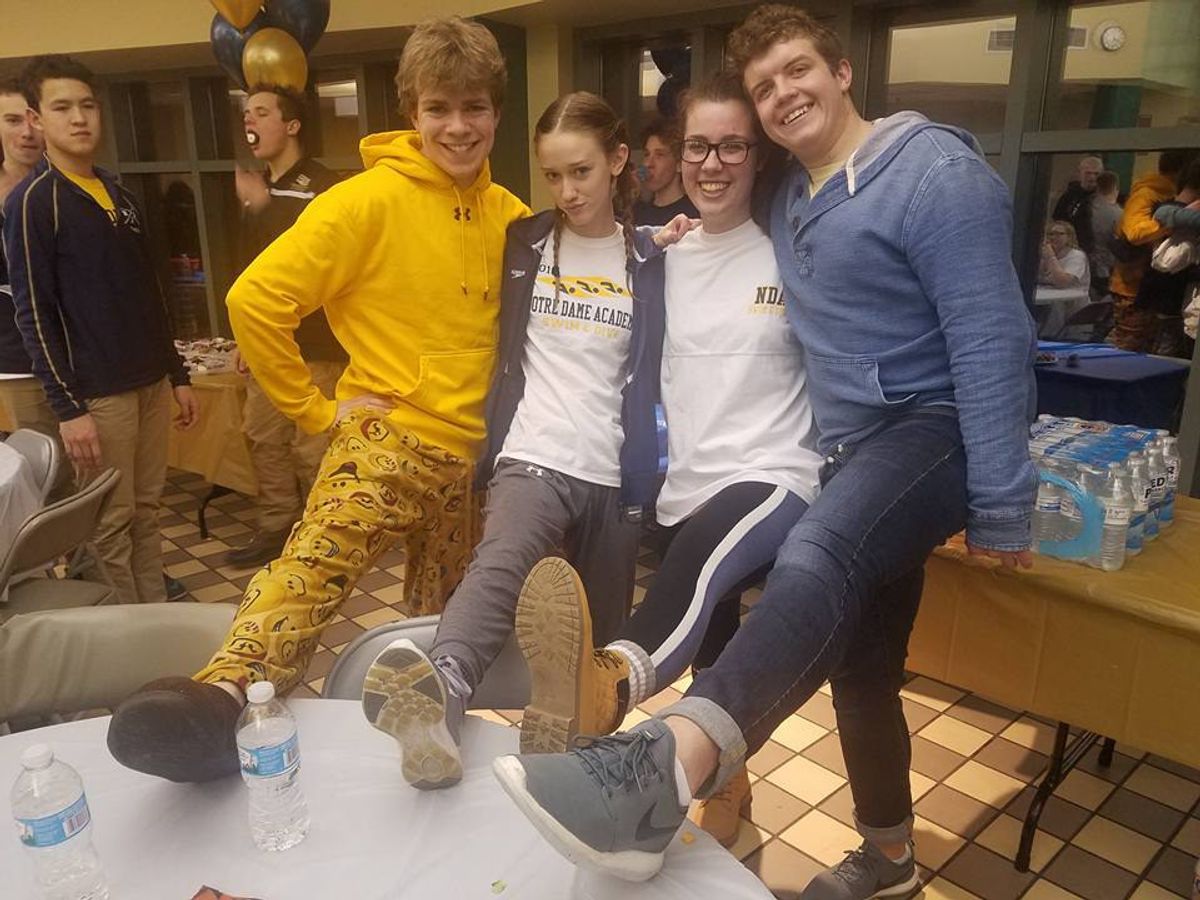 We all know that February is typically a month surrounded by the idea of Valentine's Day and love. It's just a fact of life and it can be kind of lonely if you aren't in a relationship. However, the idea behind Valentine's Day still remains. You want to show people in your life that you care about them.

It doesn't have to be in extravagant gifts or expensive dinners. It can be done through the little things like going to their game to watch them play or picking up an extra candy bar just to show that you care. It can even be in sitting down and spending time with them because you're a really busy person. Whatever way it is, it's important to show the people around you that you care about them. It's important to be a supportive friend.

There isn't a better feeling than seeing the people you love supporting you on the sidelines. Whether it's my parents cheering me on or my friends screaming from the sidelines, it's one of the greatest feelings. So not only does it make the person you're supporting feel good, but there's something about cheering those you love on that makes you feel good too.

In a world that focuses on personal desires and needs, it's important to remember to show those around you that you care. Real friendships and relationships come from effort and work that both parties give. Give into some of your personal needs but also be sure to give into the needs of people around you.

Don't be the person that only cares about themselves. It's very isolating and lonely. And hopefully that is not what you want out of your life. Be the giving person. Be the person that supports people, even if you may not know them that well. Just be someone that shows up for people because that's all that can be asked of you.

Nothing makes people feel better than when someone shows up for them.

Kassie Hsu
Baylor University
3391
Panda Whale
Here are 100 things I'd rather to than study. I know the semester just started, but
Featured