Han Solo's Backstory And Other Preparations for 'Solo: A Star Wars Story'
Odyssey

Han Solo's Backstory And Other Preparations for 'Solo: A Star Wars Story'

A cargo-hold of references and Easter eggs from the latest trailers, broken down. 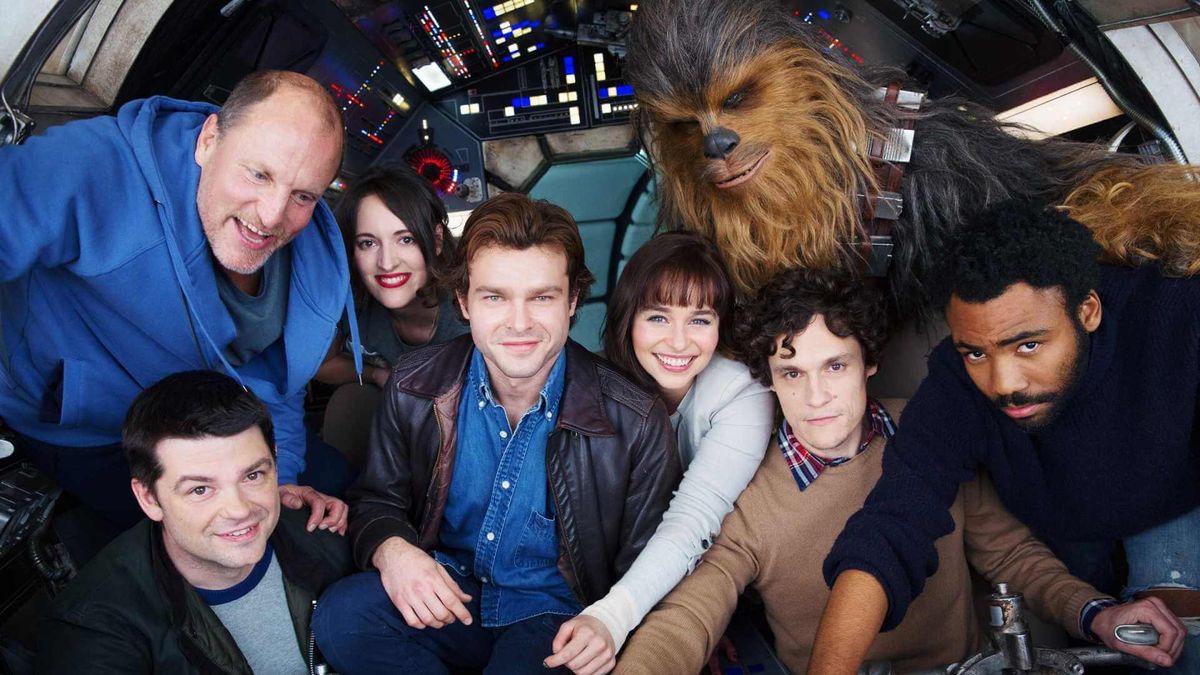 The galaxy’s most beloved smuggler and scruffy nerf-herder will be returning to the big screen this Memorial Day weekend. The latest anthology film of the "Star Wars" franchise will be taking viewers back to Han Solo’s earlier days before he picked up a crew of two Jedi and a pair of fugitive droids.

The film is not clean of controversy, as many fans find it strange that so many reshoots have taken place amidst the changing of directors from Phil Lord and Chris Miller to the now, most-definitely in charge, Ryan Howard. A recent "Vulture" article also lambasted the film’s production, as an unnamed actor recalled leading star, Alden Ehrenreich, requiring an acting coach to capture the essence of Harrison Ford’s character.

There are potential spoilers ahead, the information gleaned from the trailers and the overall expanded universe of "Star Wars."

If you’re ready to jump into this galactic rabbit hole, then let’s get started:

I’ll be introducing language and vernacular used in the Star Wars mythos to prepare you for the inevitable nerd-rage come May 25th. Just to be clear, I will be including both Legends material (information from book series pre-Disney buyout) as well as current canon. Follow the embedded links if you wish to differentiate.

Han Solo, born 29 BBY (before the battle of Yavin) on the planet Corellia. His homeworld is shown in the early shots of the trailer is a forested, yet industrial, planet near the core of the galaxy, rife with imperial activity. The planet is also known for its production of excellent spacecraft, including the Millennium Falcon. As a young orphaned boy, Han was already thieving and cheating by age ten.

His smuggling career started rather immediately, working right under the nose of the Empire. During one such mission to the spice mines of Kessel, Han saw a disturbing sight. The Empire, desperate for a working force to run a galaxy-wide operation, turned to a slave trade. Wookies were sought after as they were not as technologically advanced and could endure harsh working environments.

“Spice” is a common catch-all drug term for science fiction, but it is particularly difficult to obtain in "Star Wars" as Wookies are commonly worked to death in its extraction. Discovering this, Han rescues Chewbacca and his fellow laborers. New trailers show Chewy overhanding a guard and smashing him into the ground, so I’m guessing this operation goes well.

We also see Chewy tenderly embrace another Wookie who fans are already calling Malla, Chewbacca’s wife from the universally hated "Star Wars Holiday Special." No word on whether his son Lumpy will also make an appearance. Per Wookie culture, Chewbacca dedicates himself to Han with a life-debt.

The duo enters a life of crime, primarily under the employment of the Hutt gangster, Jabba. For years the two-run schemes, smuggle drugs, contraband, and perform heists. Much of their early career as smugglers is masterfully described by Ann C. Crispin’s novel trilogy. The series begins much as the movie seems to be, early in Han’s career and ends as Luke and Ben Kenobi enter the Cantina on Tatooine. Again, this is legends material, so the timelines described in these novels will no doubt be undone by what transpires in the upcoming film.

Most fans will be able to tell you that Han wins his prized ship, a Corellian YT-1300 light freighter. More commonly known as the Millennium Falcon, from Lando in a game of chance. The game is called "Sabacc," a card game that includes chips, cards, and dice. Eagle-eyed viewers of the trailer will notice a Mandalorian symbol on a chip that Han splashes onto the table. This is one of what is sure to be scores of Easter eggs and references.

Fans should be treated to another appearance of the golden dice in this famous game of "Sabacc" as they win Han the Falcon. They can be seen dangling from the mirror of that weird speeder in the trailer, the cockpit of the Falcon in most films, and most recently, "Star Wars: The Last Jedi" as Luke hands over the dice to the freshly widowed Leia Organa. The real question is, will Han win the game fair and square, or will he benefit from sleight of hand? Rules and notable players can be found here.

Harkening back to the original trilogy, Han boasts his success in making the infamous Kessel Run in under 12 parsecs. And yes, a parsec is a measure of distance, not time. Here’s why that makes sense; the Pyke Syndicate hires smugglers to navigate this route that is peppered with black holes and hyperspace anomalies. Regular navigation systems go on the fritz when traveling through this area, requiring pilots to manually control portions of what is usually an 18-parsec route. It would seem that Han’s superior piloting (or dumb luck) allowed him to find a shorter route from the entrance and exit of this asteroid and black hole ridden maze. This promises to be one of the more exhilarating scenes of the film, as a Star Destroyer and its tie-fighters pursue The Falcon.

As for the giant tentacles swiping through space – we’ll have to wait and see.

As for the other characters in the trailer, we have Tobias Beckett (portrayed by Woody Harrelson) and his crew, crime lord Dryden Vos (Paul Bettany), a gang known as the Cloud Riders led by Enfys Nest, and of course, Lando Calrissian (Donald Glover). Lando and Han seem to have a friendly rivalry situation, true to the original trilogy, stemming perhaps from the Sabacc game. Beckett looks to be a mentor type, tossing Han his trusty DL-44 blaster in the last trailer.

Lastly is Dryden Vos. His character had to be rewritten, due to the near-complete reshoot of the film, because of the previous actor being unable to return to set. He and Han are locked in fisticuffs, Vos sporting some mean looking brass-knuckle blade thing (I’m doing my best here), as they wreck a vase in Vos’s room of valuables.

Onlookers familiar with the extended universe have taken notice of another piece in Vos’s collection, just to the right of the sliced vase. A pyramid-shaped object can be seen and it looks an awful like a Sith Holocron. They are basically semi-mystical vessels of dark-side knowledge only accessible by highly powerful force users. They are the rarest of the rare and can even contain the spirits of ancient Sith. Why Vos has one is anybody’s guess at this point, but I highly doubt it will come into play in the film. It’s just one more item fans like myself will have to obsess over until the film is released.

Emma Hyatt
3606
The Truth About My Parents' Divorce