Picture-Perfect Social Media Relationships Can Be Abusive Too
Odyssey

How many times have you scrolled past a picture thinking, "Wow, they're so cute" only to find out months later what was really happening in the relationship? 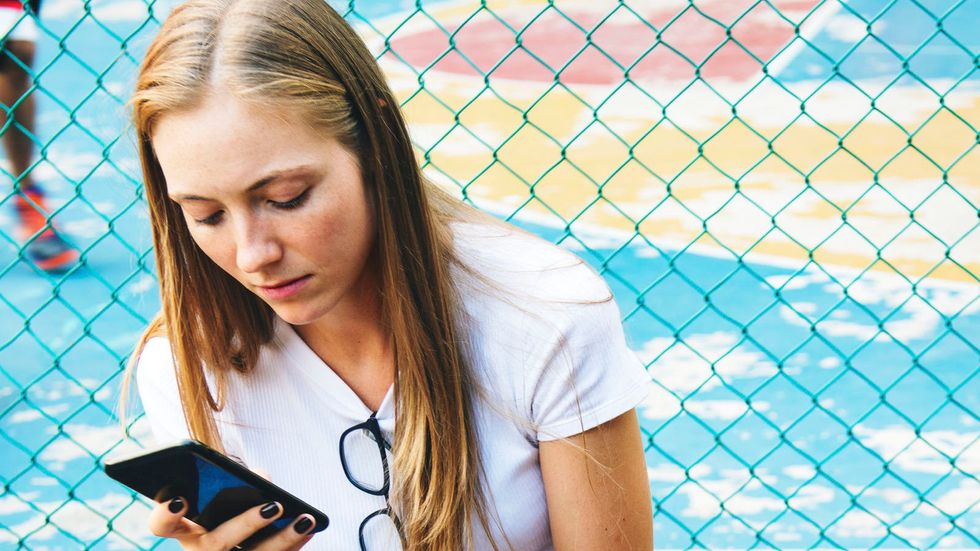 "The woman knows from living with the abusive man that there are no simple answers. Friends say: "He's mean." But she knows many ways in which he has been good to her. Friends say: "He treats you that way because he can get away with it. I would never let someone treat me that way." But she knows that the times when she puts her foot down the most firmly, he responds by becoming his angriest and most intimidating. When she stands up to him, he makes her pay for it—sooner or later. Friends say: "Leave him." But she knows it won't be that easy. He will promise to change. He'll get friends and relatives to feel sorry for him and pressure her to give him another chance. He'll get severely depressed, causing her to worry whether he'll be all right. And, depending on what style of abuser he is, she may know that he will become dangerous when she tries to leave him. She may even be concerned that he will try to take her children away from her, as some abusers do." ― Lundy Bancroft, "Why Does He Do That?: Inside the Minds of Angry and Controlling Men"

The Center for Relationship Abuse Awareness defines relationship abuse as, "...a pattern of abusive and coercive behaviors used to maintain power and control over a former or current intimate partner. Abuse can be emotional, financial, sexual or physical and can include threats, isolation, and intimidation."

The National Domestic Violence Hotline website breaks down each type of abuse in easier ways to spot them. I will describe a few common ones on their website. Physical abuse can be the following: pulling your hair, punching, slapping, kicking, biting or choking you, forbidding you from eating or sleeping, hurting you with weapons, preventing you from calling the police or seeking medical attention, harming your children, abandoning you in unfamiliar places, driving recklessly or dangerously when you are in the car with them and forcing you to use drugs or alcohol.

Emotional abuse is as follows: calling you names, insulting you or continually criticizing you, refusing to trust you and acting jealous or possessive, trying to isolate you from family or friends, monitoring where you go, who you call and who you spend time with, demanding to know where you are every minute, trapping you in your home or preventing you from leaving, using weapons to threaten to hurt you, punishing you by withholding affection, threatening to hurt you, the children, your family or your pets, damaging your property when they're angry (throwing objects, punching walls, kicking doors, etc.), humiliating you in any way, blaming you for the abuse, accusing you of cheating and being often jealous of your outside relationships, serially cheating on you and then blaming you for his or her behavior, cheating on you intentionally to hurt you and then threatening to cheat again, cheating to prove that they are more desired, worthy, etc. than you are, attempting to control your appearance: what you wear, how much/little makeup you wear, etc., and telling you that you will never find anyone better, or that you are lucky to be with a person like them.

Digital Abuse can be the following: tells you who you can or can't be friends with on Facebook and other sites, sends you negative, insulting or even threatening emails, Facebook messages, tweets, DMs or other messages online, uses sites like Facebook, Twitter, Foursquare and others to keep constant tabs on you, puts you down in their status updates, sends you unwanted, explicit pictures and demands you send some in return, pressures you to send explicit videos, steals or insists on being given your passwords, constantly texts you and makes you feel like you can't be separated from your phone for fear that you will be punished, looks through your phone frequently, checks up on your pictures, texts and outgoing calls, tags you unkindly in pictures on Instagram, Tumblr, etc., and uses any kind of technology to monitor you.

I'm writing this article not to point fingers at anyone who has or is an abusive relationship. My goal is not to call out people and name drop. My goal is to raise awareness that relationship abuse is very real. It's a nasty thing that is not easy to talk about. It's uncomfortable and a lot of people do not know how to speak up or out about it.

You are not an object. You are not an extension of anyone. Stop making excuses and get out. I beg you to leave at the first red flag because things will not get better no matter how much they swear they will change or how much you think you can fix things.

"Women may come to the recovery process to "fix" their relationships, but what they end up learning is how to rescue and restore themselves. Many women believe, and you may too, that they need to speak and act differently so their partner behaves more favorably toward them. If your partner blames you for what "you made him do to you," over time you will end up blaming yourself. Your task is to realize that you are not responsible for his abusive behavior. Women tend to work hard to avoid being hurt or to seop their partners from abusing them, but they aren't successful. You cannot make your partner abuse you and you can't make him not abuse you. These are his choices and his alone. The task is to refocus on yourself and your recovery." ― Carol A Lambert, "Women with Controlling Partners: Taking Back Your Life from a Manipulative or Abusive Partner"

I read another girl's article as I tried to collect my thoughts into words. She pointed out in a lot of ways how we can quickly excuse certain behaviors and not think of them as abusive until it's too late. Some of these she pointed out were the following: giving up friendships until those friends became strangers, "joking" comments that make you afraid to stand up for yourself, withholding affection, not being able to say what's bothering you out of fear, having to respond immediately, not having freedom to post pictures that you want, needing approval, everything revolved around the abuser and what they wanted, no longer recognizing yourself, being told the abuser will kill themselves or hurt themselves if you leave or don't do what they say.

Speak up. Speak out. Seek help. You are not alone. Spread awareness. It's not your fault, and you have to do what's best for you.