Why Soccer Is More Than Just A Sport To Bosnians

Why Soccer Is More Than Just A Sport To Bosnians

If you don't like soccer, then you aren't Bosnian. 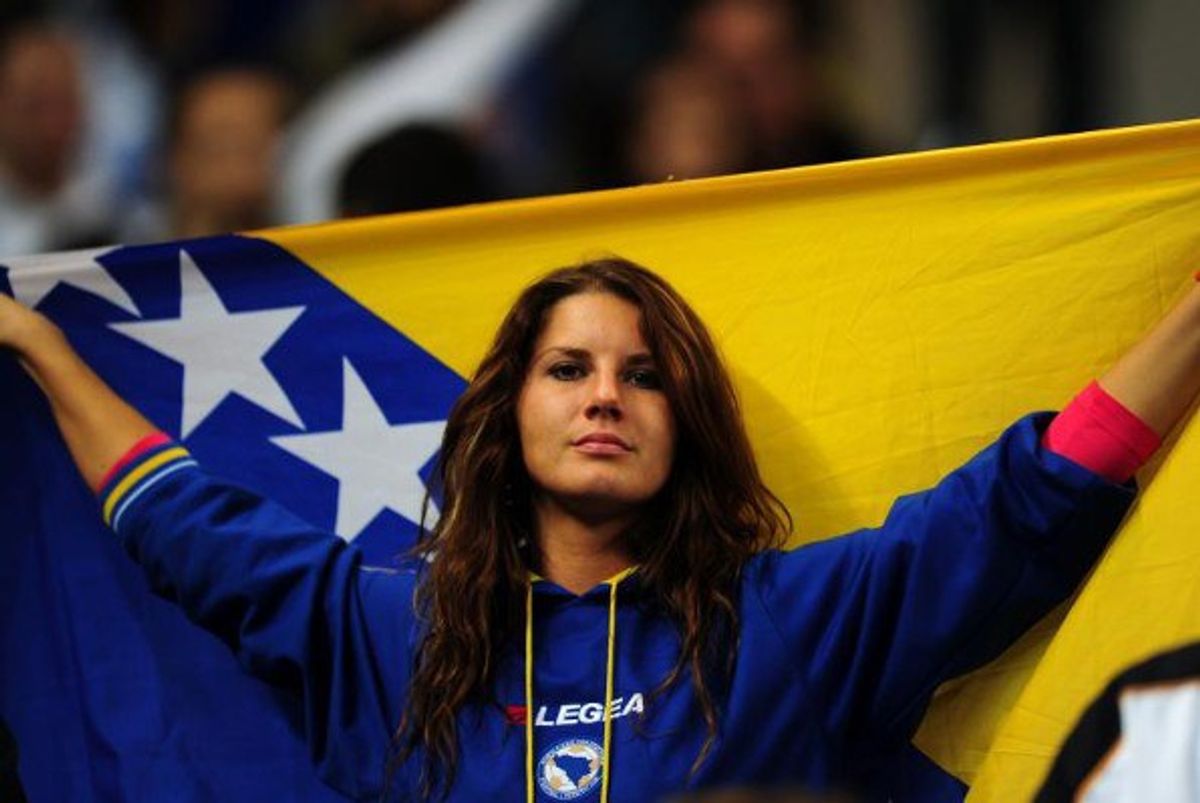 One of the most stressful moments of my life was on Oct. 15, 2013. My whole family was gathered around the T.V. screen. My face was buried in a pillow, I couldn't bear to watch it anymore. It was half-time and we hadn't scored. Not a single goal, not one. This meant so much; it meant everything to my family.

I'm sure you already guessed that we were watching soccer, but we weren't just watching any soccer match. Bosnia was playing Lithuania in the last round of the FIFA World Cup 2014 qualifiers. Let me just re-phrase that sentence. My tiny little country, who had barely even been a country for twenty years, actually had a chance to play alongside Mesut Özil and Lionel Messi.

Now we had some form of luck, being drawn into Group G, where our biggest opponent was probably going to be Greece. After celebrating a 3-1 victory at home against Greece and crushing Lichtenstein, I guess you could say our confidence was through the roof. If you know anything about sports, you know that you shouldn't get too comfortable, even if you are confident in your abilities. Lithuania was just another country that started with an "L" in our group, so we were under the impression that we'd have an easy game and be off to Brazil soon enough.

As you can imagine, that wasn't exactly what happened. About 10,000 Bosnians showed up in Kaunas. Did I mention we have the most dedicated fans ever? We often say that any game Bosnia plays — it doesn't matter where — is like a home game. We watched with hopeful eyes as our players sung the national anthem with pure glory. We were going to win.

I'm not sure what the hell happened, but we were only 10 minutes into the game and my dad was already yelling. Okay, that's probably not too surprising (my Bosnian readers will understand), but it seemed like everything that could go wrong was going wrong. My mom even started yelling too (and I mean, she never yells unless it's something important). I sat there in disbelief thinking, "Here it is, we're not going to make it." At the same time, another part of my brain was whispering, "It's not over yet, we still have a chance." But did we?

I cannot even begin to describe the feeling that swept over me when Vedad Ibisevic scored in the 68th minute. We all jumped up off the couch in excitement, screaming Hvala Bogu (Thank God) and hugging each other. My dad started tearing up a bit and proceeded to give us a speech about how he had waited for so long for this moment. Bosnia had finally qualified for its very first FIFA World Cup. We had finally proved to the world that a country filled with bullet-hole buildings and ethnic group clashes could accomplish something legendary. It felt like everything was suddenly coming true; everyone was going to know who Bosnia was.

I know what you're thinking: why does this mean so much? It's just one game, right? NO. Don't ever say that to a Bosnian or else you may hear, Jebem ti mater. I'll let you look that one up. The reason Bosnians are so crazy about soccer has a little bit to do with the actual sport and much more to do with our culture. Soccer is the one thing that we can all come together for, despite our country's ethnic differences. It's the one thing we can pour our heart and soul into because we know it will never go away. Bosnians want to show the world unity and strength, that we are more than some war-torn country in Eastern Europe.

Sometimes all it takes to make sense of our complicated country is an outsider-looking-in. Jiri Plisek, Czech former coach of two Bosnian Premier League teams, commented on this,

"In this country, if the politicians had their way, Bosniaks would have to pass to a Bosniak, Serbs to Serbs, Croats to Croats. But that's not how football works; football connects everyone, and has the face of every nationality."

I hope this sheds some light on the topic; it's not exactly the easiest thing to put into words. I hope my American friends have a better understanding of why I scream at the T.V. like a maniac or blast Bosnian soccer anthems in my car. I do it because it's what I know and I'll never forget it. Jedna si jedina, Bosnia and Herzegovina.