I'm So Over Having To Fake Apathy To Fit In

I'm So Over Having To Fake Apathy To Fit In

I care deeply about everything I do, and that isn't a flaw. 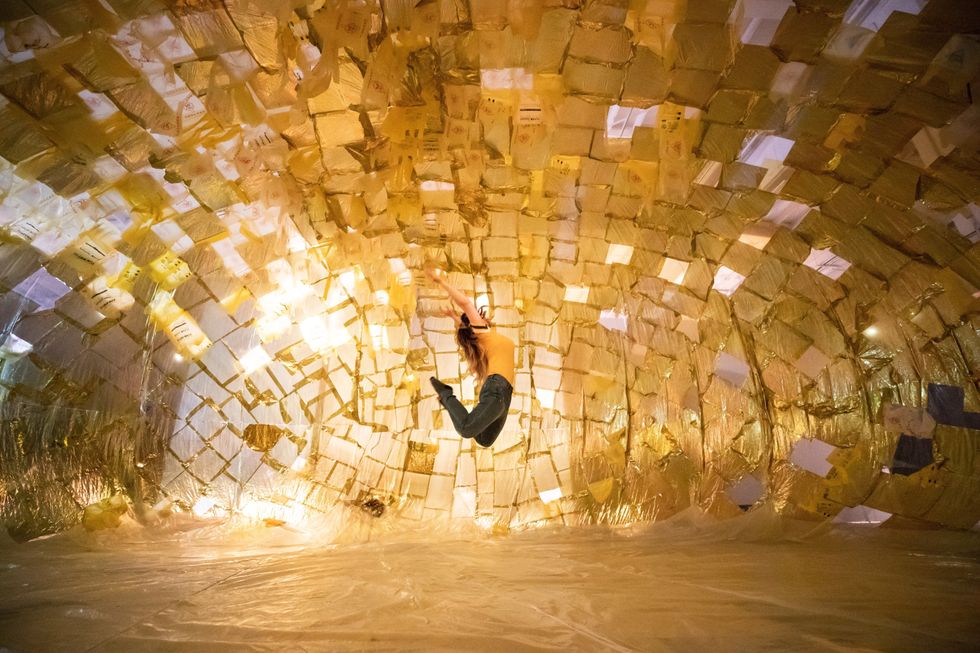 As an introvert and an overthinker, going to college—where I've been in a new environment, surrounded by strangers—has meant constantly second-guessing my slightest actions.

I want to fit in. To belong, even if it means muting my personality. I know that desire should have been eradicated by all the children's media that inundated my generation with the message that being different is okay and changing to please other people is wrong.

Still, it feels vulnerable to stick out.

And in college, any deviation from bland apathy is sticking out.

I still remember trying to message my suitemates before any of us arrived at college so that we could coordinate our dorm's decor. Mostly, they didn't respond. I toned down my excitement accordingly. I learned then that showing enthusiasm was taboo.

Later, one of my quasi-friends often complained about our class together. We were always doing silly get-to-know-you games, even by May. She thought the whole thing was a waste of time. On our last day of class, she couldn't wait to leave.

But while I rolled my eyes at the icebreakers along with her, I also liked the sense of community. I would miss the class.

But I didn't know how to say so. So I pretended to have a neutral opinion about the class: less negative than she was, but also less positive than I was.

College students, I think, are mostly trying to seem aloof and disinterested. It's a return to the middle school mindset when "tryhard" was a scathing insult.

Maybe it stems from the facade of calm competency we're all trying to establish—you never want to seem overwhelmed in an environment where everyone else is thriving. And enthusiasm is just the positive incarnation of frantic stress; either way, you're overly invested in something that provokes no such emotional reaction from your peers.

Anything deeper than surface-level emotional reactions makes you vulnerable.

But I'm not an apathetic person. I care, and I care deeply. I feel deeply. And I am, and have always been, a so-called tryhard.

I think a lot about a John Green quote: "Nerds like us are allowed to be unironically enthusiastic about stuff. Nerds are allowed to love stuff, like jump-up-and-down-in-the-chair-can't-control-yourself love it." And then, "When people call people nerds, mostly what they're saying is 'you like stuff.' Which is just not a good insult at all."

If being enthusiastic about my day-to-day existence at a place I spend eight months out of the year is a risk, I want to take that risk. I don't want to roll my eyes in time with everyone else if it means losing a chance to be happy here.

If the worst other people can say about me is that I try too hard and I care too much, then I'm probably doing just fine.