"I felt a great disturbance in the Force, as if millions of voices suddenly cried out in terror, and were suddenly silenced. I fear something terrible has happened" 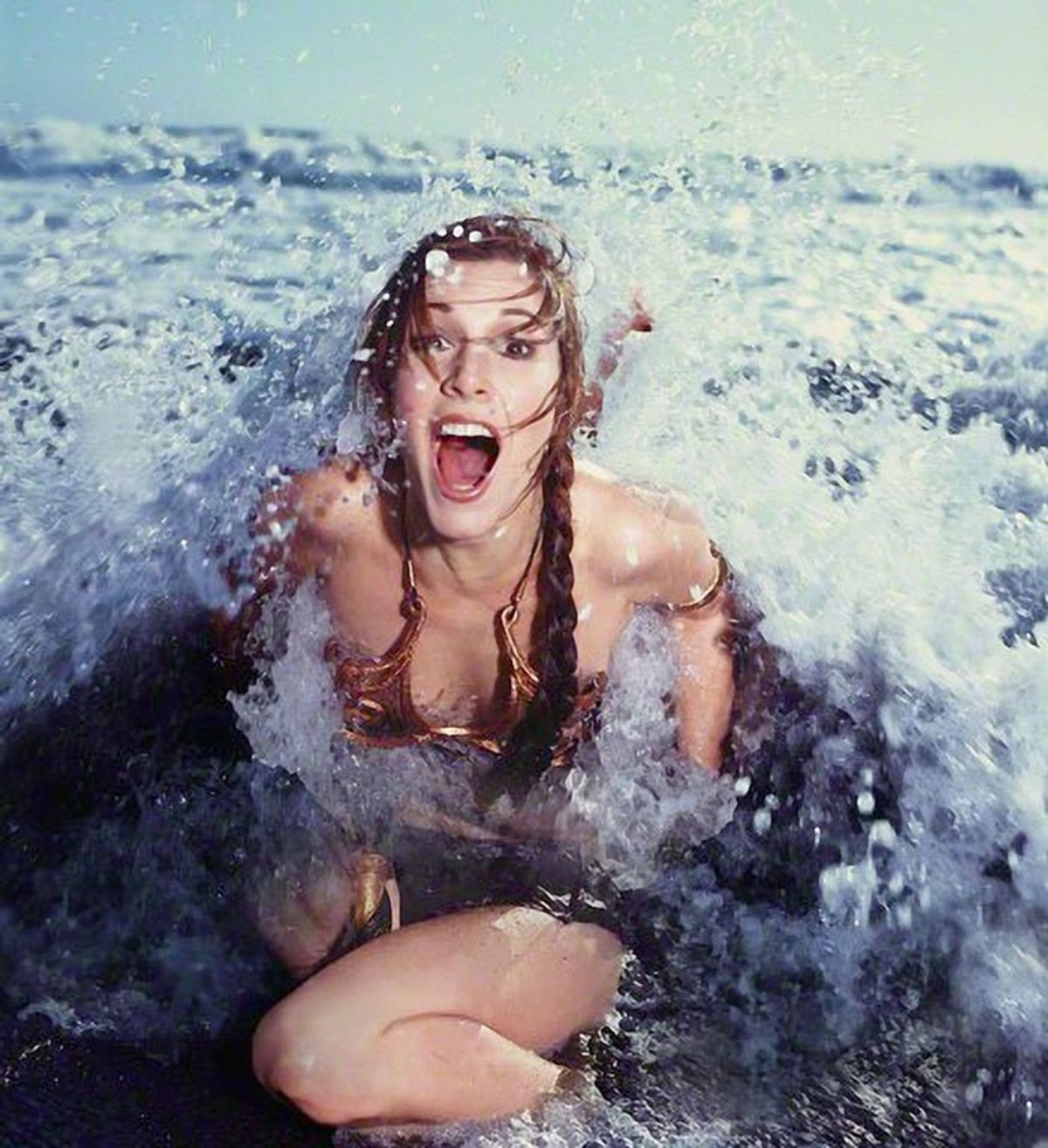 I’m literally sitting here in complete and total shock trying to muster up the right words and the right things to say about Carrie Fisher. Just like Robin Williams, this was a total unexpected death that we all were trying to prevent. As Star Wars fans, now it was our job to protect our Princess, instead of the Princess trying to protect us.

Carrie Fisher was born October 21st, 1956 to Debbie Reynolds and Eddie Fisher in Beverly Hills, California. Fisher got her start in the movie “Shampoo” (1975) but really put herself on the map when she got the role to play Princess Leia Organa of Alderaan in “Star Wars” Episodes 4, 5, and 6, as well as reprising her role as General Leia Organa in “Star Wars: The Force Awakens”. She has many other credits following her “Star Wars” career that include playing Meg Ryan’s friend in “When Harry Met Sally”, a therapist in “Austin Powers: International Man of Mystery”, “Drop Dead Fred”, as well as being a script doctor and re-writer for movies such as “Hook”, “So, I Married An Axe Murderer”, “My Girl 2”, as well as “Star Wars” Episodes 1,2 and 3, among other well-known films. She was also a published author of many books including her highly successful memoir “Wishful Drinking” and her newest title “The Princess Diarist” in which she tells about her affair with Han Solo himself, Harrison Ford, of course along with other things.

But unless you knew what she did aside from writing and acting, Carrie was a very big advocate for mental health. Carrie has been very public with her battle with bipolar disorder, addiction to prescription medication, cocaine addiction, and alcoholism.

But I’m not here to beat down the fact that she was an addict, or an alcoholic, but I’m here to tell you just how much light this woman brought into millions of people’s eyes. She was the original Disney Princess in every sense except she didn’t sit there, waiting and hoping for Prince Charming to come along while singing to woodland creatures. No, Princess Leia showed us to look fear straight in the face and take it head on. She taught us to hold our head high and show the world that we’re leaders, not followers. She showed us that even though Leia lost everything, she dusted herself off, held her head high and lead the Rebel Alliance into battle. Leia lost her world, her parents, her brother, her son fell to the Darkside and the love of her life, Han Solo. Carrie showed us that it’s okay to battle an illness, and that yeah, we’ll fall down more times than we care to admit, but always to pick ourselves back up again and come back with a vengeance. She also showed us not to take life so seriously, because just as much as we’re living it, it can be taken away from us in an instant. The last time I was this devastated was when Robin Williams died, and Carrie Fisher’s death falls into that category. I know I’ve said in a past article, that most people aren’t affected by a celebrities death because, let’s face it, most celebrities come and go so often that it’s hard to keep up, but Carrie Fisher wasn’t just a celebrity. She was a daughter, she was a mother, she was a sister, she was a mental health advocate and she was a princess from a galaxy far, far, away. She was someone that we all wanted to be, an icon for little girls everywhere. She made it acceptable to love a movie franchise in a genre dominated mainly by geeky men. She was simply a badass and one that will always live on in our hearts.

With that said, thank you Princess General Leia Organa of Alderaan. You have served the Rebel Alliance and for that we thank you for your services. The force is with you now.

Caitlin Marie Grimes
University of South Florida
7424
Beyond The States