Why this recent film qualifies as a stereotypical spy movie. 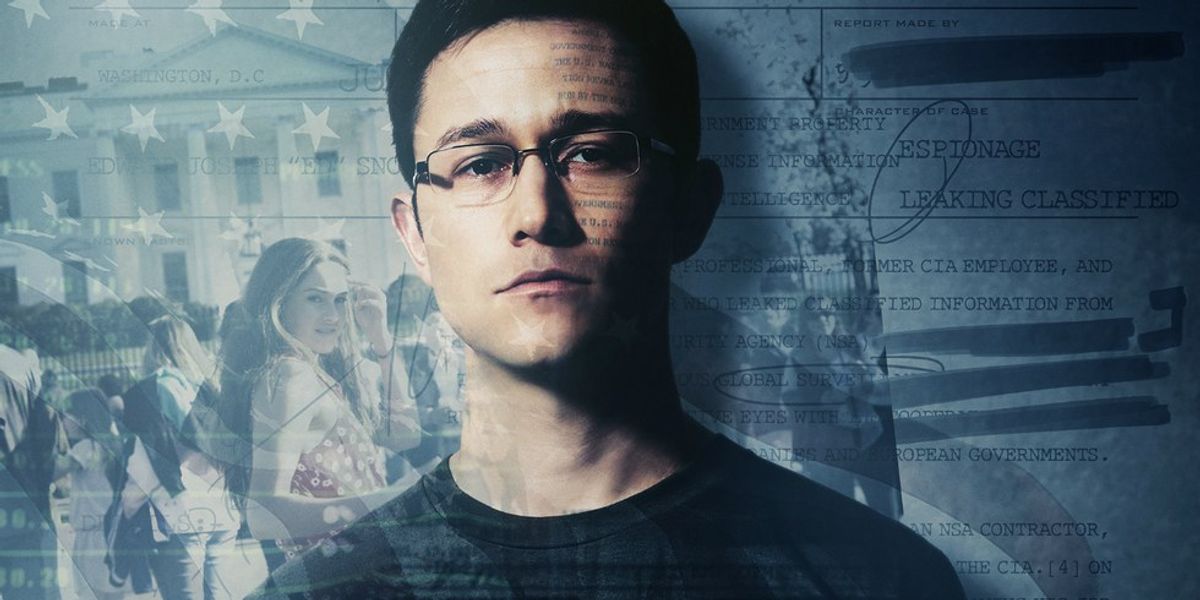 Since 2013, American citizens have known that they are being watched. With Snowden’s disclosure of 9,000 to 10,000 government related documents to The Guardian, the question of government overreach has inspired everything from conspiracy theories to political headlines proclaiming the destruction of freedom as we know it.

On September 16, Open Road Films released their latest “Drama Thriller,” Snowden, a film that was marketed as an intense, dramatization of how Snowden transitioned from a medically discharged private in the United States army to one of the most famous whistleblowers the world has ever seen.

While Snowden boasts an intricate story and a powerful moral dilemma, the film quickly loses its focus, and its audience, with a plethora of continuity issues, a repetitive romantic sub-plot, and its failure to present Snowden’s actions without bias.

Snowden did a decent job of gradually introducing the internal conflict that plagues Edward Snowden throughout his career in the Intelligence Industry. This conflict, to obey one’s country regardless of the moral implications or to disobey one’s country when one is compelled to by principle and virtue, is clear and repeatedly addressed throughout the film.

Despite this, Snowden suffers from three immense flaws.

The first is a gross lack of continuity, something most films have trouble with. The art of ensuring each scene smoothly transitions to the next is not easy, but it is possible. Oliver Stone, the director of Snowden, attempted to use a non-linear style of storytelling by beginning the film in the future and periodically jumping back to the past through flashbacks, memories, and other recollections. This style of storytelling can be highly effective if properly used. Unfortunately, there are several scenes that are sloppily introduced, one of which led to low murmurs from a confused audience questioning how Snowden went from being a resigned CIA operative to a hacker for the NSA.

Secondly, the film quickly loses its focus on Snowden’s personal conflict. Early in the film, Snowden’s head professor at a CIA training facility tells Snowden, “The people don’t want freedom; they want security.” This is the foundation for Snowden’s later moral dilemma. Surprisingly, this rich, philosophical and politically themed question is never again mentioned, neither in the film’s conclusion nor anywhere else. Instead, the film pours a great deal of its run-time into a romantic subplot, one that is both unnecessary and repetitive. By the time audience members see the third argument between Snowden and his unstable girlfriend, the perception of Snowden as a “Drama Thriller” is thrown out the window for a “Romantic Drama.”

The final flaw is that Snowden glorifies the hero and presents only one side of the issue. In other words, Snowden is a typical “spy movie.” To quote an anonymous audience member, “I felt like I was being sold something.” When Edward Snowden released those 9,000 to 10,000 classified documents to the world, he did break U.S. law, specifically the Espionage Act of 1917. What makes this so important, in regards to the film, is that even today, people debate over whether or not Snowden is a traitor to his country. Despite this, the film never once contemplates this second side to the story and instead condemns critics of Snowden’s actions, despite their grounded objections.

At best, Snowden deserves two and a half stars out of five. For everything the film does well, there is something to distract, something to obscure the film’s central message. While Snowden could have been a golden opportunity to focus on the nuances of the balance between freedom and security, it instead settles for an uninteresting, repetitive, and simple-minded view of an extremely relevant question. One cannot help but think of movies such as Captain America: The Winter Soldier and the latest Jason Bourne movie, both of which did a far better job of analyzing the conflict between freedom and security and illustrating the possible consequences of unchecked government overreach.
Report this Content
This article has not been reviewed by Odyssey HQ and solely reflects the ideas and opinions of the creator.