Snail Mail: Sending Your Love In An Envelope

Snail Mail: Sending Your Love In An Envelope

Didn't that make you feel like the coolest kid ever? 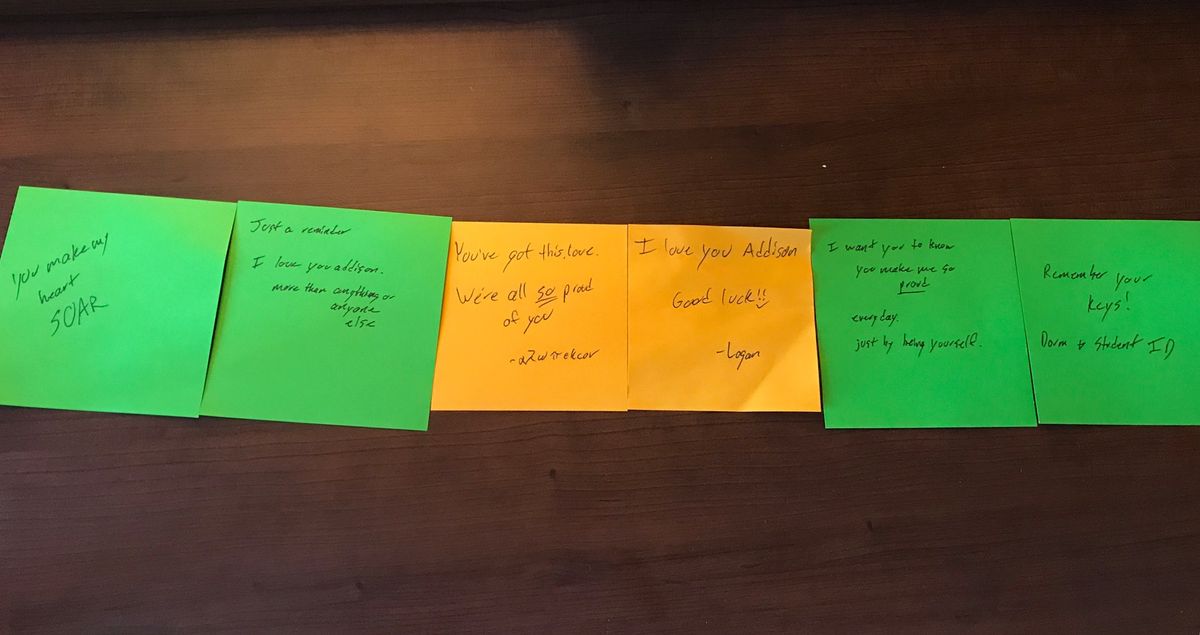 I'm not going to lie, you guys, I'm addicted to stationery. Call me crazy, but writing letters is my hardcore drug. I know a lot of people that have stationary but keep it to make it look like they write letters or just because they are too cute to use.

I totally understand the want to keep those cute cards, but I love writing on them so much more. A lot of people ask me why I'm like this. After all, a Facebook or text message is so much easier, right? Sure, it can be easier, but I can't help but think that letters make things so much more personal.

I started writing letters in the Fall Semester of 2015. I was going through some hard times, but one thing I learned early on was that writing letters back home made me feel closer to my family. It was my time to unwind and to tell my story on a personal level to my loved ones. Every word I wrote had a little of me in it. My good times and bad were contained in those letters, and it made me feel a little more at ease. Taking that little bit of time to write was a beautiful thing.

When I had to withdraw from that university, I continued to write letters. I wrote to the friends I had made at college and even those that were just down the street. I would get pictures developed and slide them into the envelope, too (People don't print pictures much anymore, either).

It was a cost-effective and therapeutic way to show people I cared, and trust me, I care a lot. I even toyed around with the idea of sending inspiration letters to random addresses just to make someone's day a little brighter.

Now the motives of my letters are a little different. My boyfriend and I met at that same university I had to withdraw from. However, when he graduated almost a year ago, he moved back home... To Camillus, New York. It's been difficult being so far away from each other, but writing letters makes us feel so much closer.

We send each other packages or letters of some sort at least once a month, and it makes me feel so happy to see his handwriting. I don't know what it is... Maybe it's that I know he takes time to write to me or that he sprays just a little bit of cologne on each letter... But letters are just magical.

So, you might not be completely sold on the letter writing thing because it is a little more time-consuming. Yes, it is, but think about it... As a little kid, you got stoked when you got something in the mail. Your parents got all sorts of stuff all the time (That we didn't realize were just a bunch of bills), but every once in a while there would be something for you.

Didn't that make you feel like the coolest kid ever? Well, here's the thing... We still haven't grown out of that. The only change now is that we are the ones that get bills in the mail... But when do we ever get a handwritten letter? And when we do, isn't it just a great surprise? Imagine being that surprise for someone, even if it's just once a month. Who knows, maybe then they'll surprise you back.

15 Fall Dates You Wish Your Boyfriend Would Take You On

10 Reasons Why My Mom Is My Hero