It turns out, poetry and math DO go together 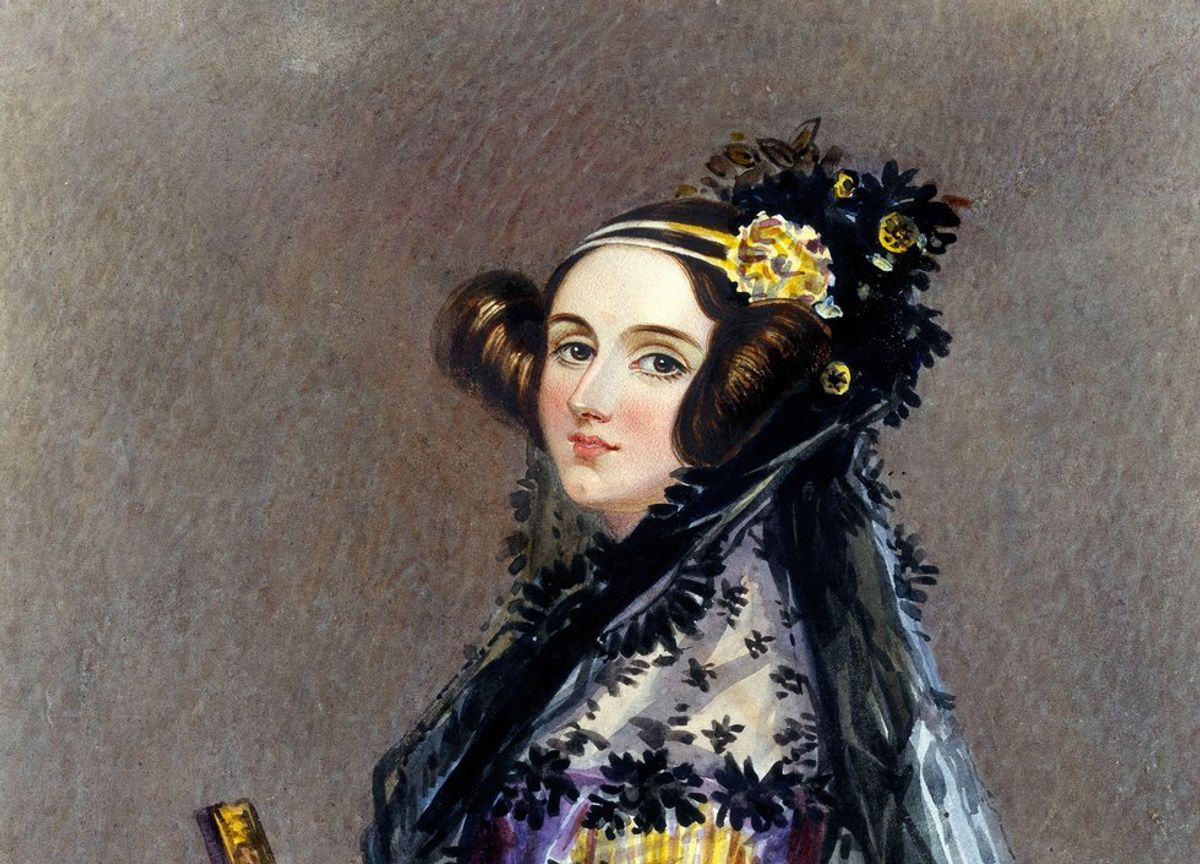 “Girls in the first few years of elementary school are less likely than boys to say that their own gender is ‘really, really smart,’ and less likely to opt into a game described as being for super-smart kids, research finds.”

This is the first line in an article from NPR on how gender stereotypes and socialization effect children’s views of intelligence. It goes on to talk about role models, how women are underrepresented in fields in which people are publicly expected to be “brilliant,” and how it’s worth it to consider whether it’s really boys’ attitudes that need to be changed rather than girls’. It’s a lot to think about.

I want to talk on the point of role models. The fact is, there ARE women who are “really, really smart,” and often, they do not get the attention they deserve. I started a list a few months ago that I call my “List of Historical Female Badasses,” and now I’m going to start doing something with that list: I’m going to write a profile series on awesome ladies of history. Without further ado:

Ada Lovelace, all the way back in the early- to mid-1800s, was the very first computer programmer. This, of course, was not a computer as we think of it today, but rather what her friend and colleague Charles Babbage called his Analytical Engine – basically a giant calculator. While the Analytical Engine itself was Babbage’s baby, Lovelace was the one who wrote the world’s first computer program in the extensive set of notes she wrote explaining how the Engine worked: an algorithm that would calculate a sequence of Bernoulli numbers.

Let’s back track for a minute to give you some context on how Lovelace reached this point.

Ada Lovelace was the daughter of the celebrated poet Lord Byron. If you know poetry, you know Byron was a broody, flighty lothario. This understandably upset his wife. They separated shortly after Lovelace was born, and Byron left England forever four months after that – he travelled around a bit, then died in Greece. Lovelace never knew her father, and her mother tried her very best to squash out any potential “insanity” Byron may have passed to his daughter through his poetic genes by teaching her math and science.

This odd method was only partially successful. It failed in that Ada Lovelace likely had untreated bipolar disorder (intense training in math not usually being a good way to treat mental health issues), and also because Ada herself recognized the need for imagination and poetry even when engaged in analytical pursuits. She described her approach to problem solving as “poetical science.” While Babbage and others focused only on the capability of computers to calculate or number-crunch, Lovelace questioned whether this was all such machines could do.

In her notes on the Analytical Engine, she examined how people relate to technology as a collaborative tool and even hypothesized how the Engine could one day produce music. Her skills in math gave her the template to work in, but her poet’s vision gave her the ability to color it in. She wrote, “[The Analytical Engine] might act upon other things besides number, were objects found whose mutual fundamental relations could be expressed by those of the abstract science of operations, and which should be also susceptible of adaptations to the action of the operating notation and mechanism of the engine...Supposing, for instance, that the fundamental relations of pitched sounds in the science of harmony and of musical composition were susceptible of such expression and adaptations, the engine might compose elaborate and scientific pieces of music of any degree of complexity or extent.”

The Analytical Engine was not actually made because of lack of funding (surprise, surprise), among other things, so Lovelace’s program was unable to be tested during her time. But her and Babbage’s ideas and research laid the groundwork for some of our most important inventions a full hundred years before they were realized. Lovelace in particular knew what the implications of her work could mean, and continued to work right until she died of uterine cancer at the age of 36.

If you would like to learn more Ada Lovelace (or at least an alternate universe version of her), I highly recommend the comic “The Thrilling Adventures of Lovelace and Babbage” by Sydney Padua. In this universe, the Analytical Engine actually gets made, and Lovelace and Babbage use it to fight crime!