The unparalleled beauty of Lovell, Maine. 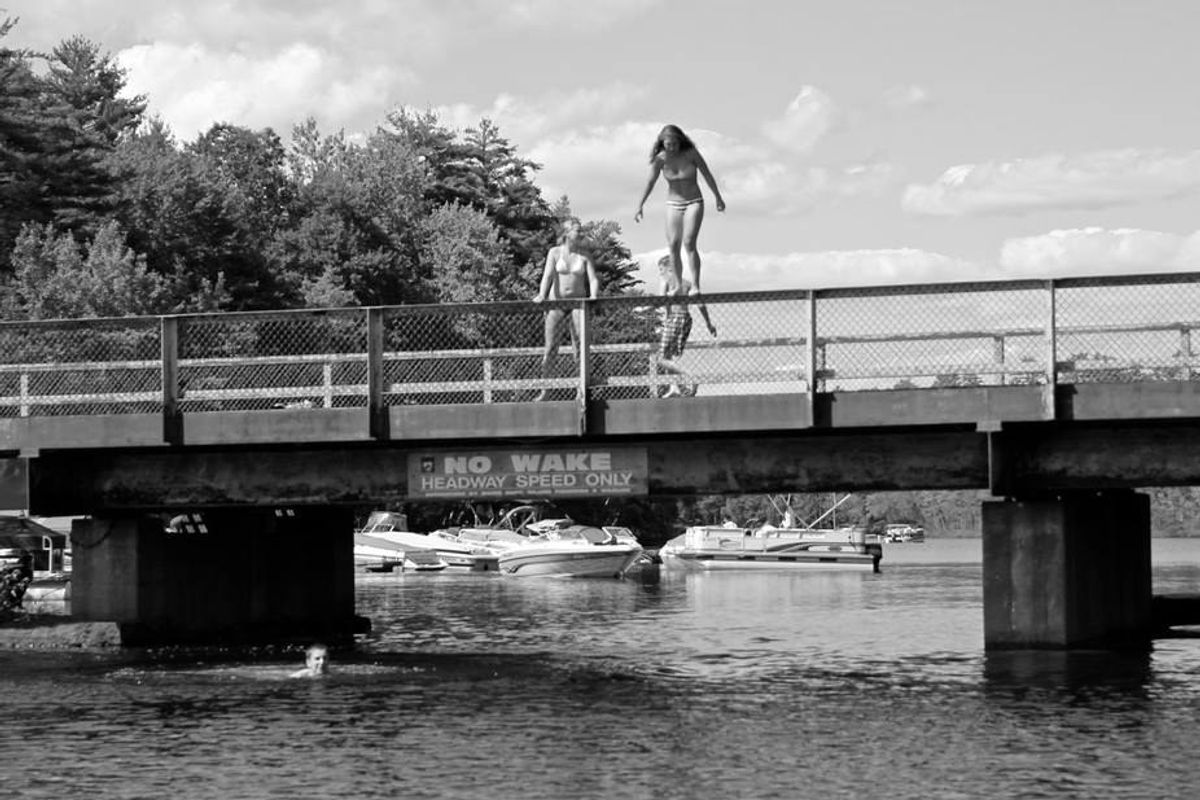 Nestled in the heart of the White Mountains and flanked by lakes of every shape and size, is the small town of Lovell, Maine. With a population of nearly one-thousand people, the town, as many small New England towns do, relies economically on the influx of summer tourists and vacationers. However, Lovell is no resort town. There are no yachts, towering waterfront mansions, or fancy resorts–in fact, there is not much at all. Yet for that reason, Lovell is perfect. Lovell is the primary home of Kezar Lake, a lake smaller in size than Sebago and Winnipesaukee, yet not lesser in any sense.

Those who chose to live or spend their summers in Lovell are the lucky few who truly understand the value of this lake. To many, Kezar lake – known for its endlessly deep blue waters, towering pines, and breathtaking sunsets – concretely represents one of National Geographic's "most beautiful lakes in the world." Anywhere in the world, Kezar would be considered a stunning lake; however, only in Lovell, is Kezar, Kezar. Trade hiking boots for boat shoes, Friday-night chicken dinners at the firehouse for beachfront brunches, and loon cries that seem to travel for miles across the silent lake for the radio blasting from the gaudy stereos of a cigarette boat–and Kezar, is not longer Kezar.

When I was younger, I often complained about the isolation of the lake – the lack of entertainment, restaurants, and commercial activities. I dreamt of one day trading my family's nearly 150-year-old cabin for a modern beachfront cottage on the vineyard or Nantucket. I wished for spider-less cabins, air conditioning, drive-in beaches, and festive summer nights that seemed to never end. I craved finding a crowd of adventurous teenagers to spend my days with, and wearing Nantucket red, white jeans with tan skin and boat shoes.

It took eighteen years to realize that I was terribly wrong. At Kezar, nothing is retouched. At Kezar, nature is in its element –void of any human interference– and the result is breathtaking. Martha's Vineyard and its beaches, towns and bright lights may be beautiful, but nothing compares to a mountain-framed sky just before dawn when the only audible sounds are the cry of a loon and the crackle of a fire. Beneath it you lose your sense of time, space, and body as the entire galaxy emerges right before your eyes. There are no jetliners cutting across the sky, no city lights – no nothing. Just you and the stars.

For the longest time I was in denial, but I can now state, that Lovell, Maine's Kezar Lake made my childhood. I truly believe that I would not be the person I am today if it weren't for jumping off the marina bridge as trucks charged behind me, buying a day's worth of nightcrawlers and Charleston chews instead of breakfast, and lying on the splintered dock for hours, listening only to the wind as it ricocheted off the water and distant mountains.

Kezar Lake and Lovell are home, so visit sometime–but prepare to leave everything else behind.