It's time women stop justifying what they wear and start encouraging each other to do as they please. 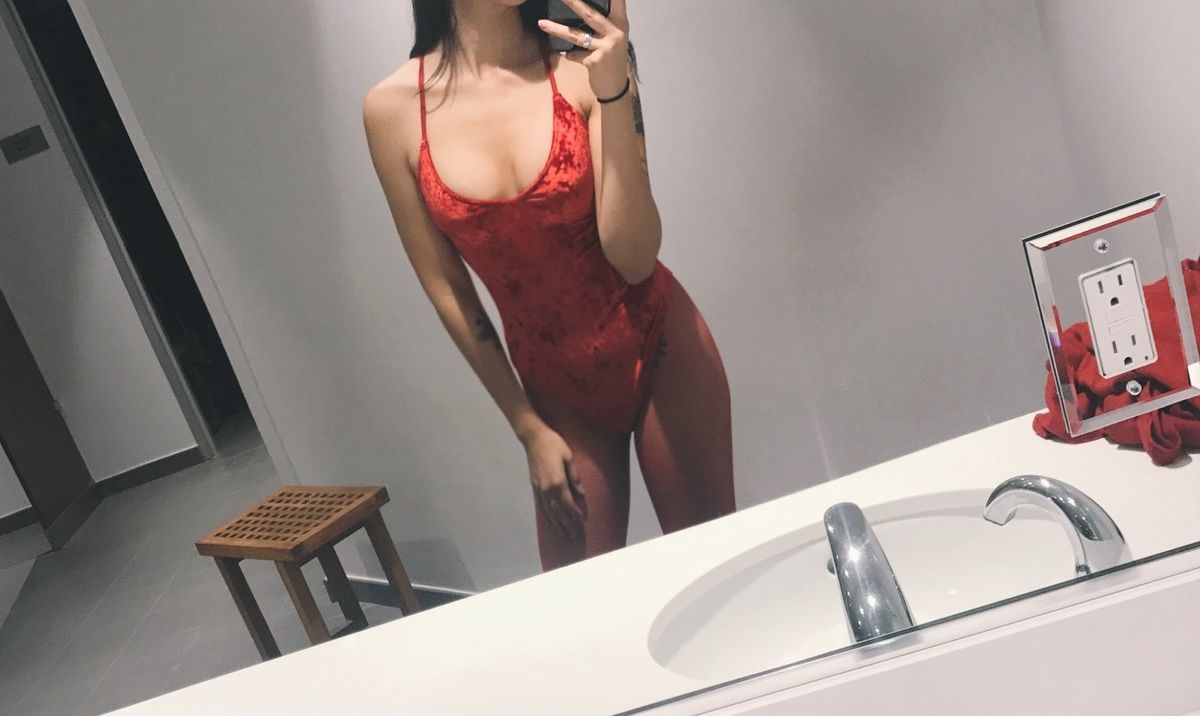 These terms are incredibly common and all the more irritating when associated with women and their fashion choices. Frankly, I’m sick of hearing all the reasons women should NOT wear certain things, especially on Halloween.

Why is it okay for men to run around shirtless, in briefs on any day, and simply receive the “boys will be boys” type of comment?

I wanted to clear the "slut" taboo once and for all.

Slut-shaming is an act that condemns women for being comfortable with their sexuality. Sexism and misogyny are so deeply rooted in our society they have become normal in every sense. Women are judged harshly for wearing revealing clothing, then blamed for it when a sexual assault occurs.

The line between a "slut" and a man is astonishingly prominent.

Without touching on all the other ways women receive unequal treatment, fashion should NOT be a matter of question. Women, just like men, can wear as much or as little as they want. Wearing this costume confidently, hopefully, established a sense of normalcy for those around me.

I wanted to encourage body positivity.

Body positivity is the concept of accepting and praising all body types and appearances. Instead of thinking of one body type as ideal, it's important we unlearn this for many reasons: confidence, mental health, sanity, positive self-esteem, and overall happiness with ourselves.

I'm not 5'9" with long legs and a tiny waist. I'm in no way putting down women who fit that description, either. Instead, I want to highlight on removing that outdated modelesque standard. We all have different body types which should be embraced and praised equally.

It helped me shut up all the catcallers.

Since I live in a busy city, walking the streets in little-to-no clothing makes me even more susceptible to catcalling. Of course, I knew that. So, I embraced it.

Every time someone said anything, I stopped, turned around, and asked them to think about what they had just said. I asked them what they thought they would get out of it, and if they had ever thought about approaching women in a more respected manner.

I expressed how violated I felt and demanded an apology. Not surprisingly, many of these catcallers did not expect my reaction or any at all. Surprisingly, I received many apologies, silence, or nervous laughter. Remember ladies, we have the power to shut ignorant people up.

I wanted to put a stop to the "girl-on-girl" hate and body shaming.

Remember when Ms. Norbury called out females everywhere for all the girl-on-girl crime? "Mean Girls" might just be the most quoted movie around today, because of all the valuable lessons in it. Although we might not want to admit it, women play a big role in body-shaming.

I hear it all the time:

"She's not even that pretty."

"Why would she wear that?"

"Does she really think she looks good?"

Luckily, I didn't hear any negative comments about my costume from women. Although, I did get a lot of judgemental looks, to which I just strutted more and smiled bigger. We already get plenty of horrible commentary from men, we don't need it from each other too.

This one is easy. Wearing my revealing clown costume felt great. It was a confidence booster, and I simply enjoyed every minute of it.

At the end of the day, it was harmless. And tomorrow, it will still be harmless.

All this slut talk is exhausting. Women do not dress for men, women, parents, priests, or anyone other than themselves. It should not take this much brain power to realize that clothes don't mean anything other than the fashion behind it.

Low cut shirts, short skirts, tank tops, turtlenecks, slacks, or lingerie are not invitations for sex or excuses for catcalling. Nothing equals consent unless made clear by all parties involved.

So, who the hell cares what was worn on any day?

Instead of worrying about other people's fashion choices, start upping yours. Especially on Halloween.