I went on an adventure this weekend and it was phenomenal. 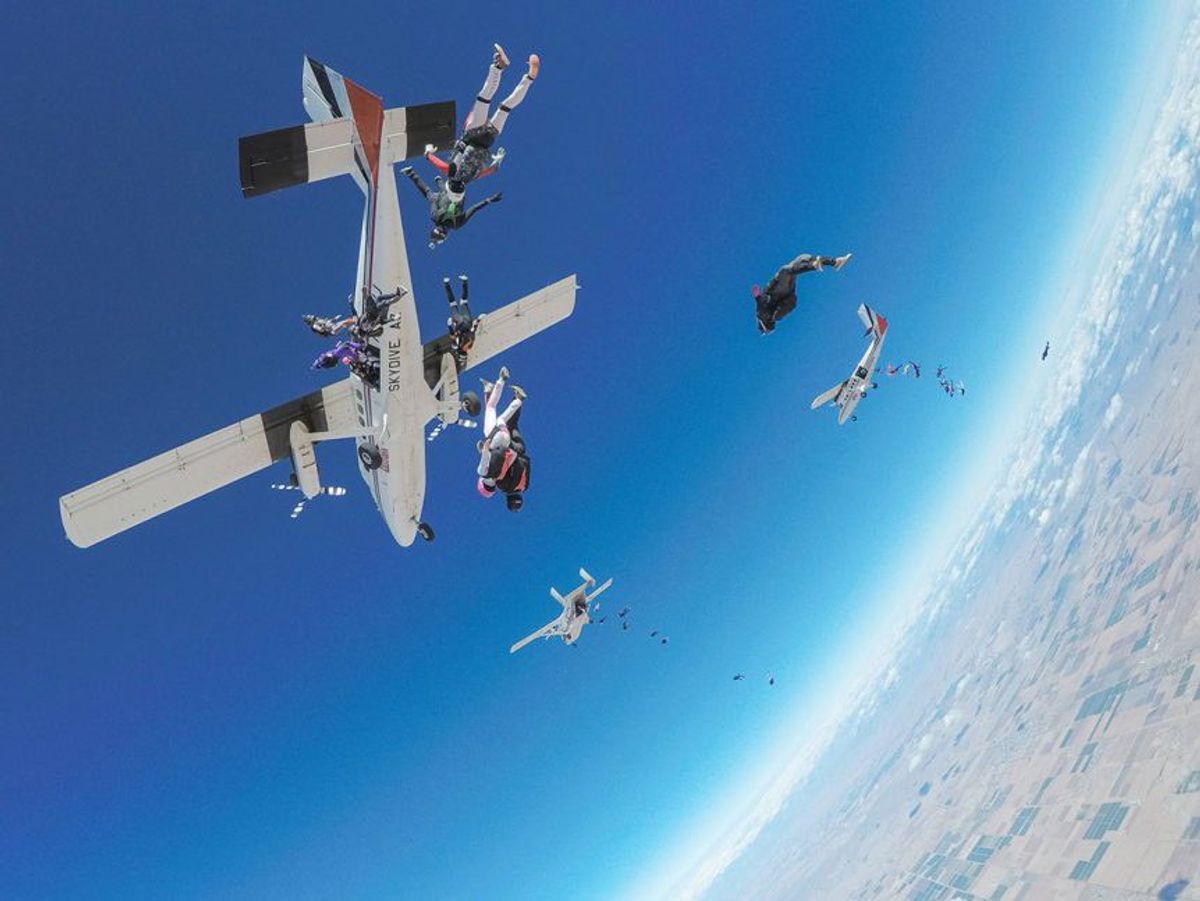 Spring break is an exciting time for most college students. Whether you're headed on a cruise down to Mexico or finally have time to read that book you've been meaning to fro a while now, spring break is great. The last day of my spring break took a dive. Literally. I went skydiving.

There was a lot of paperwork. That was the scariest part about it. They had us watch a video as we filled it out. I thought it was going to be a video explaining procedures and such about the dive but that wasn't the case. It was just a fun, lighthearted showcase of a typical dive. It wasn't a class like I thought it would be.

Instead of having you sit through a class of some sort the skydiver you're tandem jumping with is the one who gives you the rundown. Mine was Bob. He was actually really cool. He explained a few simple things about diving to me as I got strapped into the harness. Keep my head and feet back. That was it. I thought that this is the point when I would start feeling the fear creeping in but it wasn't. I really wasn't afraid, oddly enough.

Then we waited. It was probably somewhere between a five and ten-minute wait before they loaded us up on what was basically a hay ride, minus the hay, and transported us over to the runway where a small airplane was waiting for us. Then we boarded. We squished twenty three people into this tiny aircraft, much like sardines in a can (Their comparison, not mine). Then we took off.

Bob was next to me and as we reached out jumping altitude, 13,000 feet, he started strapping me to his own harness, which was the one with the parachute. I was fifth or sixth in line to jump as and I saw the first pair jump I felt a rush of excitement. I expected nerves to be getting the best of me at this point but it was just the opposite. I was ecstatic.

Then it was my turn.

Most people, myself included, wonder if they would have the guts to jump from an airplane 13,000 feet in the air. It's easy. There was no hesitation. As we leaned over the edge and my feet left the plane that was it. I could practically feel the adrenaline pumping through me now.

My ears popped with an intense, high-pitched, squishy squeak noise and then I could hear again. Then Bob let me take control of the parachute. Pull left to turn left, pull right to turn right. It was amazing. Then, once he took control again, we did a series of insane spins and such. Gravity wasn't going to win today.

The way the ground slowly got closer and closer was almost disorienting. I felt like a giant almost until my feet touched the ground. The way you just float downwards until everything appears to no longer be scaled for ants is an amazing sensation.

The landing was softer than I anticipated. I landed on my feet with a few uneasy steps and that was the end of it. I was still shaking from the adrenaline and I couldn't stop smiling. That had been an utterly amazing experience and I would do it again in a heartbeat.

I crossed an item off of my bucket list and I couldn't be happier about it. It was just incredible. Don't let the fear hold you back. It'll be worth the experience.