Anyone Can Have An Eating Disorder, It Doesn't Matter What Size They Are
Odyssey

You Never Know Who Has An Eating Disorder, Labeling That Girl A 'Skinny Bitch' Isn't Helping Anyone

You don't know what's going on under the surface. Be kind. 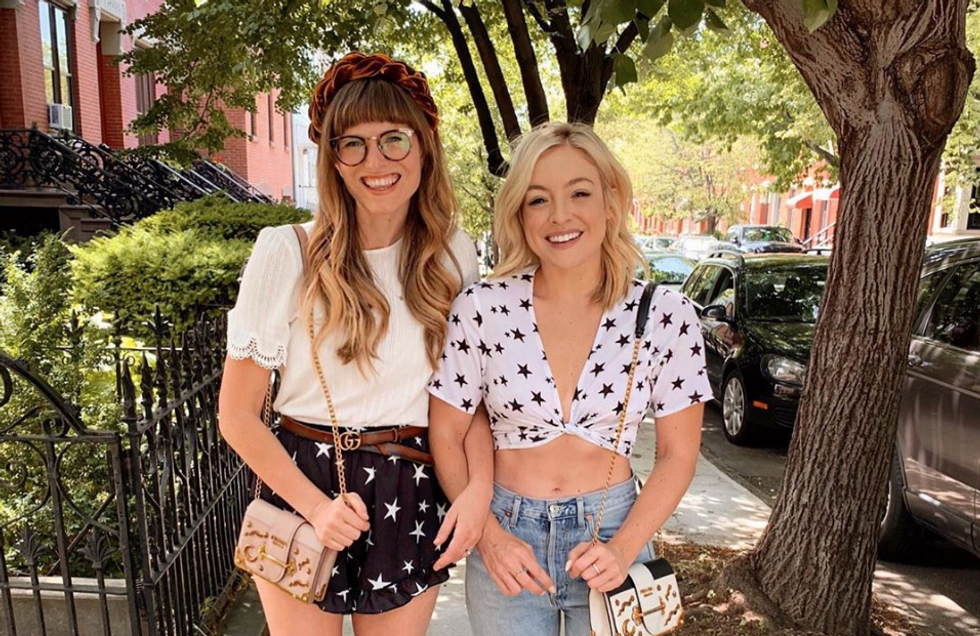 There have been quite a few things that I have heard over my lifetime that have just rubbed me the wrong way from start to finish. Heck, there have been people that rub me the wrong way from the first moment they open their mouths. You know the type: the ones who think they know everything or think they should voice every opinion they have, even when it has nothing to do with the current conversation or is entirely inappropriate for the setting you're in.

Yeah, those people. The people that rub you the wrong way in the same way new tennis shoes will rub your heels raw.

The people I can deal with, but their comments are just too much sometimes. I will admit that, although I am not entirely proud of how I may have handled some of the situations — I have spoken against these people from time to time. More often than not, I will avoid confrontation for the sake of an argument or simply stating my own, contrasting belief. But I feel that someone is missing another, crucial perspective that may be silenced or harmed by the offending statement, I cannot stay quiet.

This was precisely what happened a few weeks ago during a class discussion. While talking about how digital profiles can shape our opinions on one another, my classmates and I got on the topic of "Facebook stalking" and "Instagram creeping" as a popular activity before freshman year as a means of finding out a little bit more about the people you were going to meet just a few months down the road. Again, I will admit that I am not entirely innocent of this. Half of my Facebook friend list is still people that may go to the same school as me, but I have only met maybe once if ever.

We all know it's wrong to judge a book by its cover, but that's essentially what this phenomenon has become. Researching the people you will meet and creating an opinion on them based on the select few photos and statuses they have chosen to put online. Does anyone else see something wrong with that?

Among all the stories of our first opinions of the people that would become our future professors, friends, "frenemies," and significant others, one story really struck me as unnerving.

This person fully confessed to stalking her roommate on Instagram before move-in (as well do, don't even try to lie), but seemed to have jumped to a conclusion that I never would have thought of. Since this "stalkee" had very few photos on her page, all she could gather was her hometown, the names of a few family members, and that she was "a skinny bitch" that the girl didn't think she would like. All ended well between the two down the line, but the last judgment stuck with me more than I thought it should have.

Would the same logic be applied to a girl that was at a normal or even overweight? Why would a person's appearance affect the way she acted? Why did her weight bring to mind the possibility that she wouldn't be a good person to be friends with? What else could have been going on with this girl that went unnoticed on social media?

Before I delve any further into my worries over this statement, I must make it clear where I am coming from. With National Eating Disorder Awareness Week coming up soon, I felt that this was something I was supposed to speak out on as a person that has suffered from both disordered eating habits and anxiety. Since I have had these experiences throughout my life, I would say it's fair of me to assume that I may have been a little sensitive to the comment and my mind went to possibilities that others may not. Instead of brushing the comment off, I started to wonder how skinny this girl was and, if she was extremely underweight, what other problems could have been there just under the surface.

But that's just the thing about those troubles that linger just below the skin: They can't be seen because we hide them away. We never put the full story on social media because we don't want to look weak in front of everyone else.

Heck, even admitting to the struggles I have had in an online article is terrifying, but this conversation has sat with me for weeks, and that alone tells me it's worth facing the fear.

My main point is this there is no reason to assume that a person's looks will tell you everything about their personality because people are prone to hiding the worst things in their life because they don't want to be vulnerable. People who want to look like they have it all together will hide away every last painful grimace until it looks like they have everything right where they want it. Nothing bad ever gets to the surface because we put up barriers so high that not even we can break them down.

Sure, this particular exchange could have been my overreaction or even oversensitivity. I knew this at the moment and did not say anything, but it definitely made me think.

This is not a matter of double standards for the female body (although those are a major issue), but, rather a matter of how we treat one another as human beings. It's a matter of the vicious nature of quick judgments.

Before you make those split-second judgments, stop and ask yourself "yeah, but what could be below the surface? What is there that I can't see?" Those are the things that we aren't allowed to see because they aren't on display.

That girl that you think is just broody may have just lost a family member. The kid that you think is just the class clown may use his jokes as a way to compensate for his insecurities, for feeling as if nobody likes him. The girl that you just called a skinny bitch may be a perfectly nice person that shrugs off hordes of demons every day to keep others happy — she may not have the energy to smile at you when you pass her in the hallway.

To all my fellow "skinny bitches" out there, I love you, and I know what you are going through.

To all my fellow human beings out there, we all have things to hide, and none of us like to be judged by the few things we choose to let slip through the cracks of the walls we build. So why do we do it to others?

If you or someone you know struggles with their mental health in any capacity, know that there is hope, as well as a variety of resources available for you to use as well as numerous ways to show your support.