No, SIU Students Did NOT Put On Blackface To Celebrate Trump's Victory
Odyssey

No, SIU Students Did NOT Put On Blackface To Celebrate Trump's Victory

They deserve an apology. 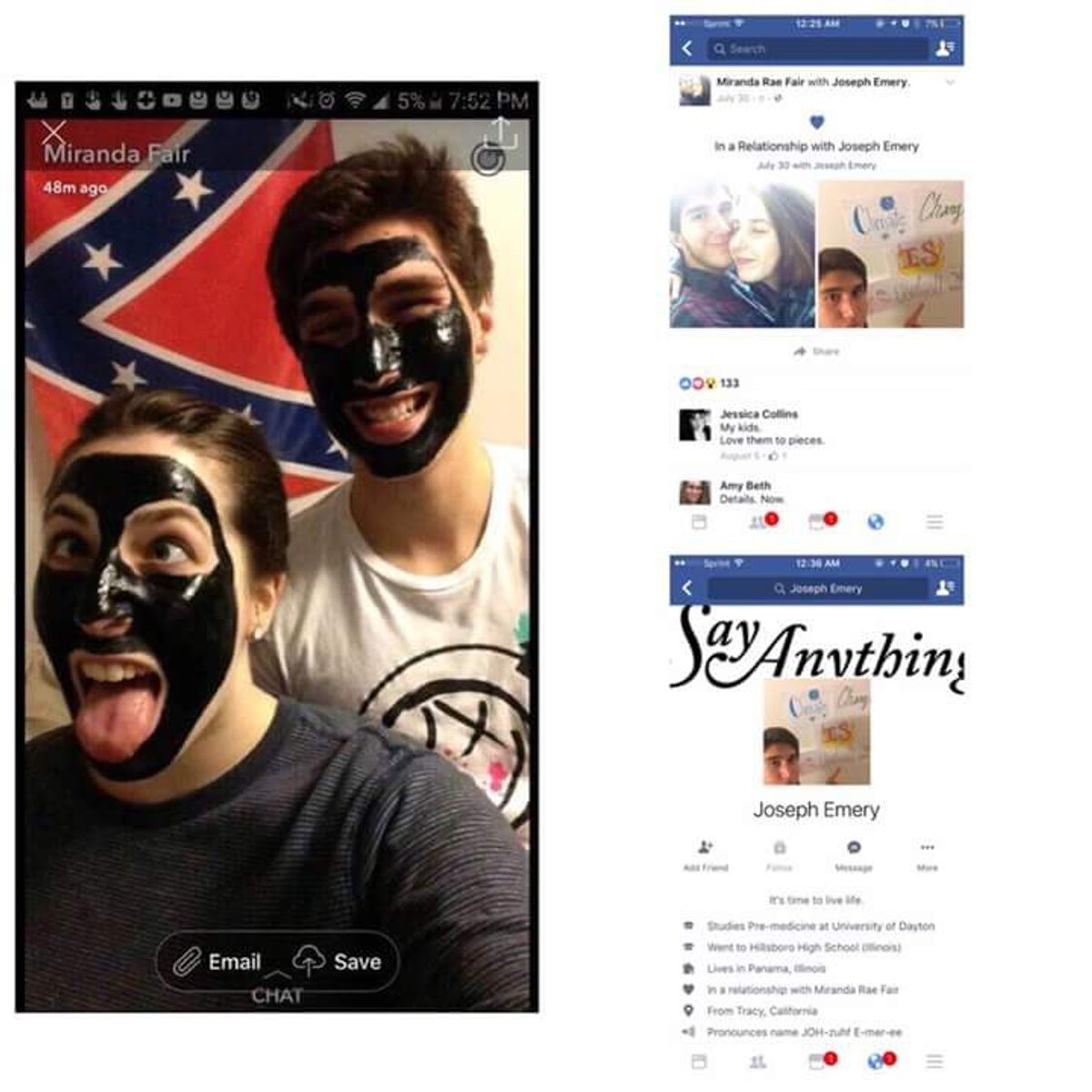 In the wake of the recent Presidential election, a journalist named Shaun King obtained of this picture of two students, one from Southern Illinois University Carbondale, out of context and placed it on Twitter with the students' Facebook pages assuming that it was blackface. It has since erupted and been lumped into the compilations like this and this all over the internet of Day 1 in #TrumpsAmerica filled with images and videos of people being awful toward people of color, Muslims, Hispanics, and women.


This is a poorly-placed picture, and it was screenshotted and saved and then posted weeks later to push an agenda. This is not what the media is telling you it is.

Firstly, this is obviously not blackface: this is a face mask. People use them all the time. It's made from charcoal, which just so happens to be black in color.

Secondly, if you click on the full picture and find it, that Confederate flag is defaced and ripped in half. If you look at these people's Facebook pages, they are both progressive and most certainly not celebrating a Trump victory this week.

Thirdly, SIU is a very diverse campus, and the majority of people here are the opposite of racist. My university is not made up of acts like this. This girl is an active member of her sorority and the community, and I have many mutual friends with her. Everyone I know who knows her has spoken out saying that she is one of the kindest people they have ever met. Allegedly, she has now gotten so many threats and so much backlash for the misunderstanding that she has left left campus. Her boyfriend took his entire Facebook profile down. People have been reporting them to their universities trying to get them expelled. I could not handle seeing this and seeing this hate without writing about it and setting the record straight.

The female student in the picture, along with handfuls of other SIU students, have posted statements via Facebook giving proof:

This tweet is an example of public shaming and social media sensationalism, and it created a massive witch hunt for two innocent people. If anyone is to blame here, it is somewhat the person who falsely screenshotted this (depending on if they knew the whole story) and it is absolutely Shaun King. Twisting something around to fit his political agenda or at least not doing research on it, and then sharing it to his 400,000+ followers on the internet, was a ridiculously irresponsible act. It is not what journalism is about. There was instant backlash that has since become a national news story. Many of my own friends, people that I care about and deeply respect, shared this tweet thinking it was what he claimed it to be (because why would they question someone who's supposed to be reporting the truth?) very upset to think that there was this kind of hate in their own community. It is understandable that people would be offended by this picture if it were actually showing what he claimed. But it's not, and as a journalist, this man has the responsibility to report the truth and the power to single-handedly ruin these young people's lives. By posting their Facebook pages and revealing their identities, this man invited people everywhere to reach out to them and to respond to what they assumed they were doing. He invited people to breed hate. And they did.

This is what I urge you to do: do not believe everything you see on the internet at face value. Do your own research on anything that is presented to you, and don't assume that the media is on your side. Realize that people can twist whatever they want to fit their own needs or point. Pictures can be cropped, captions can be added and people's lives can be ruined. Do not resort to name-calling, do not resort to hate. Have a conversation about it with the people involved. In light of the events that have happened this last week, I understand the need to stand up for yourself and your community and to call out anyone who thinks that you don't matter. I understand. But don't ignore the truth because it doesn't fit your narrative of what's happening. Tackle the real issues in the world.

They deserve an apology.