10 years later the sisterhood is all grown up navigating new problems. 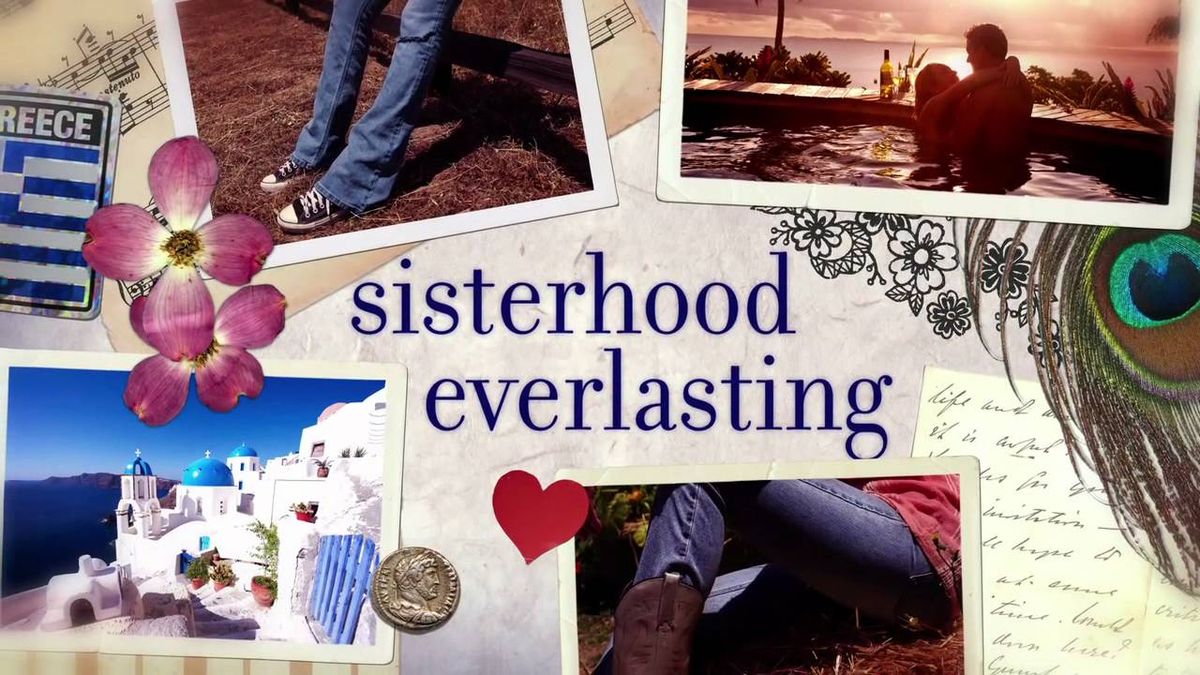 When I was in junior high or high school I read all the Sisterhood of the Traveling Pants books. I recently reread them and discovered that this is a fifth book that I never read. It honestly blew my mind. I was seriously completely shocked and I asked everybody if they had known about this mysterious fifth book and nobody was sure. So I let it be and began reading the fifth book obviously after I finished reading the first four. This fifth book seriously gave me all the feels. If you are reading my articles regularly, you will have seen that I had posted recently about what it’s been like to reread all these books and I told you to stay tuned for another post. Well here it is, it is about all the feels I experienced reading Sisterhood Everlasting.

1.First I was excited to see how everyone turned out and what their careers ended up being.

This book was set ten years after the forth book ended, therefore all four girls where 29 turning 30 and set in careers or specifics lives. Lena of course was an artist and an art teacher. Carmen, to everyone’s surprise was an actress. I actually found this to be really awesome because of that last book. Bridget was a temp who didn’t want to settle down in one place but instead keep moving. Tibby, moved to Australia with Brian and we honestly don’t know much about her life. We know that prior to moving to Australia she was writing scripts and doing her movie thing. Honestly, Tibby was the biggest surprise of all. I will get more into that later.

2. I was livid that the girls hadn’t seen or talked to Tibby much in two years since she moved to Australia.

Honestly, I was thinking how was Ann gonna play us this way and break of the Sisterhood. Seriously, I’m sorry not okay. The sisterhood had been together since birth and it’s not okay to take them away from each other. Also, cutting off almost all communication with Tibby like not okay, the girls wouldn’t do that.

3.Then Tibby finally reaching out and sending the girls for a reunion in Greece.

Now that is what I am talking about. Way to go Ann! Recreating their trip to Greece a place that they were pulled back together again because of the pants, now that’s how you do it. I was so excited, and anxious to see what was going to happen. To see what made Tibby stop communicating and pulled her so far away from the girls.

4.KILLING TIBBY?! AND THEN MAKING IT LOOK LIKE A SUICIDE?!

I was so close to being done. I couldn’t believe that she killed off a sister. That she would make it look like a suicide. She ripped those girls apart, so far apart for the entire book all because of the death of one of them. I understand how all the girls went through those emotions but pulling them apart from each other when they really needed each other. So not cool. What made me most mad was the fact that she didn’t even get to see the girls again she didn’t get to explain anything so they were all left confused.

5.Tibby having a baby.

Of she named the baby Baily I don’t think we could have had it any other way, especially because Baily truly brought Brian and Tibby together. However, we need to talk about the fact that Tibby had kept Baily from the girls. She was 20 months old when Bridget finally find out about her. Tibby wouldn’t have told them. AND the fact that we all thought she committed suicide and left her sweet girl alone.

I was honestly surprised that Bridget and Eric where still together but Lena and Kostos were not. Tibby and Brian was a given. I don’t want you to think that I was unhappy about Eric and Bridget I truly think they are good together but I was surprised that they were together over Lena and Kostos. I always thought someday would come. Well, I didn’t lose hope because TIbby worked her magic and Lena and Kostos do end up together in the end. Which, are we at all surprised? I wasn’t. With the relationships I was sad that Carmen ended up alone and everyone else ended up with someone. I mean yeah they had each other, well without Tibby. And without Tibby that left Brian alone but out of the sisterhood, why is Carmen the only one alone?

7.Bridget being pregnant and Baily being what makes her decide to have the baby.

Bridget’s story line totally pissed me off. Her traveling and leaving Eric I was over it. Then she found out she was pregnant and I felt better. She wanted to have an abortion but she went to Australia and discovered Baily and changed her mind. She realized how much she wanted to be a mom and raise this baby with Eric.

8.Tibby, her letters, and her daughter brought the sisterhood back together.

Let me start by explaining that Tibby didn’t commit suicide. She really did drown. She had Huntington Disease and she was going to tell the girls in Greece but she was weaker than she thought and drowns when she was swimming in the ocean. Tibby wrote letters which was why the girls thought she committed suicide because they didn’t get to see Tibby in Greece because she died before they all got there. In the letters TIbby told them all to go to one location and that brought them all back together.

This book was entirely different from the other four books. There was deeper sadness and hurt in this book than in the others. It was still an incredibly well written book that I read in two days. It kept me absolutely on my toes and I loved every minute of it. Even when I was incredibly mad about what was happening.