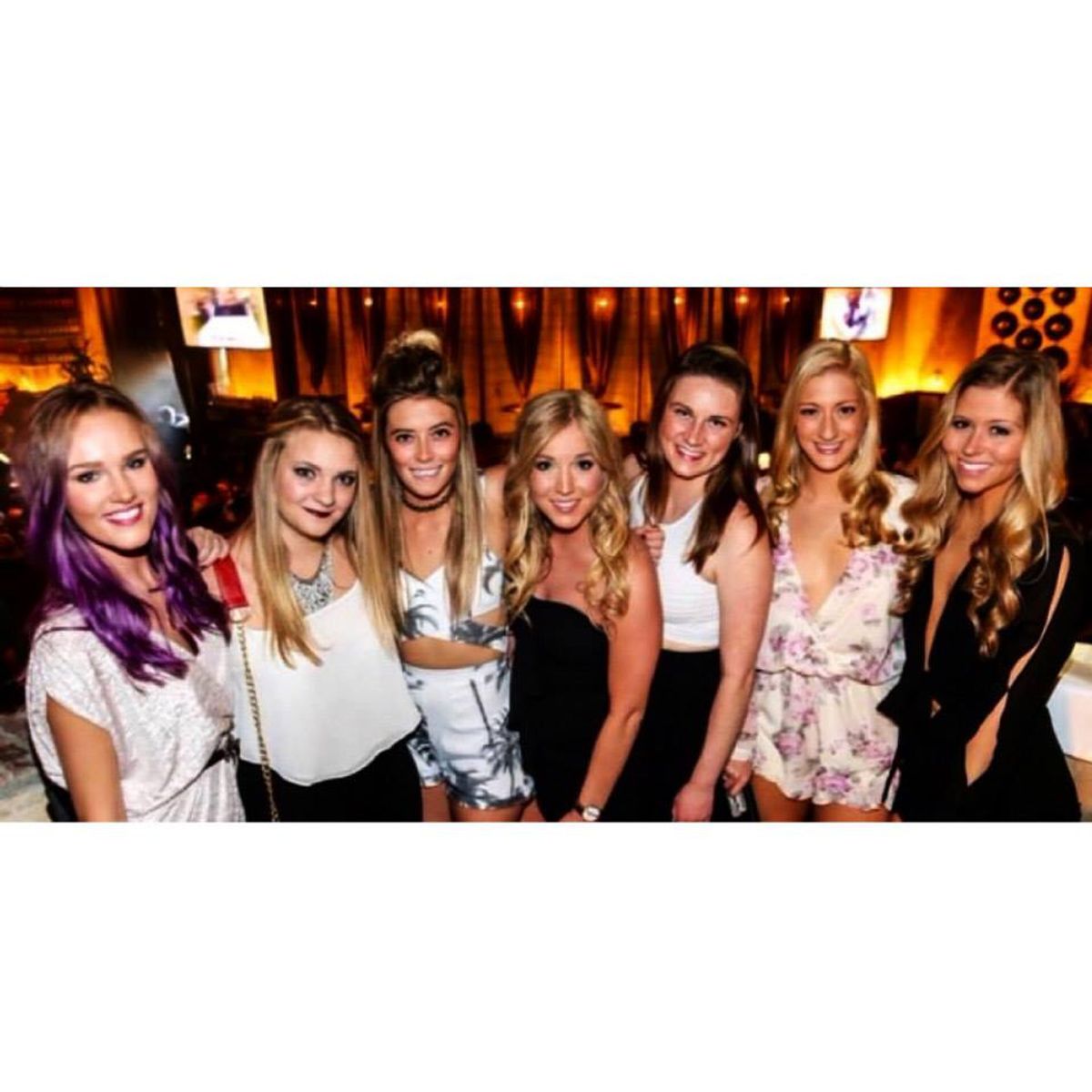 But a weekend in Vegas isn’t just about having a 200-second snapstory that annoys all the sober people who watch it. It’s also about other substantial endeavors, such as drinking a lot of expensive liquor, pretending to like EDM music, and pissing off old men.

The best part about Las Vegas is that the entire weekend is practically free, unless you’re a boy of course. For girls, all you have to do is alert somewhat creepy club promoters that your posse is in their city. When they tell you that they’ll get you on the VIP list and give your group free bottle service at their nightclub, they are actually not lying. The only catch is that they might not be in it for your personality. Happens.

Once you’ve lined up half a dozen club promoters to dote on your group all weekend, take in your surroundings. All the glitz and glam and tack and supersized-ness will make you feel like Barbie in her Dream Castle. Plus, open containers are legal, which basically lets you relive your semester abroad. If drinking a Bud Light Lime in front of the fake Eiffel Tower doesn’t get you cultured, I don’t know what will.

When the desert sun has fallen and the Strip is lit up like Scott Disick’s eyes when Kourtney is out of town, it’s time to hit the clubs. The promoters will probably say in order to get free bottle service you have to show up at 10. This is when the games begin. Text all the promoters the lie that “XS’s promoter is offering bottle service AND we don’t have to get to there until midnight.” Next minute, every single one of them will be offering you free late entry and an extra bottle of Patron.

Once you've got them all in the palm of your hands and pick the best deal out of your bargaining, the real Las Vegas will come to life. In reality, you don’t actually have the table the promoter promised you — you just have it until the actual reservation shows up, and you’ll probably feel like an objectified pump-up girl for the duration you’re at the table. Remind yourself that Grey Goose doesn’t see you that way.

You might get lucky and your table won’t get rented out at all, allowing you and your ladies to bring in the sunrise on top of it. However, if you’re sitting at the best spot in Hakkasan and Calvin Harris is performing, expect middle-aged business men to book it out around 1 a.m. Likely, they’ll be overjoyed that a bunch of college chicks are swarming it and invite you all to stay. As tempting as it may be to party with these losers all night, get the F out of there before some 45-year-old housewife starts harassing you on Facebook for being tagged in the same club photo as her dearly beloved.

These days, what happens in Vegas doesn't stay there; it gets posted on SpyOnVegas.com. Be warned.

Nicole Marie Nigro
Individual Creator
9252
c1.staticflickr.com
Where to start...... Let me start with the cliche that life throws us curveballs and what we do with it is what counts.