The meaning behind the lyrics 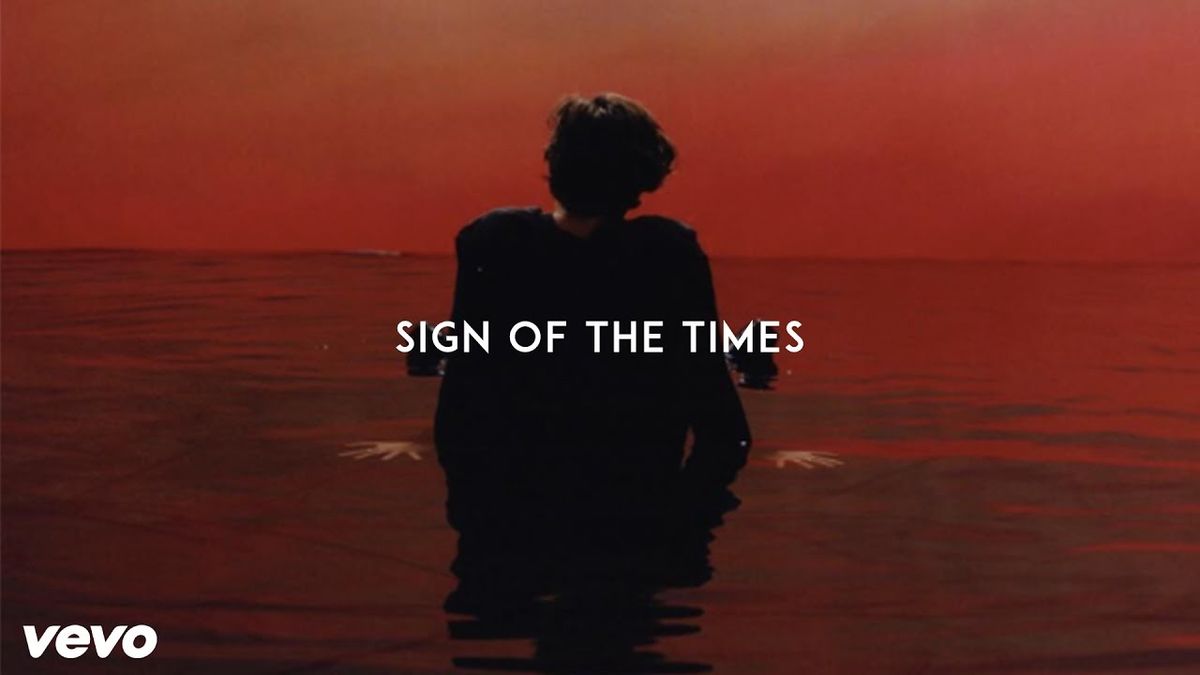 I just listened to the new song, "Sign of the Times" by Harry Styles and when listening to the lyrics and really trying to understand them, the message in this song is really inspiring. I love this song and it's message so here are my thoughts on some of the lyrics from this great song and what I think Harry Style's is really saying in this song.

I think these lyrics could mean a few different things. Since this is Harry's first single album I think this could mean that the last One Direction album was the 'final show' but there will be more to look forward to. This would mean that he said 'hope you're wearing your best clothes' because he wants people to know that his time at One Direction was not something he regrets and that he would not be where he is now without that.

This could also mean that, because of our political climate, these four years that Trump is in office are literally our last years. While this is very grim, a lot of people are thinking like this and whether that is right or wrong, it is something that a lot of people can relate to and would not be surprising to be talked about in a song by such a popular artist.

"We never learn, we've been here before
Why are we always stuck and running from
The bullets, the bullets?"


Because of what is going on in our world, we think that we have never been through this before and do not know how to deal with it. We really have been through it before. We have had bad presidents and we have gone through times where the majority of people did not like or agree with the people who were representing them to the rest of the country or to the rest of the world. If we just remembered that we have been here before, it may stop us from thinking it is such a shock when it happens again. We could even prevent it from happening again.

Remember, everything will be alright
We can meet again somewhere
Somewhere far away from here"

In this verse I feel like he is telling us that it will be okay when it is over. Everything will turn out okay in the end and the fight will be worth fighting. He is saying that we will have become stronger because of this dark period we are going through.

"We don't talk enough
We should open up
Before it's all too much
Will we ever learn?
We've been here before
It's just what we know
Stop your crying, baby
It's a sign of the times
We gotta get away"

These lyrics make me think that he is talking about our current political climate especially because I feel like we do not talk about our fears and beliefs as much as we should. We fight about things with each other but do not leave room to try to understand someone else's argument. We have gone through times like this where there was rebellion because of the politics in the country and we will make it out alive and even more confident and strong in our beliefs, but hopefully we will also leave with a better understanding of others and the beliefs we do not believe in. If we can understand each other, it provides us with at least enough information to make the right decisions for the majority of the people in the country. Although Harry Styles is originally from the UK he spends a lot of time in the United States and has no doubt heard about and seen the repercussion's of the election we had last year. Because of this, I think that this song, whether he meant it to or not, has a huge meaning behind it that shows that although we are in a bad situation right now, there will always be a better time to come. There is always something to look forward to and even if we have to leave to figure that out, we will all be okay in the end and stronger tomorrow from the oppression we are facing today.