Sierra Burgess Captures The Struggles of Confidence But

If you overlook the socially inappropriate moments, this Netflix film is pretty entertaining and real. 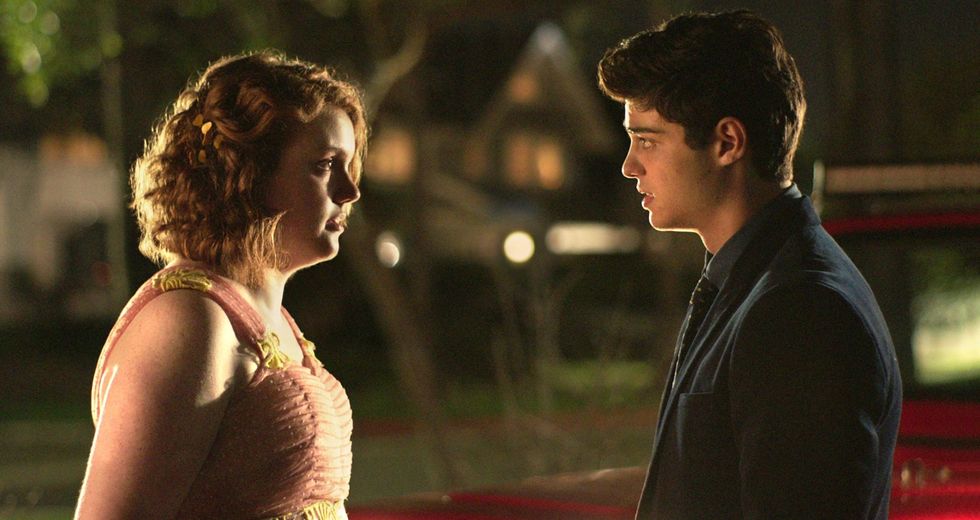 Netflix has been on a roll lately with their original content. With hits like "Stranger Things" or instant classics like "To All The Boys I've Ever Loved Before," they almost always hit it right on the money.

It comes as no shocker that their latest original film, "Sierra Burgess Is A Loser," would premiere with tons tuning in with excitement. I know I was. After viewing it, I overall enjoyed it. It had many cute and light-hearted moments, mixed with raw and relatable ones. However, there is no denying this movie, at times, lacked a moral conscience and made a few inappropriate jokes that missed the mark, but we'll get to that later.

The one thing this movie does extremely effectively, in my opinion, is its ability to accurately convey what it's like to be young growing up in today's society, specifically the impact on one's self-esteem. The movie centers around Sierra Burgess, your typical high school high achiever. She struggles to feel seen; to truly identify what makes her special. When the stereotypical popular girl, Veronica, purposefully gives Sierra's number to a good looking boy, Jamey, with what she deems as "loser" friends, a catfish extravaganza ensues, with Sierra pretending to be Veronica to keep talking to Jamey.

As their relationship progresses, Sierra's feelings become real, as do Jamey's. But with that, complications arise and Sierra must enlist the help of her once nemesis, Veronica. And thus a genuine friendship blossoms. There are many cute moments with both Sierra's relationship with Jamey and the friendship with her and Veronica. However, in between all of these moments, there are a few tasteless things that cannot go unnoticed.

The most notable is Sierra pretending to be deaf, while Jamey's actual brother is deaf. In order to help mask her voice, which Jamey as this point knows, she pretends to be deaf by making up sign language. The moment, although light-hearted in nature, just misses the mark and becomes offensive. Of all ways they could have made her hide her voice, having her use sign language in a mocking manner was not the right one. There has been some notable backlash following this addition, and rightfully so; It just really is not tasteful or appropriate.

Now, when you look past all of these inconsiderate aspects, the movie hits home perfectly with the struggles young people have with confidence, both academically and personally. One notable moment that was so incredibly raw and emotional is when Sierra breaks down saying how hard it is to "look like this" and be growing up as a teenager. Her disgust with herself and a complete lack of good self-esteem was so genuine and something I personally connected with. In today's day and age, we all have this image and this inaccurate perception of what society wants. We all have had those rock-bottom moments when we just feel horrible about ourselves like we aren't good enough to get a cute guy to like us for who we are, or to get into college, or have friends. But it isn't true, and this movie shows that.

The movie, although not realistic and essentially a catfishing story, does hit home for a lot of people suffering from feeling unconfident about themselves. Despite the distasteful moments, the movie is entertaining and exemplifies how important it is to be who you are, not who you think society wants you to be.

Watch "Sierra Boggess Is A Loser," but do so with a grain of salt, because once you get paste those iffy moments, you'll be moved by a story about the struggles of growing up today.

sierra burgess is a loser
Report this Content
This article has not been reviewed by Odyssey HQ and solely reflects the ideas and opinions of the creator.