How My University Is Enforcing COVID-19 Precautions
Odyssey

Enforcing COVID-19 Safety Guidelines Has Been Hard, But My University Has Deemed It Necessary

Cracking down is always difficult, but it's usually for the best. 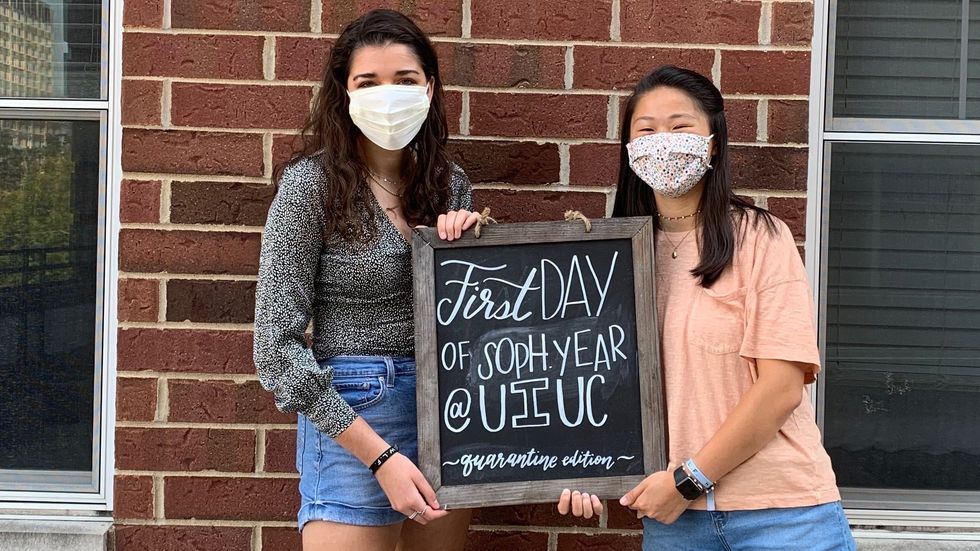 I have never been more anxious in my life. And that is coming from a lot.

I came back to campus expecting life to be somewhat normal. I knew that things weren't going to be as perfect as they were before the pandemic, but I was hoping at least to have some time to spend with the people I had been estranged from for months. Even further, my contract to the dorm I was living at was nonrefundable and I was going to lose the money I had put into the dorm if I didn't end up living there.

But in all honesty, how the last couple of weeks have gone made me consider going home even more.

Don't get me wrong, I love my campus. I miss meeting new people and creating friendships that are likely to last a lifetime. But some of my fellow peers who also live on campus are completely crazy.

Ever since the pandemic began, I have been very adamant about mask-wearing and avoiding the spread of the virus. Not only are my parents immunocompromised, but my mom is a nurse — from the very beginning, she instituted how scary this virus could be if we don't control it now.

I wish that everyone had a mom like me.

What I have witnessed over the past several weeks has made me doubt not only the faith I have in my own generation but also older generations as well.

I thought that our university was under control. We had seemingly strict policies about testing twice a week, social distancing as much as possible, and not having building access until we tested negative.

All of these enforcements made me feel comfortable. It's better to have them than not.

My friend from home who is attending the University of Iowa told me about their skyrocketing cases and how their administration basically told all their students to fend for themselves, and how it was their job to get tested on their own time.

But what I ended up seeing on the first week on campus made me very uncomfortable. What was even worse was that at the church I attend, people were making not wearing a mask into a political statement at mass.

This really irked me.

I was so sick of all the excuses. Freedom. Health issues. Politics.

Freshmen, in particular, were not abiding by rules to social distance — throwing small parties in the lounges of my dorm to compromise for the inability to go to frats. Some even went to frats, knowing that it was wrong to be attending parties during a pandemic.

They believed they had the right to doing this because they had lost their senior year, and now they had the ultimate freedom of being new college students. I felt bad for them, but I also couldn't reason why they would try to bring down the progress that was being made.

The number of students I saw walking on the streets on Friday nights was ridiculous and scary.

People have begun to quarantine in my own dorm, and at every mealtime, a cart of bagged food went up the elevator to be delivered to people who were staying put. It kept getting larger every day.

I wasn't surprised when all of the campus received an email from our chancellor, where he basically yelled at us and expressed his frustration and disappointment with how things were going.

Our dorm is on complete shutdown and honestly, the last week has been quite difficult. Not being able to socialize with anyone but roommates has made the dorm seem more like a prison than an epicenter for socializing.

But it is for good reason.

It is important to note that although we have been dealing with this pandemic for months on end, that does not give anyone the right to disregard the rules and stipulations that have been put into place to try and end this pandemic once and for all.

It is at this time that we need to be working our hardest to try and end any possibility of the university being shut down.

In-person classes are very beneficial to those who have them right now, and the university environment is what we are all paying to have. Reckless behavior, although a fun alternative now, will be detrimental later to our campus in some way or another.

Although I sympathize with the freshman, I call on all students to hunker down, enjoy campus life for its education opportunities for the time being, while we endure this virus.

People keep saying that it's so difficult, but honestly, we've been doing it for so long, I don't understand why people would just stop now.

All the hard work that has been put into avoiding this pandemic is one of the reasons why we cannot just freely give up now.

The end is near.

We must stay strong.