Shuffle Along: The Musical You Need To Know
Odyssey

Shuffle Along: The Musical You Need To Know

The Broadway show that should have been remembered. 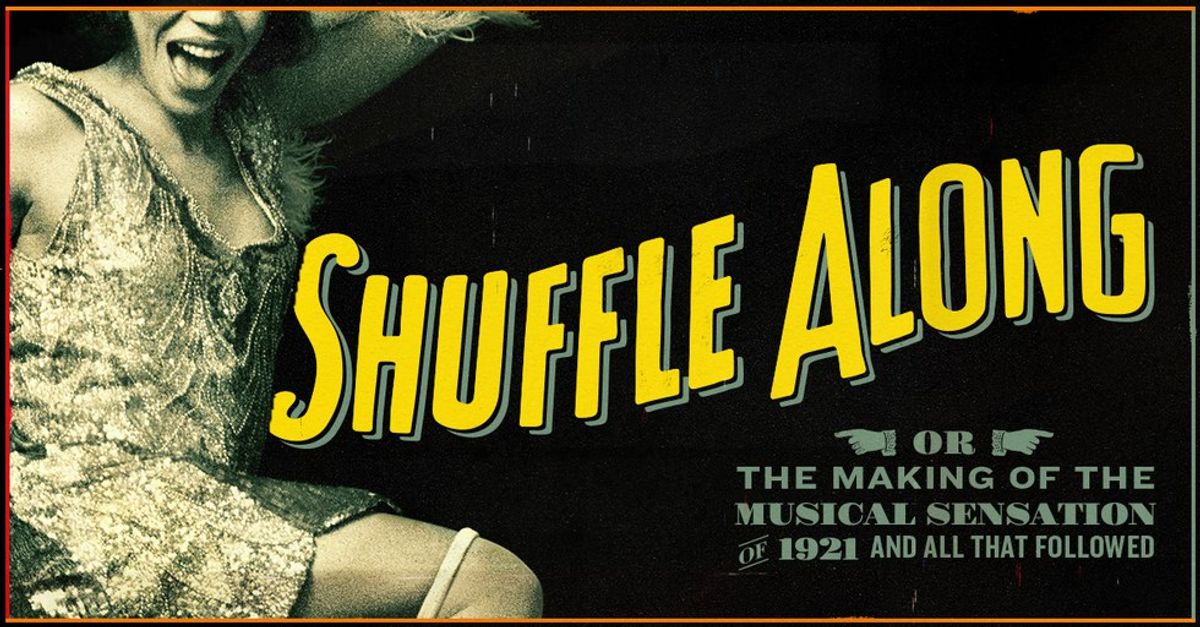 Lights up on a stage that's already tapping and teeming with vivacity. A curtain draws open, revealing a floor full of vibrant colored costumes and a beautifully lit scene. "Shuffle Along" begins in this auspicious way. Well, not the original 1921 version of "Shuffle Along." I don't know how that began, but gosh I sure would have liked to.

The Broadway that we know today just closed "Shuffle Along, or, the Making of the Musical Sensation of 1921 and All That Followed," and I was lucky enough to catch it in the final weekend of its 100-performance run. It was as close as I could have gotten to seeing the original production, and for having seen that I am very fortunate.

This year's musical tells the story of the making of the original show, and it's a narrative that America sadly seems to have forgotten.In 1920, four African American veterans of Vaudeville got together to write a musical, an unprecedented feat for them. These men had never written such a show before, nor had a Broadway show ever been written, produced, and directed by a team consisting only of men of color. People were skeptical, no one wanted to invest in it, but the show went on. Noble Sissle, Eubie Blake, Flournoy Miller, and Aubrey Lyles found their cast and created magic. The show was poorly-funded, unable to pay its castmembers, and $18,000 in debt by the end of its first year of touring. But the original Vaudevillian four were troupers and troopers. There was no quitting allowed and the cast of this show soon found a home in New York. It was a building that was too small and without the orchestra pit required for the show on West 63rd Street. Billy Porter as Aubrey Lyles cracks that, "That's not Broadway, Broadway is 42nd Street". Our audience bursts out laughing from our seats inside the Music Box Theater on 45th in Midtown. It's a bit of a surreal moment, and I'm brought from the conceptual back to reality.

I'm sitting in a theater filled to the brim with people from all over the world, thrilled to be seeing this play, this beautiful cast of black men and women telling the story of what happened so long ago. The story of what history has left out.

"Shuffle Along" was an achievement that gave fame to the likes of Josephine Baker and Adelaide Hall. This musical gave us songs like, "I'm Just Wild About Harry", and "Love Will Find A Way". Songs that we know, but we don't know them from this show. Even Gershwin's tune for his song "I Got Rhythm" is rumored to have been taken from the improvised riff from a clarinet player who was part of the original Shuffle's band. Snagged, stolen perhaps. This show laid out a scaffolding of genius scores, an incredible cast and well-known songs, and people began to build.

By the way, the original musical did become a raging success after all. The company settled into their little theater on 63rd and made $9 million.

But we don't remember.

I can't think of a good enough reason for us not to. Sure, the four creators fought and separated. The road to production and touring was tumultuous and uneven. But legacies live on and even cast members lived on into the late 20th century. I think we choose to forget.

For that, I'm grateful for a new show. It's not a revival. but a reminder. A refresher course or introduction to one of Broadway's most historic and monumental movements.

Led by a cast of today's Broadway veterans like Billy Porter, Brian Stokes Mitchell, Joshua Henry, Brandon Victor Dixon and Audra McDonald, a story is stirred up again and life is breathed back into history in living color.

We owe it all to the original four.