They had barely hobbled fifty yards when they heard the footsteps graze the dead brush behind them. "Stop there!" Exchanging wary glances, Krignon and Powers turned to face the unknown intruder. 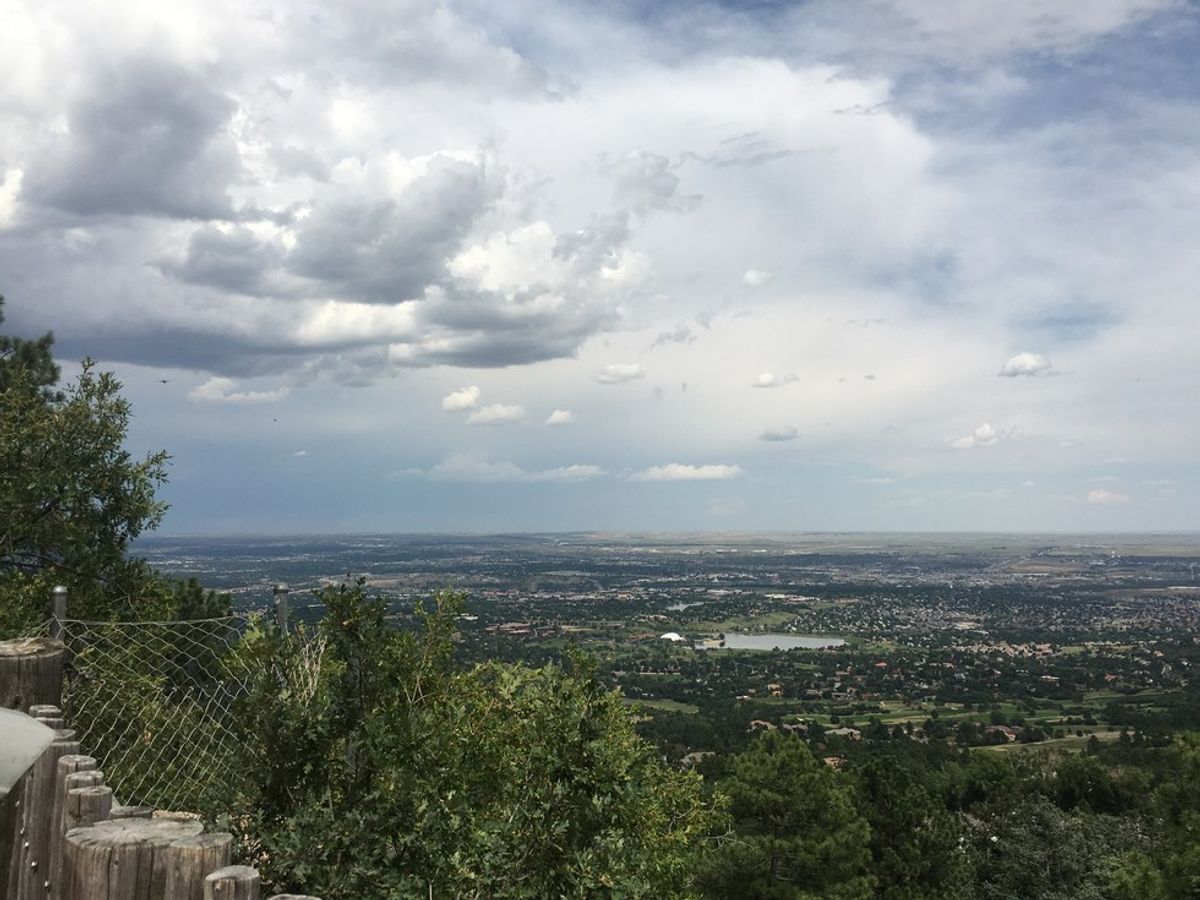 Need to catch up? Click to read Scene 5 from Shroud of Darkness, "Shroud of White".

Fireworks. All she saw were fireworks. She was an 8 year old in Disneyland complete with a Mickey Mouse balloon in hand and eyes wide, enamored with the bursts of technicolored lights. Their brightness was almost too much for her young and sensitive blue eyes, but she couldn't bear to look away.

She was as captivated as the rest of the crowd, though some people still moved and jostled around her and her family, trying to get the best views in the Magic Kingdom. Her mom and dad were just ahead of her, with her mom holding her hand to prevent them separating. Except someone stumbled directly into their path, and suddenly she was detached from her mom.

She no longer saw the fireworks as she spun around, frantically searching the crowd for her mom and dad. The deafening pops of the lights inspired terror in her heart instead of the joy she had felt moments earlier. Distracted, she lost her grip on the balloon, and up it went, soon to be devoured by the starbursts above.

Then she heard her dad calling her name. "Leila! Leila, come back!"

Except it wasn't her dad. And she was suddenly all too aware of the throbbing in her head. She half-opened her eyes, and gasped.

LT Powers' face was mere inches away from hers, but it held a similar expression of concern as her parents' had that night in Disneyland.

It was an expression of finding something treasured, moments before it might have been lost forever. As she regained her focus, LT Leila Krignon realized it was not fireworks back-dropping Powers, but an emergency flare. She smelled smoke wafting from what she knew would be the charred remains of their chopper. Her chopper. Such as an Admiral would go down with his sinking ship, so she and Powers and gone down with their Black Hawk. They had managed to survive, solely thanks to Powers' quick actions in the air when she had been knocked unconscious. She wondered if she was losing her edge.

"I need you awake, DC Girl. I think you have a concussion. I've been....I've been worried." Powers explained, voice shaking.

"The radio?" she asked. Her voice came out raspy, and she tasted blood.

He held up the battered phone. Powers replied, "We're going to have to work on it."

She nodded, then caught sight of his mangled and broken arm. "First let me take care of that," she said.

She motioned for the first aid kit, and Powers slid it off his belt. He knelt beside her, and she pried open the semi-melted kit, pulling out clean gauze and winding it slowly around the burns on his arm. She knew he would need medical treatment when they were rescued, but for now this would have to do.

After treating the burns, she did her best to shape a makeshift split for his broken hand around the gauze. His silence was confirmation that he was in a great deal of pain; she had never before experienced LT Powers to be at a loss for words or jokes.

When she was finished, she sat back and closed the kit. Powers let out a deep breath.

"Next steps?" Krignon said. She squinted, look out into the open expanse of desert.

There was minimal light to the east, suggesting that sunrise was on its way, but with the flare slowly dimming and the chopper's ashes smoldering, visibility was not optimal for their escape or rescue.

"We start walking," Powers replied. "After a few hours we can park it and send up a new flare. They should be looking for us by then, if not now."

Krignon said, "Ok. Give me the sat phone. I'll see what I can do while we walk. That way all you have to manage is your compass with your good hand."

She reached up, and Powers stretched out his good hand, lifting her up to a standing position. She shed her chute pack, and picked up the sat phone that Powers had thrown down earlier. Walking haltingly beside Powers, they started off in the direction of their base, miles away but with hope in their hearts.

They had barely hobbled fifty yards when they heard the footsteps graze the dead brush behind them.

A young man with shaggy hair and an even shaggier beard faced them. His clothing was dusty, and he had a camping pack slung over one shoulder. But what caught Krignon's gaze the most was the pistol he was pointing directly at her and Powers.

Then it hit her. They had finally found their John Doe.

Or rather, he had found them.