I may have waisted years of my life watching more TV then I can remember, but hey, I made this really cool list... so that's something! 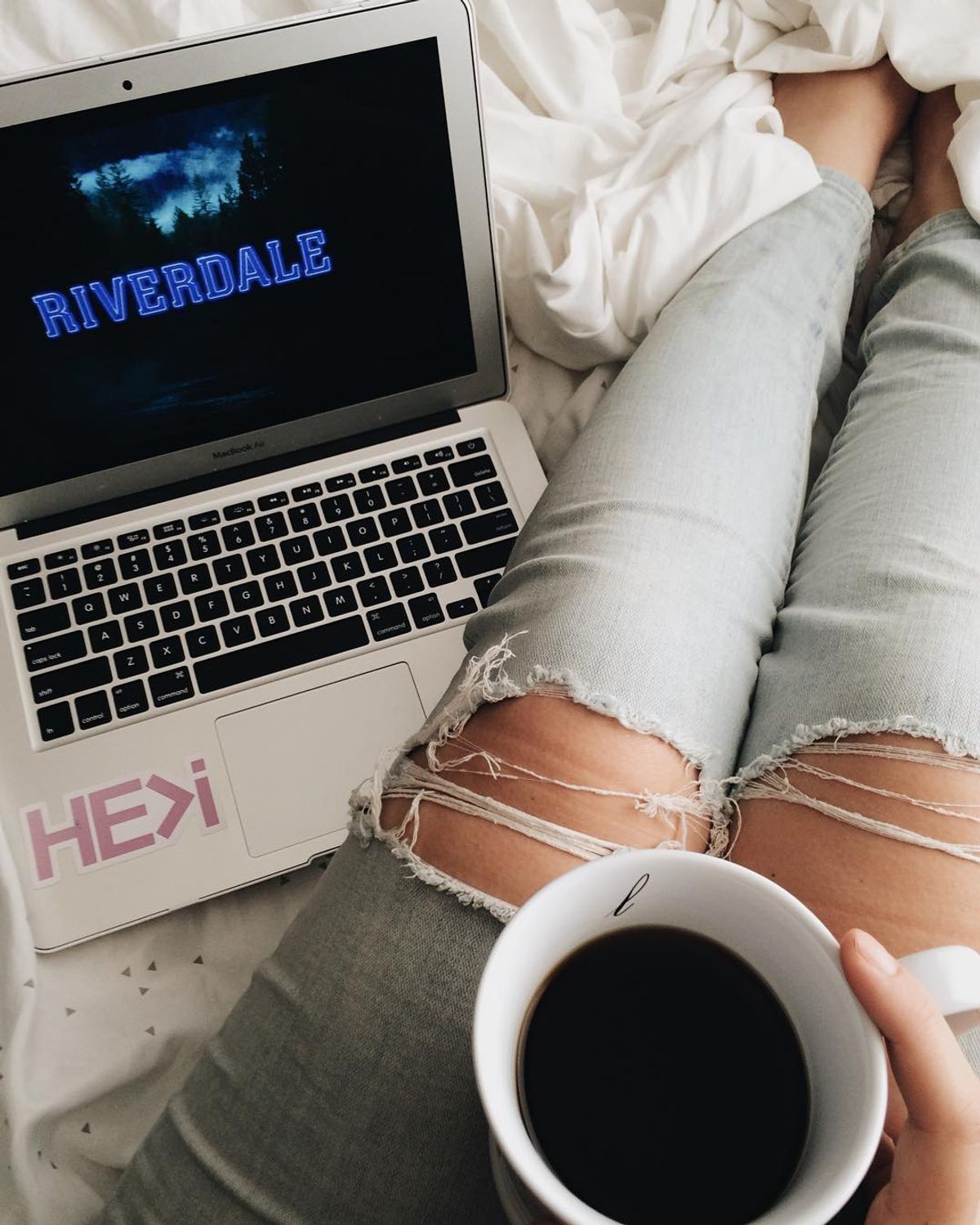 I am proud to say that I have binge-watched just about everything there is on both Netflix and Hulu. Starting in eighth grade with "90210", I feel that in my 19 years of existence I have seen most TV shows. I am now happy to share my list of 20 shows you need to binge-watch right now! Living vicariously through characters is just like really living your life!

"Saved By The Bell" is a total classic. 10/10 would recommend. This show follows total babe Zach Morris and his friends through his middle, high school and college years. This show is adorable and I am beyond obsessed with it to this day. Mario Lopez is also on the show and is a total cutie so please please go watch right now!

I've only watched the remake of "90210" but I heard they're both pretty great. This was the first show I ever binge-watched, even though the second season was the absolute worst. This show follows a group of high schoolers in California who live the most insane extravagant lives that are the most fun to watch from the outside

3. "The Secret Life of an American Teenager"

For me, this show was insanely interesting to watch because these teenagers lived lives so completely different than mine. "Secret Life" follows Annie Juergens who gets pregnant in high school. It is one of my favorite shows I have ever watched.

"Parks and Rec" is the funniest show I have ever seen with a unique concept on television in my opinion. If you need to laugh, watch "Parks and Rec", nuff said. #TreatYoSelf

Being from New Jersey, I sort of always felt like "Gossip Girl" could be my life. This show follows the socialites of New York City and the insane lives they live. It has similar feel to "90210" but with an east coast vibe. Also, it has Chuck and Nate which no one complains about.

I was skeptical of starting prison break because I hate scary shows but this show pleasantly surprised me. This show is really what the title implies, about Michael Scofield breaking out of prison. It's so much better than I could ever describe.

I love "White Collar". "White Collar" is the absolute best show that has ever been on TV ever. It follow's Neil Caffrey, a passionate art loving felon, and Peter Burke, an FBI agent. The two are literally the perfect pair and anyone who likes anything, in general, will LOVE "White Collar".

Okay, I lied. "The OC" is the greatest show ever. Once again, following the elite teens of Orange County in California with Ryan, the outcast, of the group. All of the teens are dealing with different issues and it truly is a fantastic show. 10/10 would recommend.

"Community" is a hilarious comedy following a group of misfits in community college. It truly is one of the funniest shows I have ever seen.

I watched "Melissa and Joey" years ago but I loved it so much. The characters also have cool names if that's something you're into which I totally am. The show is hilarious with an awesome family type dynamic.

I am obsessed with "Workaholics". I started it by accident and it was the best accident. This is the funniest show on television that follows a very, um, uh...unique?..type of office. Anyone with a sense of humor will love "Workaholics".

I have never once cared what so ever about football until I started "The League". This show is about a group of men and their fantasy football league. It honestly is so funny and I would recommend anyone to watch it.

This show is not necessarily what the title implies. "Happy Endings" follows a group of friends in Chicago and the hilarious lives that they lead. The best part of this show is that it makes your unstable life seem so much more stable.

"Nurse Jackie" is truly a special show. It is a nurse dealing with a crazy life and drug addiction. It is dark and funny and sad and truly a phenomenal show,

"Blue Mountain State" may have caused me to lose brain cells but in the really good kind of way. This show is about a college football team and their crazy antics that they get into. It was really really a great show and there is even a movie!

"Royal Pains" is really really one of my favorite shows ever. It is about a concierge doctor in the Hamptons, Hank, and the company he creates, HankMed. It has drama, it has love, and it is funny. Really really great show.

"Dexter" is the only scary show I have ever seen. I did not finish "Dexter" because I couldn't close my eyes in the shower but I am a total wimp. "Dexter" is about a serial killer who happens to also be blood splatter expert who solves crimes.

Total classic. I loved "Freaks and Geeks" because not only how awesome the show is but the cast is literally filled with young stars. The show follows a group of high school misfits. James Franco, Seth Rogan, Jason Segel, and my favorite John Francis Daley. Maybe this is my favorite show.

I love "Hart of Dixie" so much. Okay this is my favorite show. This show follows Zoe Hart, a big city doctor, who moves to Alabama. There is an amazing love triangle and a character named Lemon. Who could ask for more?