Things have been getting better. 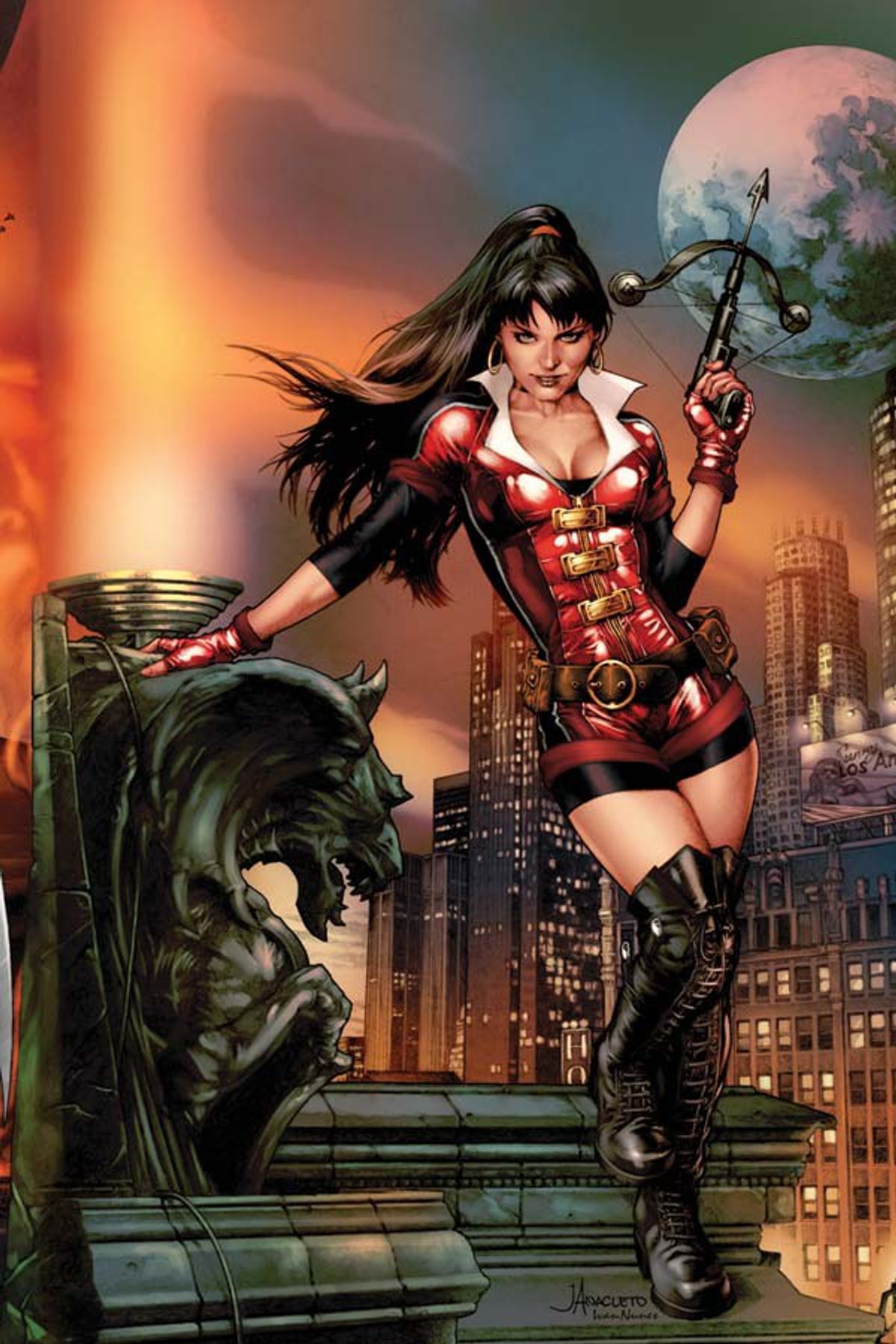 Comics are wonderful. Ever since their massive growth in popularity in the '80s, comics have become less of a "kids' medium" and more an outlet to speak about contemporary issues in an entertaining matter much in the same way as film. Though there are still many people who dismiss the comic medium as they can only see it being about mega-muscular men and hyper-sexualized women who can fly and breathe underwater from a generically evil villain, to their credit many comics are like so (especially from the '80s onward). But like all entertainment mediums, comics are susceptible to change over time. But to those those nay-sayers, comic book portrayals of sexualized characters has taken a turn for the better.

Having been an avid comic reader for quite some time now, I've seen all kinds of characters go through revisions. For this, I'm going to be focusing on two prominent comic book figures who have seen some new developments in their printed page portrayals recently; Carol Danvers (Captain Marvel), and Vampirella. Both of these characters have been around for quite some time, so of course they would have something to say. Metaphorically speaking, that is.

Let's start with the captain. Carol Danvers has been soaring around the Marvel universe as Ms. Marvel since 1968 (check out her origin story here) and thus has gone on a number of adventures, some good and some... not so much. Though it was a great step for Marvel to have a character with her own book, she was more a side character who popped in when some extra muscle was needed. That is, until 2012 when she was directed onto a different path. Writer Kelly Sue DeConnick and artist Jamie McKelvie invigorated the character by giving her a new look and taking up the name Captain Marvel. In the first issue of the book, she is convinced of the move by none other than Steve Rogers, Captain America himself, saying the previous Captain Marvel would have approved.

Above is Carol's two most known costumes. The one on the left is her current outfit while the one on the right was the one she was most known for previously. The left is noticeably more conservative and practical while keeping with some elements that identify the character like the sash. Considering the character's backstory as an Air Force operative, this makes more sense. In an interview with Newsarama McKelvie says about the redesign "I think the best and strongest costumes arise from the character's personality, backstory and so on. It deserves a much longer answer, but I'd like to see more consideration for what message a female character's design is putting across. I think we, as an industry, are getting better at it though, which is heartening."

Next in line is the queen of comic book vampires herself. First flying onto shelves in 1969 with her own self-titled series, it's rather obvious to see why she became instantly recognizable. But it wasn't exactly for her... deep character development, let's say. (Sean Fernald also has some interesting things to say about the character's rise to popularity here.). Though she is mainly credited with popularizing the "mischievous bad girl with a heart of gold" persona, a rather large amount of attention she's received has come from what she wears rather than who she is. In a medium that's just as much about plot as it is what the reader sees, this is tragic but has thankfully not gone unnoticed.

The top-most image is Vampirella's original costume, and below that is her recent redesign as of March 2016 by Nicola Scott. Gail Simone, Kate Leth, and a number of other creative talents at Dynamite Entertainment (who own the rights to Vampirella), thought it was time to update a number of their staple characters including Red Sonja and Dejah Thoris. "Our mission here is to spruce up their look and remind people that these were the original female ass-kickers that inspired Xena, Buffy, and Leia Organa," said Simone about the move in the official press release. "They are the map others followed."

In the Vampirella title, the reason behind the wardrobe change is simply to keep a low profile after she's thrust unceremoniously into the public eye. And that's not something you want as any manner of preternatural being. It's not some massive revelation or a matter of carrying a legacy that ushers the change, but it was done to usher more focus on the character rather than just being eye candy.

I'm not asking for comic books to be realistic, especially in regards to superheroes. If they were realistic, they wouldn't be as fun and magical as they are. And I can understand why these characters were sexualized in the first place; comics were largely being consumed by a male demographic, so women and girls weren't given as much attention because they were in the minority. It didn't sell. But now that the playing field has been leveled in recent times, I'm happy to see more of the ladies get their spotlight.

I don't find that there's anything wrong when a character is considered sexy or attractive. This is a visual medium, after all. But there is a difference between sexy and sexualized, and what a lot of these artists don't seem to understand is that a character is more defined by his or her personality rather than how he or she looks. Superman and Batman may be handsome devils, but that's not what defines them. Iron Man may have a cool suit everyone wants, and Spawn may be a certified badass, but that's not what defines them. And in a medium that places such a heavy emphasis on what consumers see, what's on the page should be a reflection of that.

Nicole Marie Nigro
Individual Creator
6263
c1.staticflickr.com
Where to start...... Let me start with the cliche that life throws us curveballs and what we do with it is what counts.