Sexual Assaults In The Pop-Punk Community 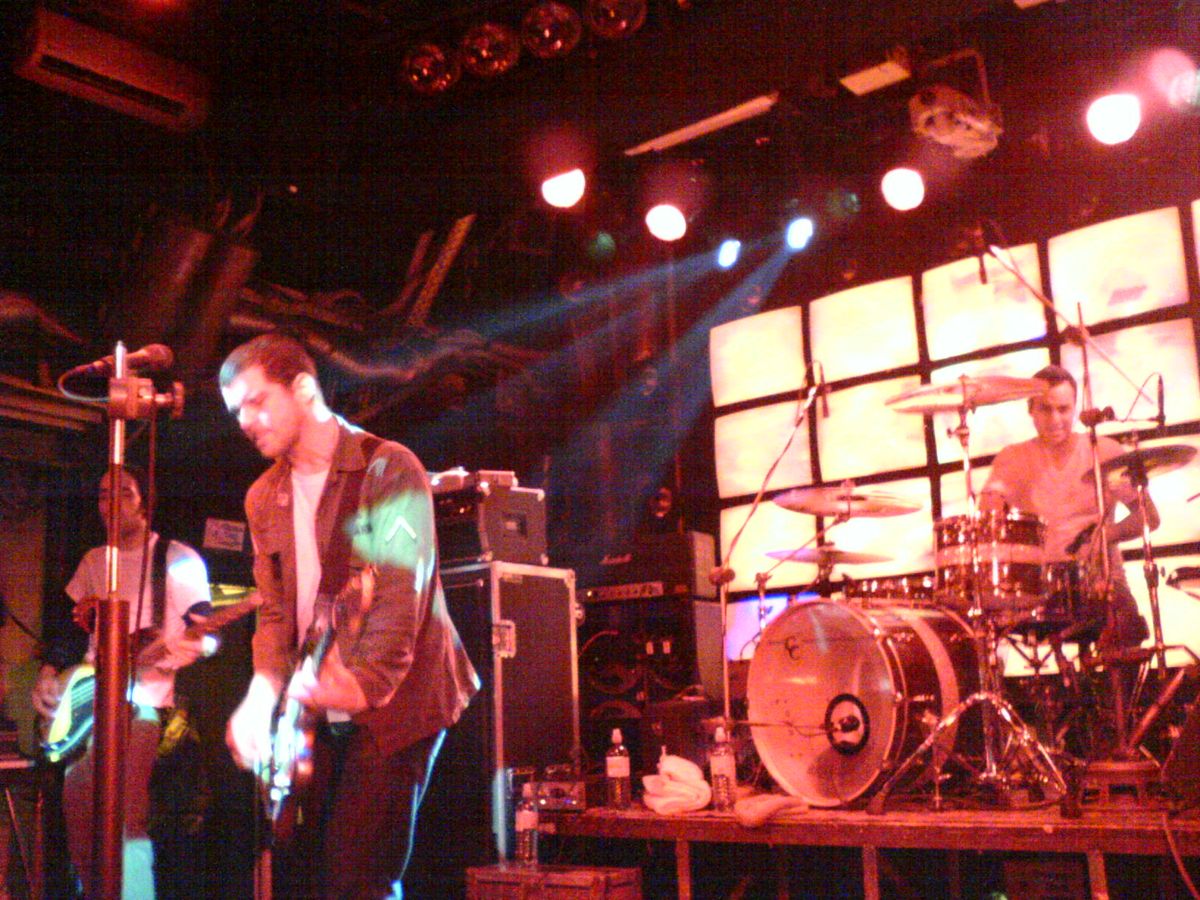 “I still breakdown and have panic attacks when people play Brand New in a bar,” said Nicole Garey, “[Jesse Lacey] made it clear that my sexuality was the only thing I had to offer.” Garey is one of several women who have been sexually harassed by Jesse Lacey, the singer and front man to emo/pop-punk band Brand New. Garey first met Lacey at a Brand New show where Lacey gave her his email so he could send her the photos he took with her. Lacey, 25, then manipulated Garey over social media program Skype in hopes to get nude photographs of the 15-year-old Garey.

“[Lacey] demanded specific poses/settings/clothing, demeaned me, and made it clear that my sexuality was the only thing I had to offer” Garey said.

Since the accusations, Lacey has released a message on his bands Facebook page saying that he was and may still be addicted to sex, an addiction which resulted in his actions when he was 25. This message made fans angry.

“I think the thing I dislike most about all of this is how much artists want to make it about themselves when they are not the victims,” said Justin Dileo, a fan, “Artists, especially those with young fanbases can be heavily admired by their fans, occasionally bordering on obsession. I think with that factored in, artists are more often faced with the choice of engaging with minors. Unfortunately, some have definitely made the wrong decision.”

Lacey is not the only musician in this scene who has been accused of sexual misconduct/abuse/harassment. When I asked five people about which bands that they knew who had allegations against them, I heard a total of eleven different answers with most of the answers ending with “and many more”.

PWR BTTM, pronounced “power bottom”, is another band in the emo/pop-punk scene that have had members get accused of sexual misconduct. PWR BTTM member Ben Hopkins was accused of nonconsensual sex with an anonymous woman before the band formed. PWR BTTM was a strong advocate for the pop-punk queer community because both members in the band have identified as being queer. Their songs also follow consistent themes relating to life as part of the queer community. Jimmy Macholl is a member of the queer community and was a big fan of PWR BTTM before the allegations.

“The allegations against PWR BTTM definitely was a knife in the back to the movement of giving queer artists the attention they deserve. It added hesitation to fans of queer artists. A queer/femme band encourages providing a safe space for all fans who would like to approach them. After these allegations against Ben, I believe that people have a harder time putting faith into these queer artists, which is something that could be instrumental for their success,” said Macholl.

“Their music wasn't just great representation of queer/femme bands in the alternative scene, but it was also just really good music in general. I will still put on PWR BTTM from time to time, but what really matters is no longer supporting an artist after finding out the allegations were true,” Macholl said, “I no longer listen to PWR BTTM on Spotify, and I don’t buy their merch (merchandise) or their music. I have their vinyl for Ugly Cherries, so if I'm missing their music, I put it on.”

Vinny Hennel is another fan agreed with Macholl, and chooses to stop supporting musicians when allegations (within reason) are placed.

“I differentiate between artist and art. Another example is Kanye West; An absolute a-hole and idiot, yet the music he makes is fantastic” said Bas Nieuweboer, a fan of Brand New before and after the allegations.

With so many allegations towards big names in this community, fans wonder if there is a correlation between the music, the people, and these bad actions by bands.

In 2013, Conor Oberst, singer of emo-folk band Bright Eyes was accused of raping a woman. When the accusation was made on social media site Tumblr, fans of Bright Eyes chose to halt support, along with their record label putting a pause on the album Oberst was working on. In 2014, after months of Oberst’ lawyers trying to make the 16-year-old woman confess, she released a public statement stating how it was a lie. The accuser, Joan Elizabeth Harris of North Carolina, blamed the accusation on a difficult part of her life.

“I made up those lies about him to get attention while I was going through a difficult period in my life and trying to cope with my son’s illness,” Haris said in the statement.

“I believe there needs to be a lot more discourse, at a much younger age, about issues such as clear consent and grooming. It’s so much more common than a lot of us realized” said Derek McNelly, a fan who is good friends with many victims, “rankly shocked me that it’s so significantly widespread that even people in my relatively small friend group have been victims.”

Accusations that end up being lies make the fans in this community wary of what is true and what is not.

“I believe we should be cautious. There have been situations where the victim has admitted to lying. Thus, when allegations arise without proof, we should not defend the band, however, we also shouldn't be turning our heads away from the entire band,” said Macholl, “What we should do, however, is demand proof until we have it. This allows the truth to let everyone decide whether to keep supporting the band or not.”

Along with being cautious of the allegations, it is also a good idea to teach people at a young age to think about what their idols are doing. Dileo mentions that it is also important to help the victims.

“I think we can work towards being a society that doesn't shame victims coming forward, or attacking people who should be considered innocent until proven guilty” said Dileo.