Should You Feel Secure in Your Dating Relationship?
Odyssey

Should You Feel Secure in Your Dating Relationship?

I don't think so. 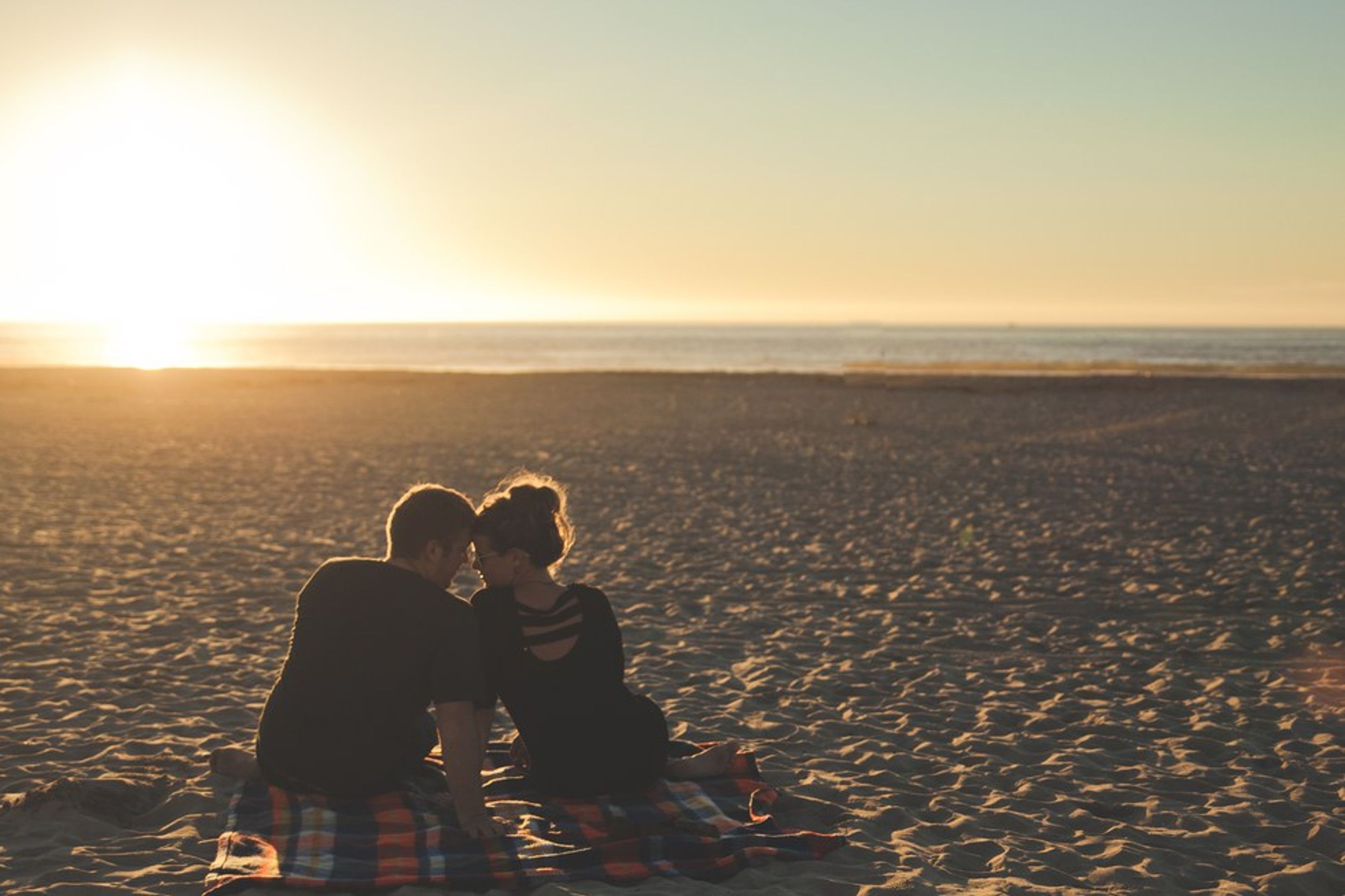 "Are you engaged yet?" "We are definitely not there yet."

I started getting these questions (actually, though, these exact questions) after dating my boyfriend for two weeks. I know we're a pretty cute couple, but seriously? No pressure or anything.

Here's the thing: I wouldn't be dating this guy if I didn't think there was at least a fairly good chance it could work out long term. And I don't mind saying that, as of now, I have no objection to that prospect. My boyfriend is one of the best things that has ever happened to me, and I am a better person for our relationship.

That being said, I would be naive to consider myself an expert on my future. I have no idea what is going to happen in five minutes from now, let alone where I'll be in five years. To be unnecessarily assumptive about how God is growing me and my boyfriend individually as well as together puts the focus on the wrong thing. I think it's God's job to pave out the path, and ours to follow it where it goes as best as possible. We are a far cry from the end of that road, and whether or not it leads to marriage, I haven't the slightest idea.

Lately, I've been thinking about the difference between feeling safe and feeling secure. As I understand the terms, feeling safe is an ongoing opportunity. I can feel safe in one moment, and either safe or unsafe in the next. And so it goes. Safety is a present tense concept. Security, on the other hand, is about future tense. It is a state of being and thus more permanent than temporary. It is more difficult to waver between feeling secure and insecure than it is for fluctuating feelings of safety and potential danger.

I never feel more safe than I do when my boyfriend hugs me. Not one of those hi-bye kind of hugs; I'm talking about the "I get to hold someone I really care about and don't really want to let go" kind of hugs. That doesn't mean though, that I feel secure.

One of America's foundational interests historically has been that of security, especially in the last 15 years since 9/11. The balance between security and freedom has been a tough one to wrestle with and come to agreeable compromises on. So, I acknowledge that most people reading this will see that last sentence of the paragraph above and think, "She doesn't feel secure about her relationship? Shut it down! Danger, danger! Abort!!!"

Don't worry, friends and family. Dad, everything is fine, I promise.

I don't think security is necessarily a quality that should be found in every type of relationship. Marriage? Yes. Family? Yes. Friendships? Probably. Dating? I would argue no.

At least, not yet.

After being "official" for two weeks, should couples really invest so much into their relationship that all of their security is found in each other? Should someone really entrust their uncertain future in the hands of someone they are still getting to know and love? I don't trust myself with my future. Is it fair to hand that heavy responsibility off to someone I claim to love?

From what people tell me, there is a point where you know that you know that you know that a certain person is the one you want to spend the rest of your life with. I believe that the moment where that feeling, that fact, becomes mutual is the moment where one can start to feel absolutely secure. There is a commitment of figuring out the future together, no matter what it brings. Figuring out the future apart is no longer supposed to be an option.

The purpose of dating instead of arranged marriages is to give people a chance to make that decision themselves. It is okay to have an eject button when you are dating. There are moments when that button needs to be pushed (in a God-honoring way). When I agreed to start dating my boyfriend, I agreed to a long-term test, in a sense, of whether or not our stories were better told together or apart. One day, when I agree to marry my boyfriend (of the time, which may or may not be the same wonderful guy I get to do life with right now), I will be agreeing to join our stories, for better or for worse, as long as we both shall live. There is no longer an eject button*.

That is security. I feel very safe in my relationship today. That safety might turn into security, but for my own good, and that of my amazing boyfriend, I refuse to prematurely describe our relationship as the source of my security, or as an area I am unwilling to honestly analyze insecurities I may sense in should they arise.

I am secure that while my friends may change, my friendships will be life-giving relationships that mutually grow and faithfully support. I am secure that my family, as crazy as we may drive each other at times, always has my back. I am secure in the fact that Jesus Christ, the source of my salvation and the assurance of my joy, loves and always will love me.

Whether or not you are in a dating relationship, don't look to it for security. Expect safety, and if you don't feel that, it may be a concern worth looking into. Hope for security, ultimately trusting that the One whose love is unfailing will lead you to, or keep you with, the right person.

*There are biblical exceptions to this, which I don't wish on anyone. I am writing with the ideal projection of only marrying and being married according to God's standards for that relationship.

Caitlyn Morral
St Bonaventure University
1757
Wordpress
Odyssey recognizes that mental well-being is a huge component of physical wellness. Our mission this month is to bring about awareness & normality to conversations around mental health from our community. Let's recognize the common symptoms and encourage the help needed without judgement or prejudice. Life's a tough journey, we are here for you and want to hear from you.