Seatbelts On School Buses: Safer Or Not?
Odyssey
CurrentlySwoonLifestyleHealth & WellnessStudent LifeContent InspirationEntertainmentPolitics and ActivismSportsAdulting
About usAdvertiseTermsPrivacyDMCAContact us
® 2023 ODYSSEY
Welcome back
Sign in to comment to your favorite stories, participate in your community and interact with your friends
or
LOG IN WITH FACEBOOK
No account? Create one
Start writing a post
Politics and Activism

Seatbelts On School Buses: Safer Or Not?

Could seatbelts save the lives of children or would it just hinder them in an accident? 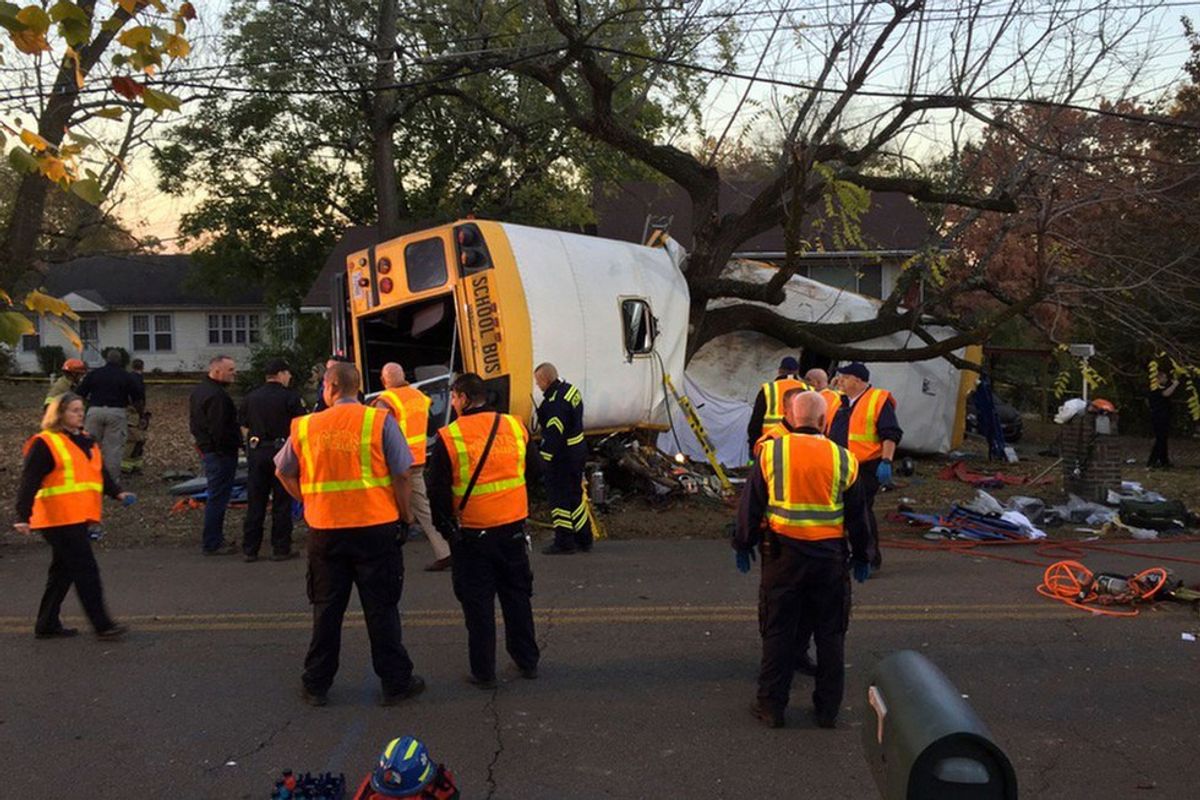 There have been two school bus accidents in the state of Tennessee in less than two weeks. The first accident was in Chattanooga on November 21, 2016. Bus driver Johnthony Walker, 24, has been charged with several counts including vehicular homicide and reckless driving. Six children died as a result of the crash all between the ages of six and ten. Then on December 30, 2016 in Metro Nashville, Shirley Brown, 59, lost control of the bus she was driving and hit two vehicles. Fortunately, there were no fatalities, but five children and one adult from the car she hit were transported to a local hospital. Now one question that keeps popping up over and over again is whether or not school buses should be required to have seat belts?

Several organizations have done research on the issue, as this has been a question going back several years, maybe even decades. CNN reported that The National Transportation Safety Board says that it takes more than seatbelts to prevent injuries. The bus drivers are trained to take extra precautions when it comes to school bus safety, including making sure the children all stay seated. The buses are required to pass certain tests and protocols to even be on the streets. And with recent years, most buses have been equipped to have two cameras, one in the front of the bus and one in the back of the bus. These cameras can help with future accidents.

When asked about whether or not school buses should be required to have seat belts, many members of the Murfreesboro and surrounding communities had a lot to say. Surprisingly it wasn’t a one answer fits all scenario, but rather a multitude of answers from both parents and non-parents alike. One parent, Caitlin Clark of Murfreesboro, said that she is “against them only because there is typically only one adult, the driver, and if something happens to the adult, the kids might be trapped if they cannot unbuckle themselves. If there was a fire, that could end up being a terrible tragedy.”

While that is a major concern for most people who are against seat belts, another parent in the community, Eva Hunter, suggests that the buses have “one single belt across the seat for maybe the first half or part of the bus where small kids are who aren’t developed enough to try and stop themselves from flying or jarring their bodies… also an emergency seat belt release in case of emergency.”

One bus driver for Rutherford County, who wishes to remain anonymous, also said she was against seat belts too. Her main concern is the time it would take to get all the children off the bus in the event there was an accident. Her bus can hold 90 children at capacity, yet the bus can burn up in two minutes. “Also if I was driving a bus with seat belts, I would feel like I have 90 something weapons behind me. They can choke each other and hit each other.”

Speaking of trying to get everyone out of their seatbelts in the event of an accident, it took rescuers several hours to get all of the children off the Chattanooga bus accident in November. Those children didn’t have seat belts and most were elementary school aged. A lot of the children couldn’t even tell you the names of their parents and probably couldn’t have unbuckled themselves if need be.

For every person not in favor of seat belts, you’ll find another person in favor. Lindsey Van Why of Ashland City, TN is one parent in favor of them. “I am 100 percent for seat belts on school buses. Elementary age students, especially, are so small… we are seeing more and more of these crashes due to, in my opinion, the growing list of objects that are easily distracting drivers.”

Another person in favor of seat belts is Theresa Mills of Jackson, TN. Her issues go beyond requiring seat belts though. When asked if she supported buses having seatbelts, she said, “Yes, as long as they aren’t sitting three two a seat, which is what often happens. Overcrowding is a giant issue and probably a larger safety concern than seat belts.” It turns out that overcrowding on school buses in Tennessee isn’t against regulations as long as it doesn’t exceed 20 percent of the manufacturer’s rated capacity. Many states follow the same rule including Georgia, Alabama and Texas.

For parents with children riding buses on a daily basis, rest easy. USA Today reported last year that fatal school bus accidents are rare. “From 2004 to 2013, U.S. drivers were involved in 340,039 fatal motor vehicle traffic crashes according to the National Highway Traffic Safety Administration (NHTSA). Of those, 1,214, or just 4 percent, were classified as “school-transportation-related…”. Once averaged out, it shows that only six students per year are killed in a school bus related accident across the US. Odds are in your favor to let your kids ride the bus.

Nicole Marie Nigro
Individual Creator
7569
c1.staticflickr.com
Where to start...... Let me start with the cliche that life throws us curveballs and what we do with it is what counts.