My Screenwriting class showed me that I really am my worst critic. 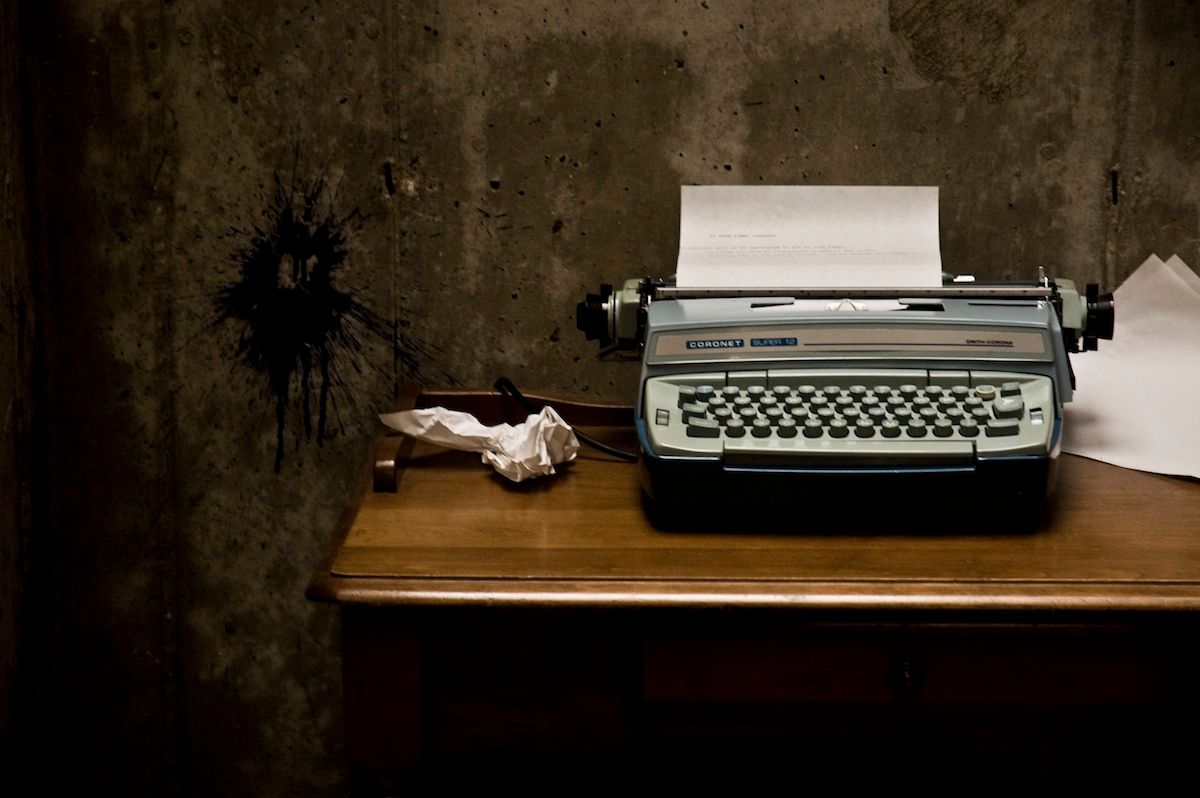 I only took Screenwriting because it's required for my degree; I've never really considered going into writing as a career. I have never been very confident in creative writing abilities. In fact, I only became confident in my general writing ability within the last few years. I was very nervous going into this class. We had 3 large projects due over the course of the semester. The first one was 5 pages, the second was 7 to 10 pages, and the final was 20 pages. For the first one, I was too scared to try anything drastic. Long story short, it was 5 pages that said nothing. Moving on.

On the second two projects, I really pushed myself. The second project ended up being about 13 pages long, and it was a much darker and complicated story than I would have expected from me. I sent it to some friends to look at and they were shocked that I had written such a thing. I actually started sobbing, I was so afraid. This was far, far away from my comfort zone and I took my friends' light criticisms as signs that I had failed miserably. I wanted to go back to the shore, back to the constant things like math, state machines, editing, and breakdown boards that I knew I was good at.

I had to turn that project in. I was hiding my face behind my computer while the class read my story aloud. Even if there were good reactions to it, my overeacting brain focused only on the negative reactions. But when it was over I put it behind me.

Then the second project came. I went all in, and decided to write a story in a future America where defense attorneys receive the same sentence as their client. After writing a very detailed outline, I ran into a grave problem: why on earth would defense attorneys still exist in such a world? That took me aback initially, but I was able to overcome it. The night before the project was due, I went over my screenplay with a friend. It was already done, but I wanted a second pair of eyes on it.

He pointed out everything that was wrong with the 20 pages. And being such a long project, it had a large number of errors. I was crushed. I did the best that I could to remedy it, but I couldn't do much. I was dreading the day when we would read it aloud in class. I almost threw up. I was terrified.

The final wasn't that bad. We only read 10 pages, and it passed quickly enough. I'm getting anxious remembering the experience, so let's move on.

But then after all of this, I got my grades on these projects and some feedback from my teacher and I was shocked. I won't go super in depth, but long story short I got an A on all three projects. That was a surprise to me, in and of itself. Then I read the comments on the last two projects. They were surprisingly positive. All this time I had thought my writing had crashed and burned, but that wasn't the case. While I'm not an expert by any means, I'm not a failure either.

This entire thing thought me two very important things. First, I am my own worst critic. I see my faults as significantly bigger than my qualities, and I forget that's not how the rest of the world sees me, nor how I truly am. Second, never underestimate the power of positive words. While there is definitely a time to give constructive criticism, it needs to be accompanied with kindness. Point out the good as well as the bad, and give advice on how to improve. A kind word goes a long way.