The "appropriateness" of women's clothing is too often subjective, so too often it stands in the way of productivity 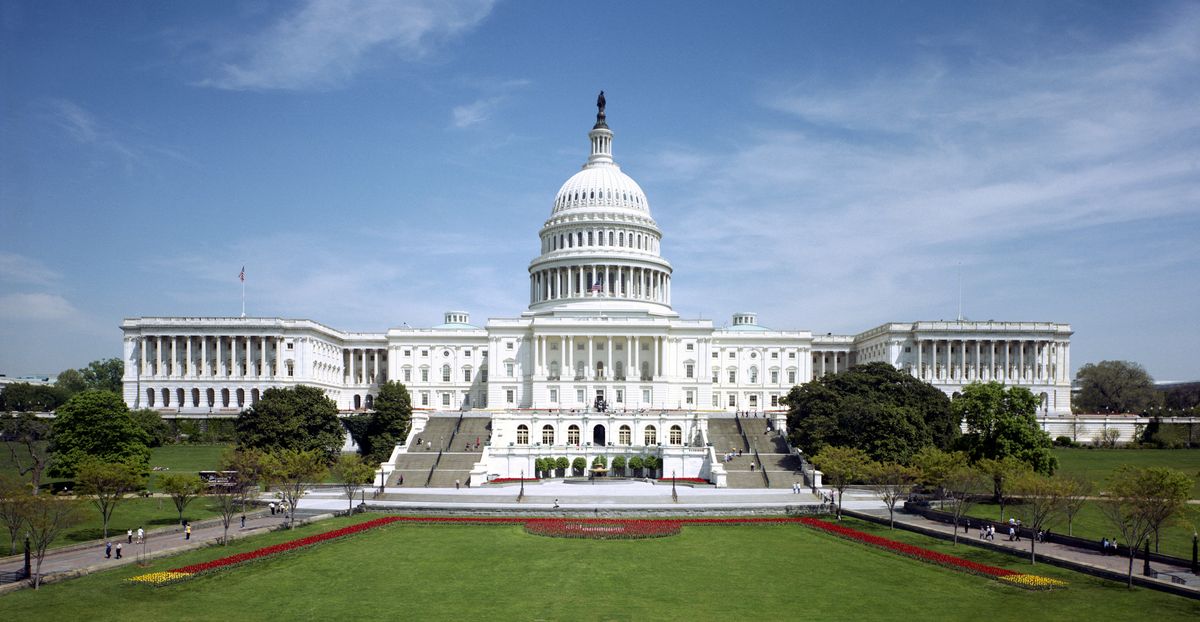 A number of women reporters have had an unfortunate run-in with one of the rules of Congress, newly enforced under the Trump administration. That rule? Dress code.

Congress has always had a standard of dress, but in the last few months the number of women reporting being denied access to certain parts of the Capitol because of their clothing has risen. Most recently, a young woman tried to enter a guarded room outside the house chamber, known as the Speaker's lobby, but was turned away because of her sleeveless dress. The Speaker's lobby is a popular location for reporters to wait when they are hoping to conduct brief interviews with lawmakers. So in this case, the dress code interfered with this young woman's work.

We've all been hearing stories of girls getting sent home from school to change clothes for years. Debates abound about the fairness of these policies, with many pointing fingers to the sexism of disrupting a girl's learning to make sure she doesn't disrupt a boy's. It's true that in schools dress codes are far more lenient for boys, who never have to think about the "fingertip rule." In Congress, however, things are a little different.

In the Capitol, men are held to an extremely rigid standard of dress. Even in the intense summer heat of Washington D.C., every man who enters the building is expected to show up wearing a suit, complete with jacket and tie. In this case, the rules of dress for women are actually the more lenient set.

And yet this still creates a problem. The only guidelines women have been given about their clothing choices are that "they're not allowed to wear sleeveless blouses or dresses, sneakers or open-toed shoes." Everyone also received a vague reminder from speaker Paul Ryan that "Members should wear appropriate business attire during all sittings of the House however brief their appearance on the floor may be." There are no signs anywhere with guidelines listed, and the rules are only enforced on the House side of the Capitol, not the Senate, making everything more confusing.

It is no wonder so many women reporters have gotten called out for not following the dress code. "Business attire" means something very specific for men, but this same level of specificity does not exist for women. Our choice of clothing is always a judgement call made based on where we are going, what we have to do there, who we're going to see, and even what gender most of the people we are likely to interact with will be. We women are pretty savvy at navigating the murky waters of women's business attire, but sometimes even the best of us get it wrong.

The "appropriateness" of a woman's clothing is always subjective. Even on Capitol Hill, hence why the rules are more strictly enforced by the House than the Senate and why some Speakers double down more on the rules than others.

This subjectivity leaves women at a disadvantage. Because it means that it is not ultimately our call whether our clothing is appropriate. It's someone else's. Which means someone else gets to decide whether our appearance will disrupt our workday or not, which takes away some of our autonomy.

The recent incidents on Capitol Hill are far from the worst instances of women having their clothing and bodies policed by others. But they are still part of a larger epidemic of hoops women have to jump through to make it in this world. We need to work on getting rid of these hoops. On Capitol Hill and everywhere else.

Emma Hyatt
287
The Truth About My Parents' Divorce