School Shooting Sweatshirts Could Actually Be For Sale, And I'm Disgusted
Odyssey

School Shooting Sweatshirts Could Actually Be For Sale, And I'm Disgusted

Bstroy is causing some major controversy. 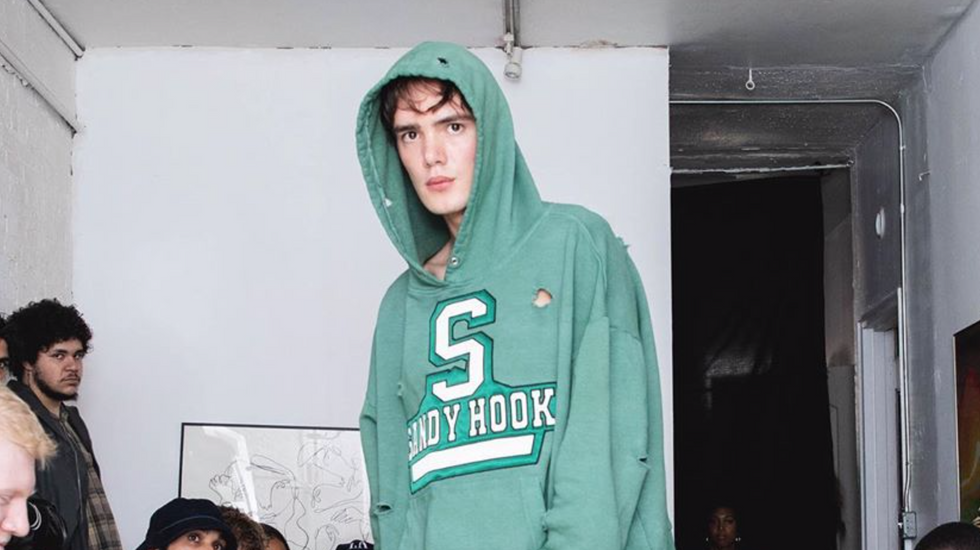 During the weekend of September 13th, Bstroy, a "streetwear brand," debuted a new line of clothing which they call Samsara, at a fashion show in New York. The line includes four sweatshirts that each display a name of a school that experienced a shooting, including: Marjory Stoneman Douglas High School, Sandy Hook Elementary School, Virginia Tech, and Columbine High School. As if this isn't bad enough, the company also designed the sweatshirts to include holes in them, which are reminiscent of bullet holes.

As would be expected, the line received a lot of backlash from the public, including from Fred Guttenburg, father of Jamie Guttenburg who was one of the victims who perished in the Stoneman Douglas shooting. In response to the debut, he questioned, "Under what scenario could somebody think this was a good idea?"

According to the co-founders of the company, they said that they realize that they are making, what they refer to as "violent statements," but they claim that they are doing so in order to develop a voice in the industry and so that consumers and other brands alike can know who Bstroy is. In an Instagram post, one of the co-founders, Brick Owens, even went so far as to post a picture of a card that says "Sometimes life can be painfully ironic. Like the irony of dying violently in a place you considered to be a safe, controlled environment, like school. We are reminded all the time of life's fragility, shortness, and unpredictability, yet we are also reminded of its infinite potential." This implies that the clothing line was meant to show the irony in each school shooting represented.

Even if that is the case, even if the line was created to showcase how ironic situations like these are, and most importantly, bring awareness to the issue of gun violence, I personally feel that this is the wrong way to go about doing so. Simply put, it is completely unethical for the brand to be making money off of other peoples' tragic situations. Bstroy isn't the first brand to create clothing inspired by tragedies. Urban Outfitters also did it with the release of a women's sweater that is stained red and displays the name Kent State University, which is supposedly inspired by the Ohio National Guard shooting. With gun violence being an especially sensitive topic nowadays, I think that the creators of the sweatshirts are being extremely insensitive, especially to the victims' families.

Despite the fact that the brand is known for creating clothing that deviates from the ordinary and is typically seen as cutting edge, these new sweatshirts, some may say, are the antithesis of cutting edge. In fact, they could even drive consumers away from Bstroy, instead of towards it, thus helping to foster a bad reputation and putting the entire brand at risk.

After I first read the original news story, several questions arose in my mind. Why would the brand choose to create clothing based on something that is very controversial? Do you think that before debuting the clothes, the designers knew how much potential backlash they could face?

Other questions I had concerned actually releasing the clothing to consumers so that they could purchase it. As was stated in the original news story, "Although the company's early statements indicated that the sweatshirts were created as an art piece for the show and weren't meant to be sold, Bstroy now says it is considering putting them up for sale." What I am wondering is who the targeted consumer is for these sweatshirts and where the company expects to sell them. Who do you think the targeted consumer is and what kind of stores do you think you are likely to see these sweatshirts sold in?

As far as the brand's intentions behind designing them, do you think it could be written off as the designers just being artists and thinking creatively or outside the box? Regardless of what the co-founders say, do you think they designed these sweatshirts because they thought that people would like them or were they designed just to make a statement?

We may never know what the designers' true intentions were behind creating the sweatshirts, but we certainly know that their decision to debut them caused a lot of controversy, which most likely will end up hurting the Bstroy brand in the end.