How School Dress Codes Are Sexist

Why does everyone hate leggings all of a sudden? 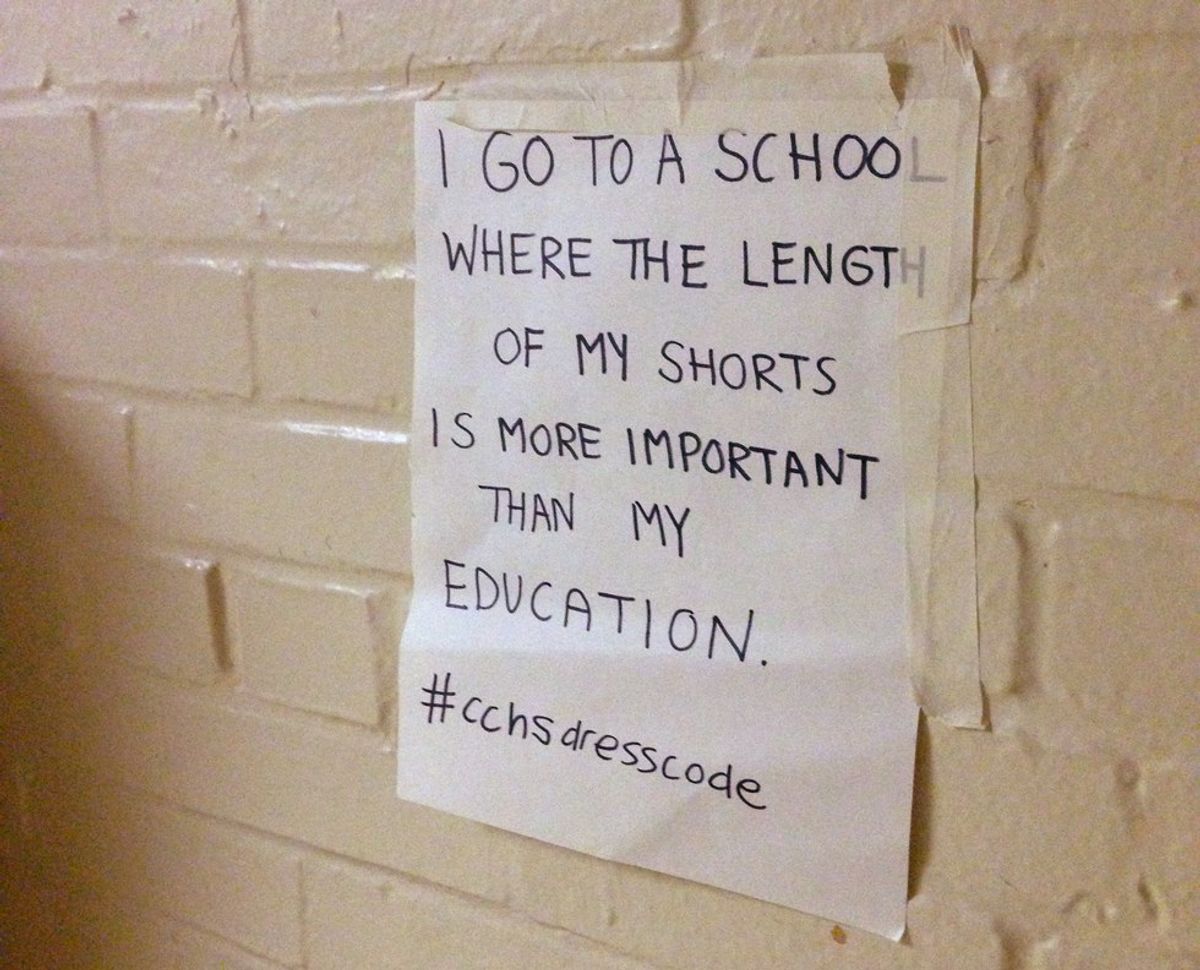 Imagine a pair of pants that can be worn with almost any kind of top. If you want to look nice for an event, you could just throw on a nice shirt and some tall boots. You'd look like a million bucks and still be comfortable. Or you do the exact opposite; you can just as easily throw on a sweatshirt or t-shirt and feel like you're in pajamas all day.

Well, there is such a things. They are leggings. So why are these pants hated on so much in school dress codes? Why are shirts that show shoulder not permitted? And why do shorts have to be at girl's knees?

Times are changing, and there is a big argument about school dress codes and whether or not they are satisfactory towards both genders.

There are hundreds and thousands of articles on the web about sexist dress codes, so I wanted to take a peek into what was being said.

Girls all over the Internet say they are not allowed to wear certain clothing because it would be a "distraction" to others, making young women feel self-conscious about themselves. They are tired of hearing the "boys will be boys" excuse.

Most girls already struggle with body image because of the way the media "says" women should look and many think that school dress codes are adding to that problem.

Girls are sick of it and say school dress codes are just making it worse. Some like Reese Fischer. She said in an interview with the Huffington Post that, "the degradation of young women in the school system is a real, legitimate issue." Many girls believe the dress code is only in place for other people's sake, and not theirs.

But not everyone agrees.

According to the same article in the Huffington Post, there are clearly two sides. Administrators argue the dress codes are "important as it promotes a comfortable and professional learning environment.

The opposing side says that without a dress code, girl's would take the freedom too far. Diamond Bush, a sophomore from an Ohio high school said, "school is for education, not revealing bodies" agreeing that dress codes are beneficial.

Many on the opposing side say that girls and boys have equal rights when it comes to the dress code. Boys have rules too such as no inappropriate sayings on t-shirts. Also, many believe there are alternative ways to feel comfortable at school without wearing leggings or breaking the dress code.

So, after hearing these arguments, who is right and who is wrong? Is there an in between?

Comment your thoughts about the school dress code scandal.

Nicole Marie Nigro
Individual Creator
8545
c1.staticflickr.com
Where to start...... Let me start with the cliche that life throws us curveballs and what we do with it is what counts.