Saying Yes To Saying "No"
Odyssey

Saying Yes To Saying "No"

Why have women always been taught to be pushovers? 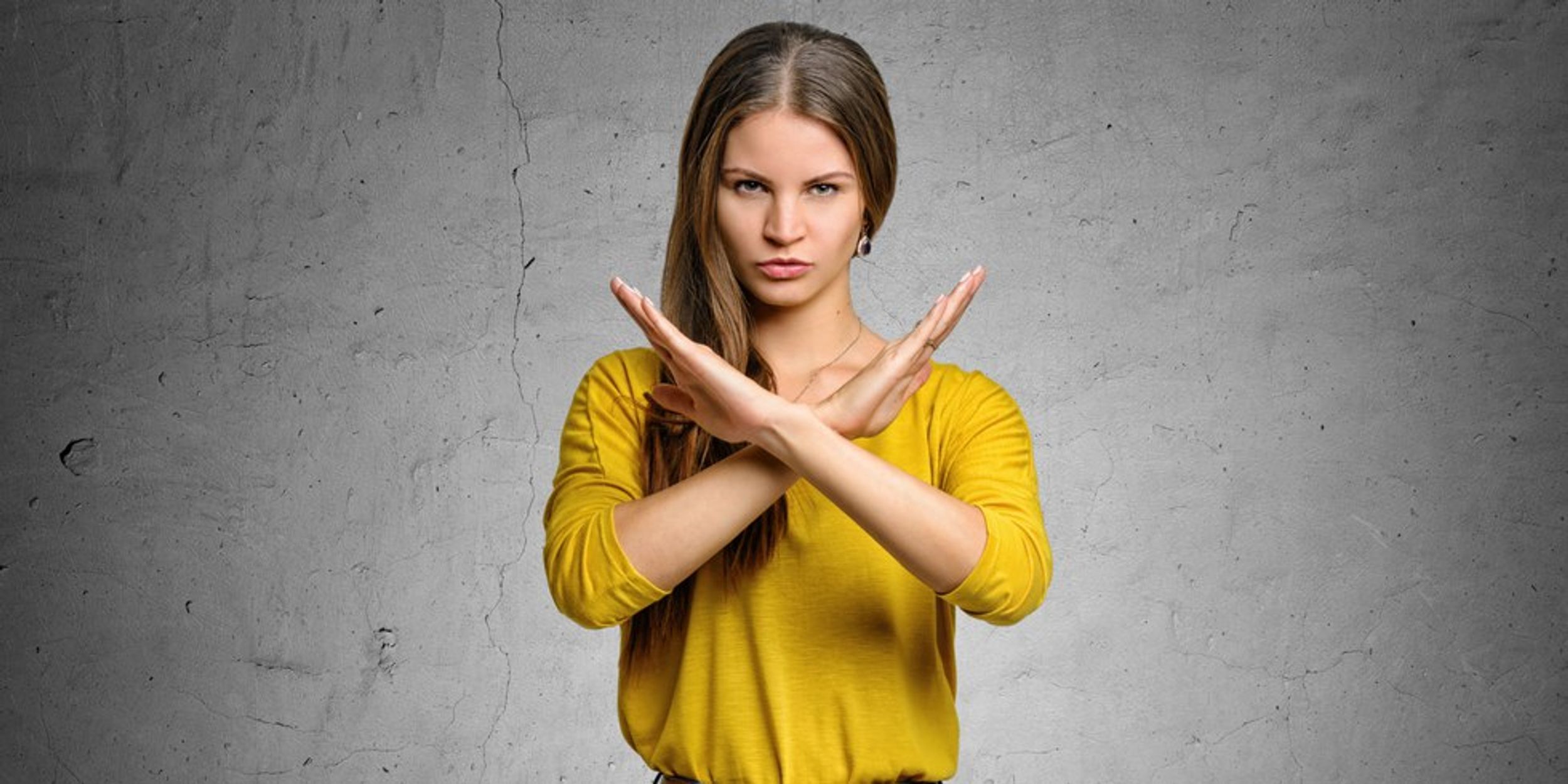 As a child, I was always told to "be a good girl." While this ideal helped me grow into the woman I am today with virtue and strong character, it also ingrained in me a habit of feeling bad for other people, especially when I want to say "no." After being told to have good manners, be polite to others and not challenge other people, I consequently feel bad whenever I am in a situation and I need to say "no."

I recently moved to a new city, and I have been meeting and encountering so many new people every day. I love people; it has always been a mantra of mine to talk to the people around me and learn more about the other humans inhabiting this planet.

Some of the people I have met have become friends, while other people, specifically some men, have triggered an uneasy response in my gut. For instance, I audited an acting class a couple weeks ago and after the class, this guy came up to me and started following me around, asking for my number. I had never met him, let alone talked to him. In my head, I knew I did not want to give my personal cell phone number away, but for some reason, I felt bad for saying no. I quickly typed in my number, left the class, and when I received a text from him later, I did not respond.

Why did I feel bad for saying no? Why couldn't I say, "Actually, no you can't have my number," if that's what I really wanted to say?

It all comes back to the idea that I, along with many other women, was taught back when I was young: "be a good girl."

But saying no to a guy when he asks for your number isn't a bad thing. In fact, that is a completely acceptable precaution to take if you indeed do not want to give some stranger your number. But even viewing it as a precaution is wrong as well. It should be perfectly fine for me to say no just because I want to say no, not because the guy asking for my number could be creepy.

Sadly, that is how women are taught to think, that we must be wary of the opposite sex and take caution whenever we are around men; that they have more authority over us. That if we say no, we will be shamed and judged. But I think that is a double standard.

This happens frequently in the entertainment industry. A male on set is directed to do something he isn't comfortable with, so he stands up for himself, says he won't do it and it works in his favor. A female on set is told to do something she is not comfortable with: she tells the director she isn't comfortable and is immediately shamed by all of the crew. Why? Because women are taught to be subordinate and not to talk back to others.

I am all for teaching kids to have good manners and be on their best behaviors; however, I think parents need to instill this lesson into their daughters' minds: it is OK to say no. It is OK to challenge someone's opinion and stick up for yourself. We are all humans, all equal and no one has power over you to make you do something you are not comfortable with.

The next time I'm asked to give my number away when I don't want to, I will say no. It will be hard, since I have always told myself that saying no is not kind, but now I am forming a new habit: allowing myself to say no and being OK with it. I can still be polite and say no at the same time, and so can all women.

Let's start teaching that to the next generation.

Caitlyn Morral
St Bonaventure University
3041
Wordpress
Odyssey recognizes that mental well-being is a huge component of physical wellness. Our mission this month is to bring about awareness & normality to conversations around mental health from our community. Let's recognize the common symptoms and encourage the help needed without judgement or prejudice. Life's a tough journey, we are here for you and want to hear from you.