We Need to Save Net Neutrality
Odyssey

We Need to Save Net Neutrality

On December 14, the internet as we know it is going to end. Unless we do something about it. 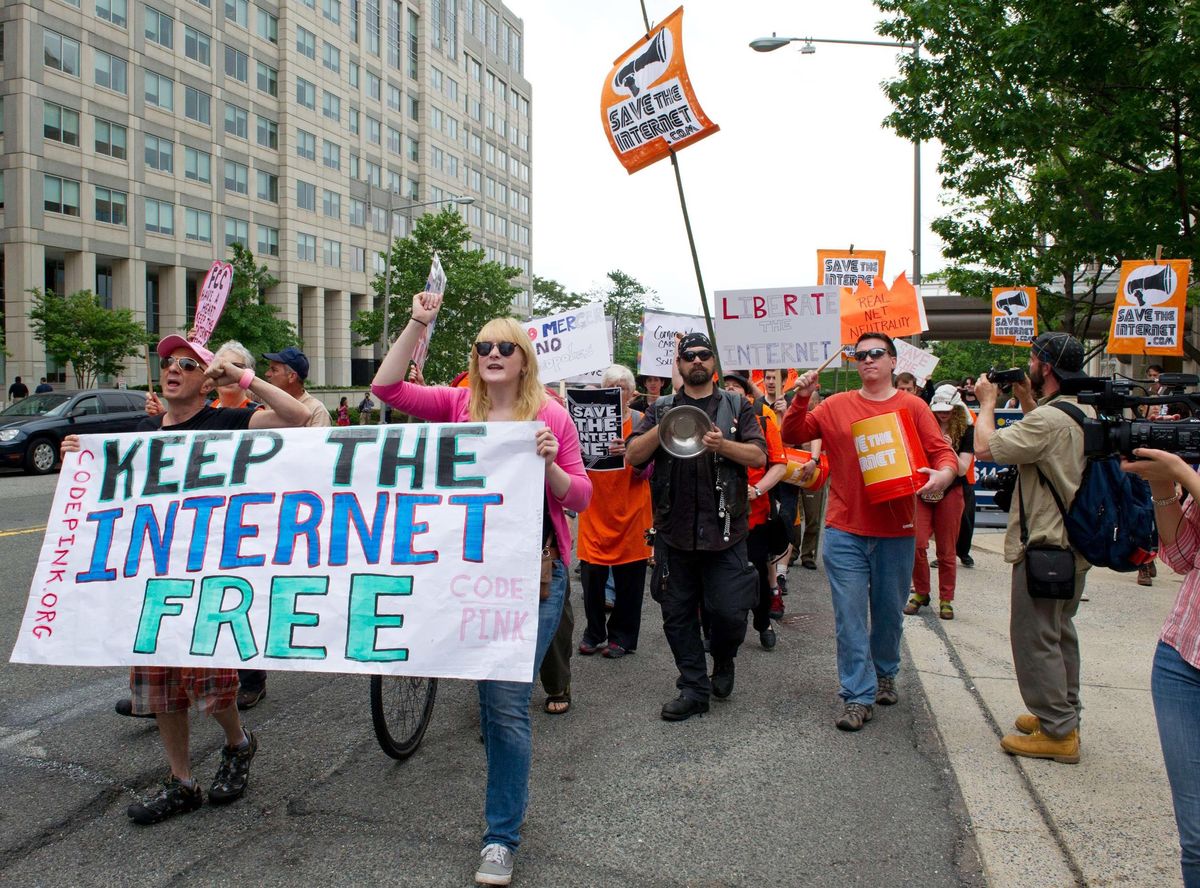 This may be the most important article I've ever written. Sure, my article on how to fight hate groups may be a good and powerful message, but this issue is important to me, my career, the existence of the Odyssey, and the cultural life of the Internet. Yes, I'm writing about net neutrality.

What the heck is Net Neutrality?

To those of you out there who don't know what Net Neutrality is (and you should), it's a simple principle, really: all data is created equal. Every data packet, request, file, video, what-have-you, goes through the wires owned by an ISP (Internet Service Provider) at the same rate, regardless of what that data is or says. It is one of the fundamentals of the Internet as we know it, and part of what makes it so powerful as a tool and medium. And it is going to die in the United States on December 14th.

Ever since 2010, the FCC (Federal Communications Commission) has attempted to stand for this principle, ruling that ISPs such as Comcast and Verizon were not allowed to discriminate between various companies' services over their networks. Formal regulations were debated back and forth for years, until in 2015 the FCC put ISPs under Title II of the Communications Act of 1934. For those of you not familiar with 80-year-old legislation, that means that internet companies are legally forbidden from selling faster service to companies at a premium or slowing down internet traffic. Trump's appointee as president of the FCC this year, Ajit Pai, as a former Verizon lawyer does not support these regulations one pit, and plans to repeal them when the FCC meets on December 14th.

Why should I care?

If you use the Internet the way I do(you use Facebook enough to find my articles, of course you use the 'net that much), you will notice if the FCC stops enforcing net neutrality. Companies have already danced too close to the line before: Comcast has interfered with Bittorrent(file-sharing) downloads, AT&T blocked Skype and later FaceTime to prevent competition, MetroPCS even blocked all video streaming except from YouTube. In all these cases, the FCC shut them down. If these rules go into effect, not anymore. The most obvious ways companies will screw you over is throttling bandwidth and creating site packages. An ISP could provide "fast track" service to make some sites load faster than others; while this sounds like an improvement, they will probably just make the "regular" package slower. They would also be allowed to make certain websites available only through special bundles you pay for extra. If that sounds like cable, you'd be right!

That sounds horrible and stupid, you say, I'll just switch internet providers. Well, for most of the country, there's only one ISP available (that's another problem entirely, but for now that's just how it is); they have a captive audience who will pay whatever they charge.

Not only is this kind of behavior bad for internet consumers, it's bad for internet producers as well. New websites will have an incredibly hard time breaking in to the market, being relegated to the slow lane if they lack the capital to pay an ISP. ISPs could also make deals with various companies to throttle competitors, or let a service's data not count on the data plan (this last thing is called zero-rating, and it already exists). This discourages the innovation and creativity that has been at the heart of Internet culture, if not destroy it entirely.

The scariest thing, however, is that ISPs can straight out block any website they want. It just couldn't load, it could redirect to something else, you simply could not access that site using that ISP. It would be bad enough if that was just for financial reasons--but what if it was not? They could block websites, even emails or text messages, based on their content. If they criticized the company too much, if they supported the wrong candidate in the last election, if they were a minority...They've done it before, too: Verizon blocked the text messages of a pro-choice group--even to those who opted into the mailing list. So, to reiterate, worst case without net neutrality: a dystopian hellscape where the moneyed and powerful control what can and can't be seen, and can deny a voice to anyone they don't like. Best case: ISPs charge you more for or even prevent you from binging 4K HD cat videos all night.

Do it for the kitties. Save Net Neutrality.

What can I do?

It's okay, it's not too late. There are many things you can do to make your voice heard. The following links help you reach out to your local Congress members so they can take action, or even take action yourself.

Go to the rally in Washington: https://www.eventbrite.com/e/net-neutrality-wake-u...