Not every setting is meant to be a safe space. 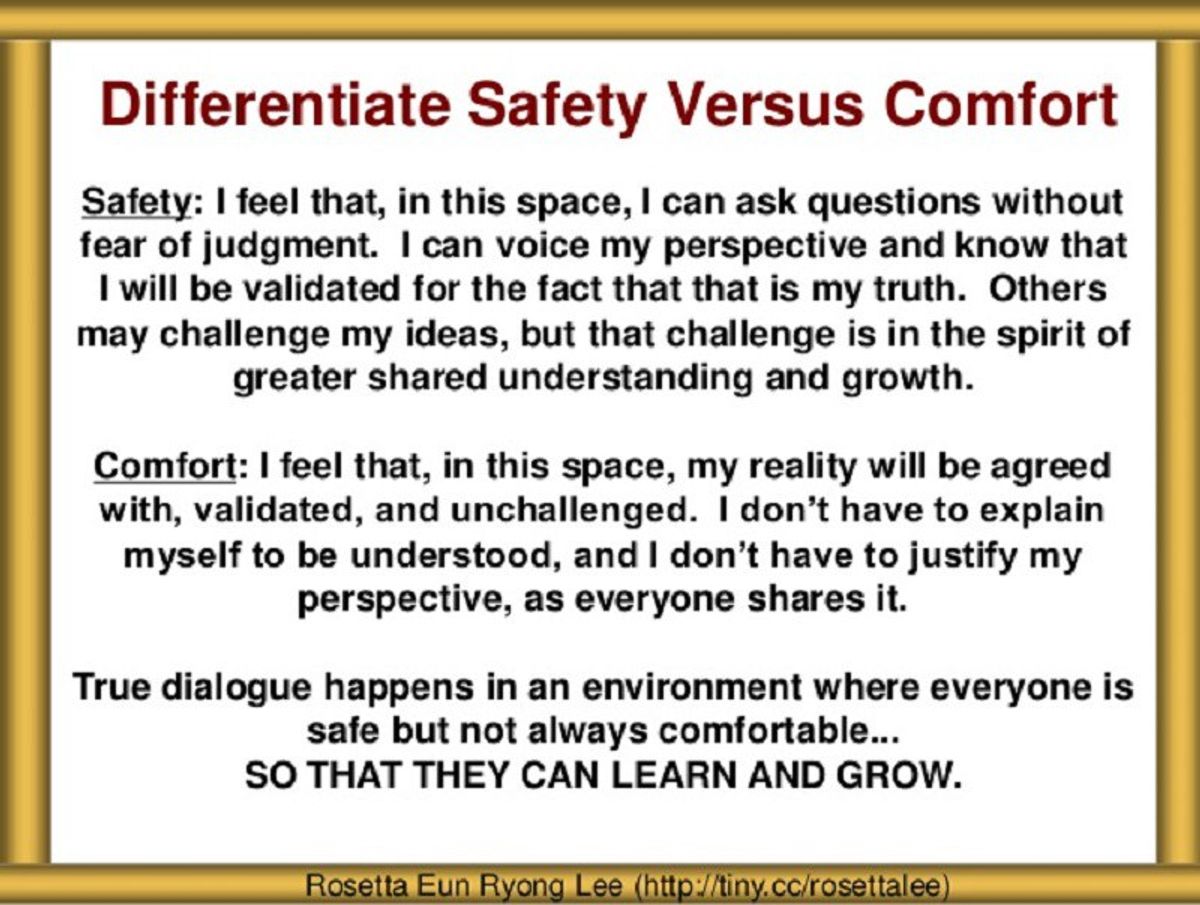 I have been pondering recently about my beliefs as of lately after watching conservative thinkers such as Steven Crowder and Ben Shapiro on YouTube. My beliefs have also been affected after hearing Dr. Marita Gilbert, the Director of the Gender and Sexuality Resource Center, speak about brave spaces at a lecture on race during the New Student Services training week.

As a result, I have come to the conclusion that I have some conservative views such strong stances against gun control and big government and that I support the idea of brave spaces.

Brave spaces are spaces that allow for open discussion about the issues that affect our everyday lives, being pursued more than safe spaces. I say this as a person who admits to having gone on the attack (verbally, mind you) when somebody comes out in support of Donald Trump or Hillary Clinton. I also say this as somebody who for the longest time, thought of conservatives as racists, woman-haters, idiots, and homophobes.

That is because I now realize that in order to be better informed, I need to listen to what both sides are saying whether it comes to politics, arguments between friends and/or relatives, or anything remotely similar.

When it comes to Safe Spaces, they are best used in environments where one’s sense of belonging and how comfortable they feel are valued more than differing opinions. In this kind of setting, which includes but is not limited to orientation week at a college, a counseling session, or social event, it is crucial that there is the least amount of tension possible so people are able to relax and enjoy themselves.

However, when it comes to discussion groups, classrooms, colleges, the internet, and other public speakers, it is paramount to allow for freedom of opinions as long as they are not intentionally hateful or are satirical without consistently singling out a particular group.

That is because in order for us to expand our mental horizons on topics such as race, gender, sexuality, religion, and how the police act towards civilians, we must listen to views that may get us agitated, use as much specific and factual information as possible to support our opinions, and be willing to rethink our beliefs when they are incorrect.

That cannot be accomplished by refusing to invite conservative or liberal speakers simply due to how to thin-skinned people react to what they say, using ad hominem to undermine the arguments people make instead of accurate evidence, or blocking people from using social media sights simply due to the lack of political correctness in their posts when they did not incite hateful messages.

All things considered, it is difficult to maintain a Safe Space while allowing free speech since there are some truly deplorable phrases and actions that are still utilized. Even so, it is possible to have free speech in a Safe Space as long as people educate each other about what offends them and actively look for ways to debate about their views while establishing clear boundaries about what is fair game and what is not. It might even be productive to ask why certain questions or remarks offend those we are conversing with so we know how to express our opinions and defend them without making the debate into a conflict.

Overall, it is important to know about when to comfort people and when to challenge their views so settings that are meant for making people feel that they belong do not become places of arguments and debates and so places that are meant to be for open discussion are not heavily policed or shut down. Through using such methods, progress can be achieved while offending the least amount of people possible and avoiding speech and thought patrol on college campuses, in the workplace, discussion groups, and on the internet/social media. After all, who wants to live in a society like the one in George Orwell’s 1984?