From one non-runner to another - you've got this. 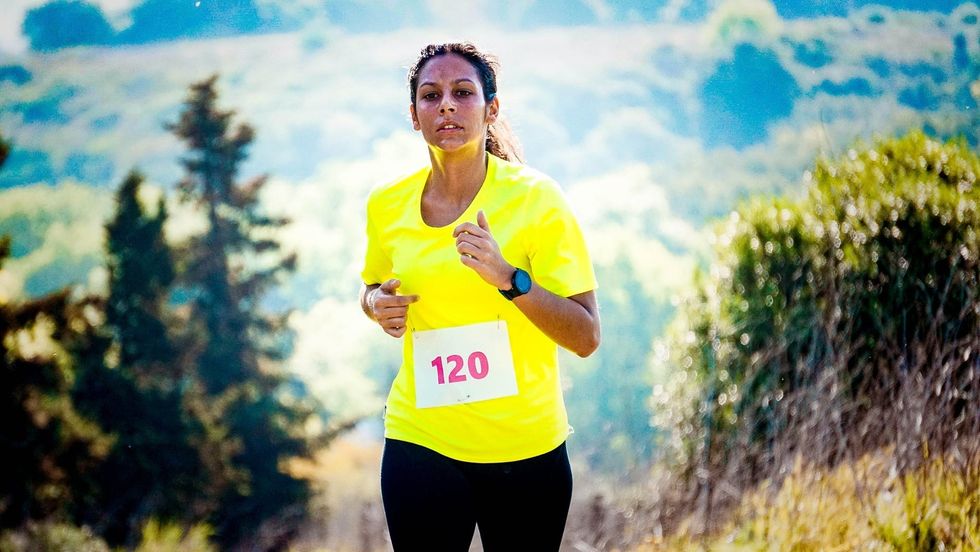 Running. For some, that word brings immense joy, picturesque trails through the wood and the insane ecstasy of the mythical "runner's high." For others, all the word brings back is repressed memories of the dreaded Pacer Test and "mile-run-day" in middle school gym class. I get it, I really do. I am one of the people who sit inside, eating my breakfast as joggers run past my window, wondering what on Earth could compel them to wake up so early to run. Don't even get me started about people who run races for fun: that's just nonsense.

If you live in the Philadelphia area, chances are you're aware that the annual Love Run was held on the last weekend of March. The Love Run is either a 7K (4.35 mile) race around center city Philadelphia or a half marathon starting and ending in front of the famous Rocky steps of the Philadelphia Museum of Art. Thousands of racers travel into the city for race weekend. This year, I was one of those racers.

To be perfectly candid, I am not a runner, nor have I been one. I despised running with my entire heart and soul. When I played soccer, I longed to play defense instead of midfield because, in my mind, the defenders had to do the least amount of running. This past summer, I tasked myself with running a mile every day after I got home from work. To say I dreaded it would be an understatement. I complained day in and day out of the dreaded mile, telling my mother that the reason I couldn't do more than one was that my sides were cramping, or my lungs felt type, or my knee felt funny, or any other reason I could possibly have thought up to get out of running. Imagine my mother's surprise when I told her I planned to run the Philadelphia Love Run in March. I signed myself up and drew up a comprehensive training plan that would have me running the 13.1 miles in no time.

Sounds simple enough, right? Wrong. See, the plan looks really great on paper, but when its time to actually run the miles, it's a much different story. It's so easy to tell yourself you can just run tomorrow, or that in two weeks, you swear you'll do the five miles you promised yourself last week.

So, how do us non-runners make it to race day without falling apart? It's all about going the extra mile. I convinced myself it would be easier to start running on the treadmill, as seeing the miles rack up on the machine is better than guesstimating how far a mile probably is outside. Wrong. Although when it's raining and cold, treadmills are great alternatives to running outside, it's far harder to motivate yourself and pales in comparison to the experience of running outside. I learned that the hard way, spending beautiful days inside at the gym, never racking up more than four miles before hitting the large red "stop" button and convincing myself that forty minutes is more than enough running for the day. Once I started running outside, the time started to fly by and I found myself focusing more so on the distance I was running in terms of hills and sights rather than the actual number of miles. I ran farther and felt more accomplished when the run ended, always running at least six miles.

When race day finally arrived, I'll admit, I knew I didn't train well enough. The longest run I had ever completed was eight miles and even that was difficult. Running the race itself was hard: there were several times between miles seven and twelve that I had to remind myself why I was running. Crossing the finish line after two and a half hours was the most liberating feeling in the world. As you round the last corner after 13 miles, the finish line great you like an old friend, with strangers and family lining the sides of the chute. You can't help but put every last ounce of energy into the last bit, forgetting how tired you are and how your knees ache and focusing solely on the end of a month-long journey. Plus, that medal at the end feels pretty damn nice.

The most important takeaway I had from this race is anyone can do it. Now, that's not to say that you can waltz up to the start line without an ounce of practice and complete the course with no problem. I mean that if you're someone who tried to weasel out of the mile in gym class, has never practiced running or ever raced before, you can do this if you put your mind to it. The goal isn't to be the fastest person: it's to cross that damn finish and show yourself that you are capable of doing a race like this. And if you're still doubtful, I'll put it simply. If I can complete the race and come out in one piece, you definitely can too. From one non-runner to another.