The RompHim has many talking, and it is only a matter of time before we see if this new trend will hit it off, or hit the rocks. 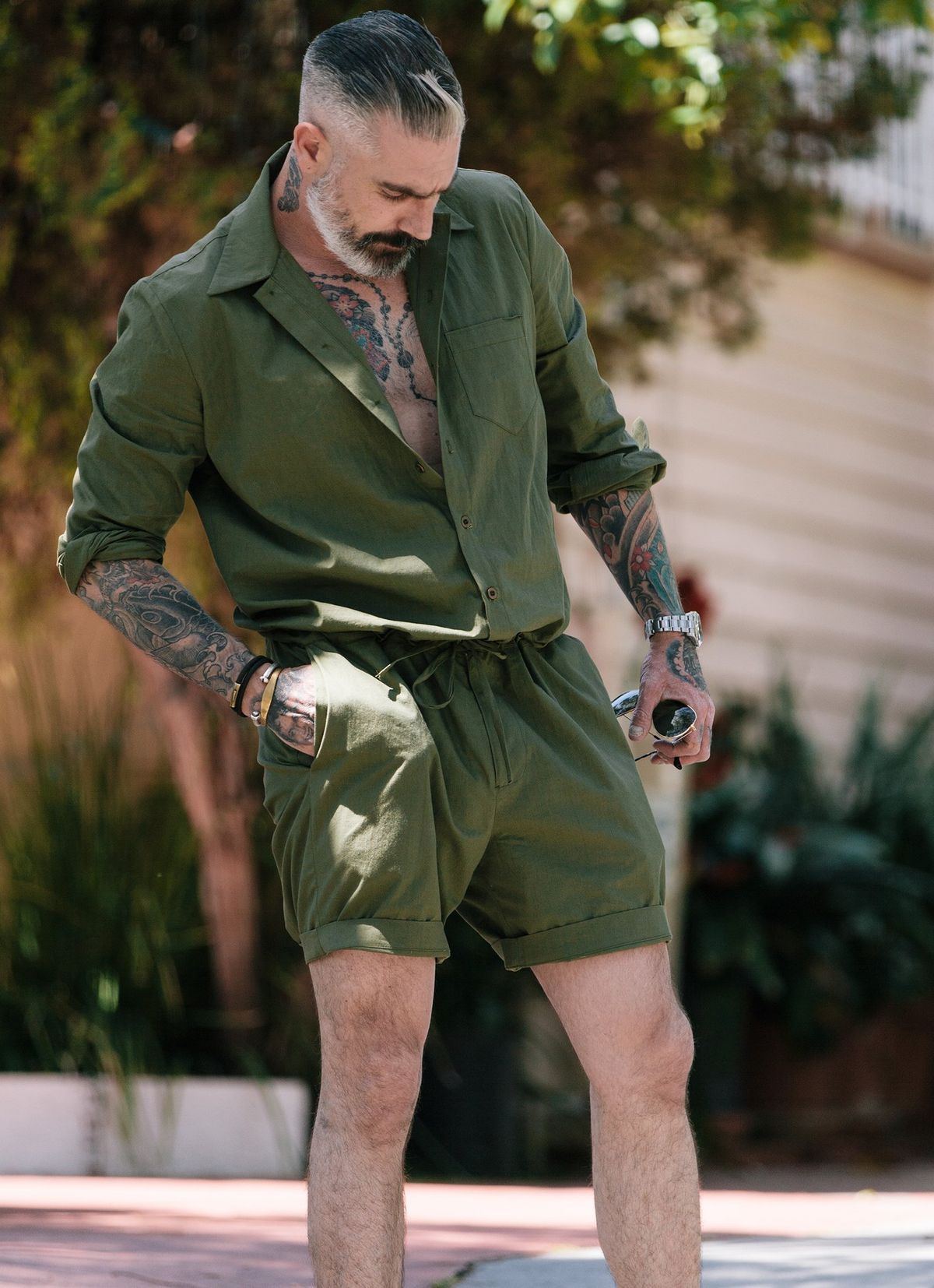 When it comes to fashion, women have the best of all worlds, as they are not restricted to simply skirts and blouses. There are vests, blouses, Tees, tanks, rompers, overalls, jeans, shorts, bodysuits, jackets,skirts, skorts, and blazers to choose from. Women have even taken various men's wear, like boyfriend jeans and oversized tees, made to fit like dresses.

Apart from the runway, mainstream men’s clothing still lacks the diversity of women’s clothing. But now it seems men's designers are now seeking the best of both world’s in fashion, too. Some articles of clothing typical for women’s wear are now being modeled in men’s fashion.

Much of the fashion world is moving swiftly towards more gender-neutral clothing anyway. However, some new men’s clothing styles are producing mixed feelings on social media. The new trending piece for men, that is attracting both negative and positive attention is the RompHim, a one-piece clothing article fashioned after a women’s romper, which is made to fit the body build of men. It is similar to the jumpsuits some men may be required to wear in automotive jobs, (sort of like overalls, but with a shirt for the top).

Many on Twitter have voiced their opinion about this style. Some, like @_JayCream feel positive about it, tweeting:

Some women who know the struggle of rompers, like @allisonpiwo, offer some warning:

“Until the guy has to get completely naked just to pee whilst wearing a romper, it’s a no from me. #RompHim”

Still, others are staunchly opposed to the idea, @ryanfield tweeting:

According to a Twitter poll conducted by @PeopleofMemphis the general consensus of ladies on the RompHim is a 53% no, 22% yes, 16% okay, and 9% unsure how they feel.

Men’s fashion usually faces a lot more criticism for copying feminine styles than does the female fashion world for copying men’s. Items such as satchels, pouches, some styles of men's skinny jeans, and some urban style oversized Tees with certain cuts, have been criticized because people believe they are feminizing men.

In a viral Facebook video of a young preteen showing off his dance moves, many people commented on his urban trendy style of dress, criticizing him for wearing a “dress,” which was actually one such oversized Tee mentioned above.

Many male celebrities like Jaden Smith, Lil Uzi Vert, and Kanye West, to name a few, have also come under fire for wearing “feminine” clothing.

The RompHim has many talking, and it is only a matter of time before we see if this new trend will hit it off, or hit the rocks.