How Role Playing Made Me A Better Writer
Odyssey

How Role Playing Made Me A Better Writer

Yes, role playing. No, not the not safe for work kind. 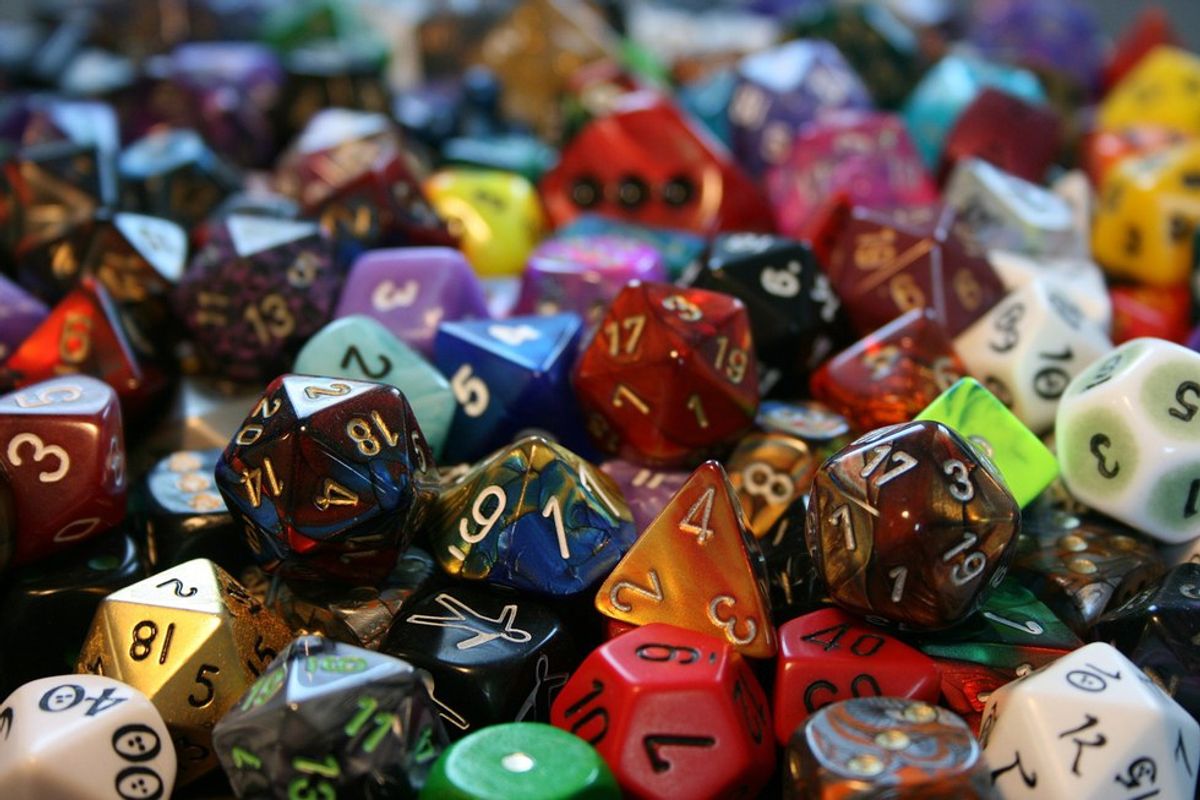 Role playing, for those of you who are unfamiliar with the topic, is exactly what it sounds like. You take on the role of a pre-existing character, or one that you create yourself, and interact with others as if you were that character. It's similar to being up on a stage, but rather than performing before an audience, you're performing for your fellow actors. It can be done over the Internet on forum boards or in chat rooms, or face to face on tabletops or out in a field. Dungeons and Dragons is an excellent example of tabletop role play, Live Action Role Playing (LARPing), is an example of role play that takes places out in a field.

I started role playing about five years ago on a number of forum boards across the Internet. What started out as a handful of self-insert characters, each modified ever so slightly to fit a new role-playing universe, slowly turned into more varying characters and eventually, the creation of my own universes. I don't role play nearly as much as I used to, but as I role played less, I wrote my own, more original pieces. I reached a high point for original writing in my junior year of high school. I had three separate notebooks each filled with notes about my stories and characters. Admittedly, I've bottomed out in terms of both writing and role playing, but I’d like to share some of the things I’ve learned over the years.

1. How to lengthen my writing.

Something that I think many college students have struggled with, is trying to reach the word minimum for an essay. While I don't avoid this entirely, I have found that when I run into this problem, it's much easier for me to increase my word count. In some campaigns, depending on who's running it, there is a length minimum for replies; even if all you need the character to do is walk across the room. Therefore, you may have to include the character's thoughts on something that's going on in the scene or something significant that happened in the past. I once had a friend write a beautiful paragraph about soup when it was his turn to post and he had nothing significant to add. Wracking my brain to find something for my character to do in particularly slow scenes has helped me find more things to talk about in my college essays.

2. How to flesh out my characters.

In some campaigns, your character must be "approved" before you can join the game. You would fill out a sheet, post it, and a moderator of the forum, or your Game Master, would look over your sheet and decide if you were ready to go or if you needed to touch some things up. Generally, a sheet includes everything about your character from their full name to their backstory. But character development doesn't end there; once you start playing as your character and they're introduced to new situations and must decide, sometimes instantly, how they will choose to react to things.

3. How to develop my own writing style.

This point, in a way, has a lot to do with the idea that "practice makes perfect" than it does with role playing. In the same way that we are taught to draw our letters and numbers the same way only to deviate and develop our own handwriting, everyone learns to write the same way and ends up with their own style. Role playing offers constant practice when it comes to writing, even when done without the use of proper grammar. First you learn how to write well, usually by observing other players, and then you start to write with your own quirks and before you know it, you've got your own, distinct writing style.

Role playing is an incredible creative outlet and offers an excellent way to express yourself. You can be anybody that you want to be, whether that’s a fierce warrior, a mad mage, or simply an upgraded version of yourself. If you want to start role playing but aren’t sure where to begin, try looking for forum boards on websites that relate to your hobbies or look at the list of clubs at your school. Chances are, there’s a preexisting role play community, and if there isn’t, try creating one! Just because there isn’t a community in place doesn’t mean that people aren’t interested.