Rich Kids, If You're As Privileged As I Am, Own Up To It

"Check your privilege" isn't an attack — it's an invitation to change yourself for the better. 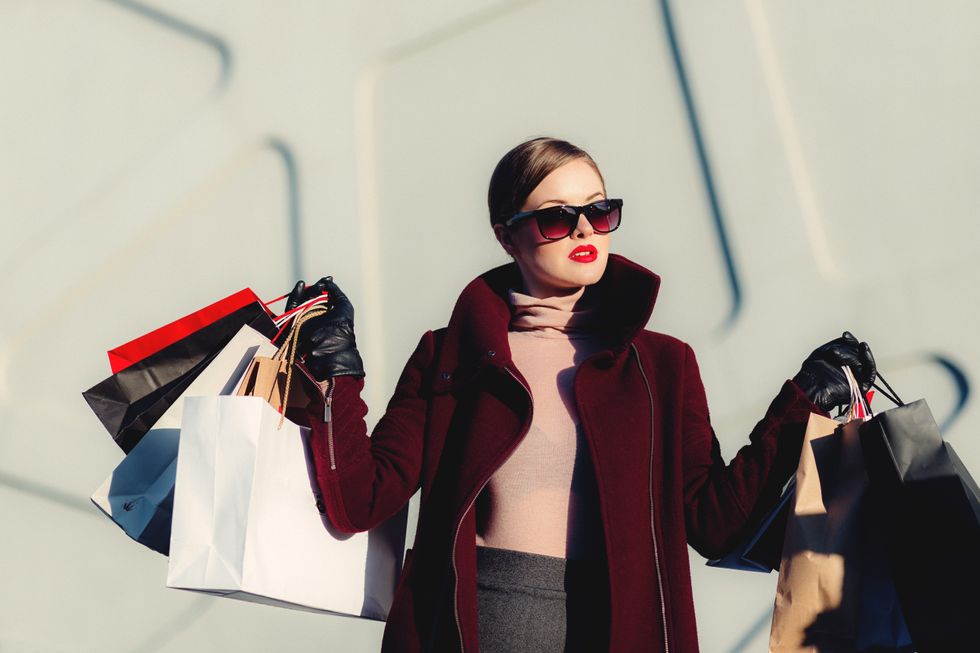 According to Global Rich List, my family falls into the top 0.06% wealthiest in the world, and according to the Wall Street Journal, the top 4% in the USA.

I grew up in one of the wealthiest, most educated, areas of the nation, the San Francisco Bay Area. Both my parents obtained advanced degrees. I went to a private school for nine years, the yearly tuition for which exceeded what many people pay for a year of college. I have not had to take out a single loan in my life, for school or otherwise, as my family pays for my college tuition and rent in full.

I'm not listing these things to brag — quite the opposite actually. I am enormously lucky.

I am blessed in ways only a tiny, tiny few individuals are. My family members worked very hard to get where they are, and I would never want to discount this. But when you look a little closer, it becomes clear that they had lots of help on their way to masters and doctoral degrees, help which people who were equally motivated and hardworking did not have. For starters, they were/are all white, third (or more) generation Americans, and well-educated—many of my great-grandparents went to college. In essence, absolutely none of my privilege was gained by me. I never had to pull myself up by my bootstraps. I have never had to choose between food and healthcare, rent, or other basic needs, the way billions of people worldwide do.

Without this cushion, I certainly wouldn't still be in college — I failed multiple classes freshman year and was placed on academic probation, which means that I did not receive any financial aid. For my family, this was not an issue at all, and I can view it now as just a bump in the road which I overcame in less than a year, and I now have good grades. Hopefully, I'll make it into grad school in the next couple of years. For other students who struggle academically, but rely on financial aid to pay their tuition, my "bump" is the end of the road completely, and they have to drop out.

If you are as blessed as I am, own up to it.

You didn't get to where you are through hard work alone. You lucked out. You won the familial lottery. Even if you worked your ass off, you still had the cushioning and support of financial and familial stability. I have a job—it's the fourth one I've had, so I'm definitely no stranger to securing and maintaining employment, but never have I needed this money. Many of my coworkers live paycheck to paycheck, several of them providing not only for themselves and/or a partner but also for children.

If I turn a blind eye to the struggles of others, instead of lying to myself that I have achieved oh-so-much when I most definitely haven't, I am part of the problem.

I am the ignorance of the wealthy few that built inequality in our nation. I am a bystander to greed and selfishness. To enjoy such gifts and not use that platform to give back, and fight the system, would be a crime, in my eyes.

Sometimes I almost feel embarrassed or ashamed because I don't ever want to make people feel bad or like I'm flaunting my privilege. Rather than push it away, I try to take that guilt I feel and ask myself, "What have you done for others lately? Have you been a force against greed and inequality, or are you just gliding along, blissfully ignorant?" One aspect of my behavior I have changed is what I do with old clothes and other items. I used to sell them on eBay or Posh because I didn't feel I could part with them unless I got money in return. Now, I donate instead. There are people who need these things far more than I do, but can't pay for them. I also tip 20%, across the board, as much as possible. I donate at least $5 to every Facebook friend's birthday fundraiser that I see. I buy ice cream for a homeless woman I see once a week or so. Additionally, I dedicate a lot of my time to community service. I am so proud to be a part of Alpha Phi Omega, an international service fraternity.

Still, there is always more I can do. In the grand scheme of things, these are small steps, and I certainly don't mean to make myself out to be Mother Teresa. I look at my friends and family who take time out of their day to go to rallies for a wide variety of causes, something I have yet to do, but always say "I wish I could." I'm still trying every day to break out of my comfort zone and give back, but it's never really enough.

If you are a privileged individual such as I and feel attacked when people bring up that privilege, stop getting tied up in your ego. Take a realistic look at the world. No one is out to get you, they just want to educate you and change your perspective. You have an enormous opportunity to be the change you wish to see in the world. You can dedicate your life either to the continual pursuit of wealth and power or to giving back and helping others. Choose wisely.