A Review Of Netflix's "A Series Of Unfortunate Events"
Odyssey

A Review Of Netflix's "A Series Of Unfortunate Events"

It's dreadful, in the best way. 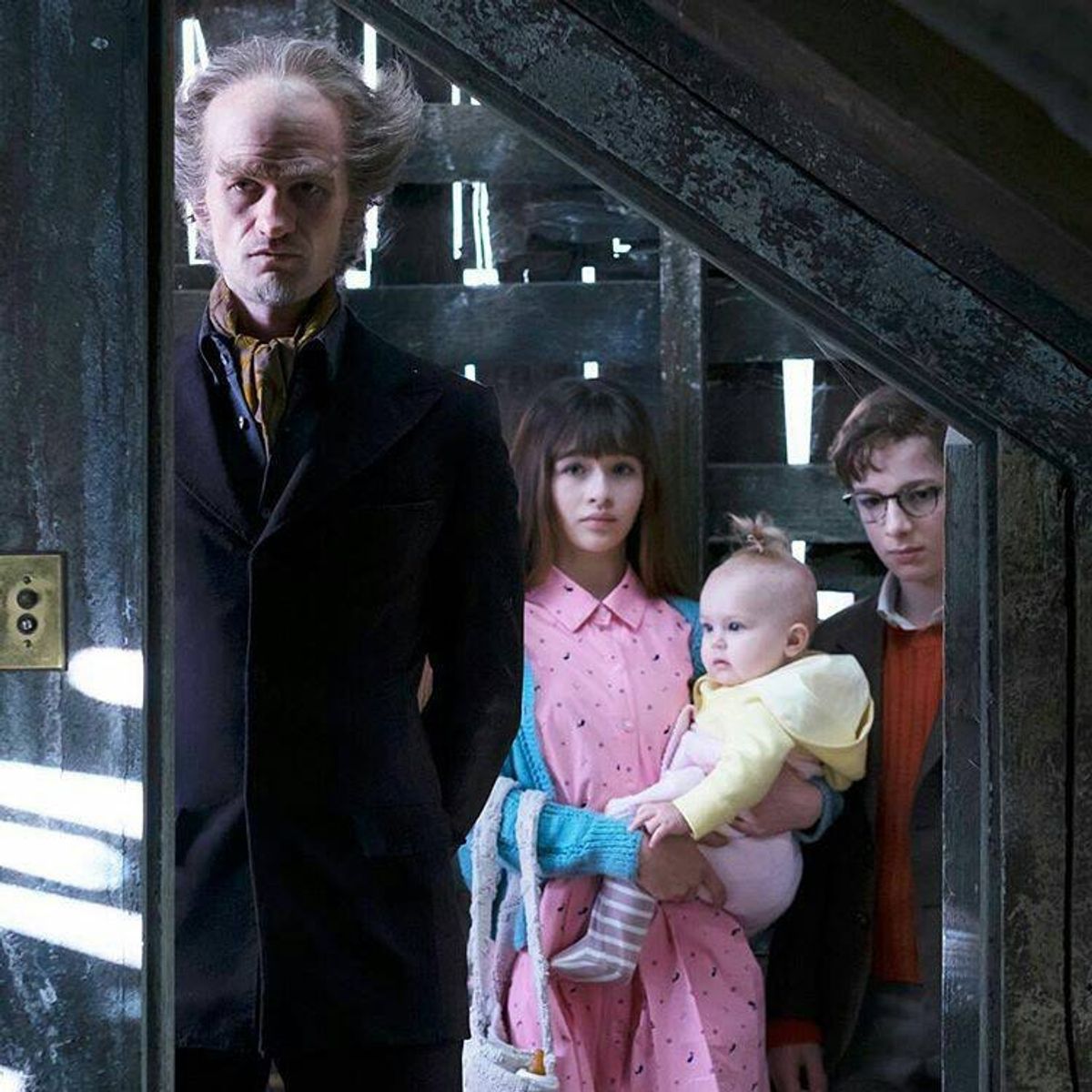 In this series we follow the Baudelaire orphans through 8 episodes, adapting the first 4 books of Lemony Snicket’s “A Series Of Unfortunate Events."

I will warn you now, just as Lemony Snicket does many times throughout the series, it is not a happy series. There are very few positive things that happen to the Baudelaire orphans after their family perishes in a terrible fire and they are placed in the care of Count Olaf, a terrible theatre actor who is only after their family fortune.

If you read the original novels as a kid, then you know exactly what to expect, and that is what makes this unfortunate tale so great. It closely follows the original tale we all know, recreating what we have all imagined for so long.

The scenes with color are bright and the scenes without are dark, creating a contrast that isn’t very common on screen but yet it is pleasing to the eye. Neil singing the opening song gives me chills every time. “Turn away” it says, but I just couldn’t do it. Let’s move on to the characters.
Neil Patrick Harris’s Count Olaf is a true villain rather than the comedic character that he came across as in the 2004 version with Jim Carrey.

He makes you cringe and he makes you angry and you might find yourself almost wanting to follow Lemony Snicket’s pleas to turn off the television. Almost. But he has enough of Neil Patrick Harris in him that if you know much about his role as Barney in How I Met Your Mother, you might be brought back to that character a few times by his phrasing and mannerisms. It is a little weird, but very easy to get past. If nothing else, it’s all worth it to see him all dolled up in a tight dress complete with victory curls, towards the end of the season.

The children are smart and beautiful and exactly as you imagine they should be. Every time Violet puts up her hair, I got goosebumps on my arm. Every time.

Arthur Poe is a coughing, unhelpful banker, just as we all imagined. I felt a lot of his actions seemed force, but it’s hard to tell if that is K. Todd Freeman, or the character he is trying to portray.

Lemony Snicket is a smart, suave narrator who is a beautiful addition as a main character.

Ok, let’s get into the nitty gritty part. Please, if you do not want to read about dreadful (dare I say “unfortunate”) events, or have this series potentially spoiled for you then please, close out this article now. There are much more happy things to view elsewhere. Cat videos, for example.

The Bad Beginning: From the moment the orphans are in Olaf’s care, I was on the edge of my seat. You spend the entire time wanting to scream for Justice Strauss to come and save them. The marriage performance at the end is cringe-worthy, and I mean that in a good way. It was awkward and frustrating and made me want to turn the TV off. It was exactly the reaction you should have to watching a gross old man try to marry his 14-year-old “daughter”.

The Reptile Room: MONTY! I love this man. He was my favorite guardian in the books and he’s my favorite character here. He introduces the secret code and you can see how much he loves the beautiful little Baudelaires. I wanted to cry when he died. The second episode is much more slow as they hang around Monty’s home. It’s necessarily slow, though, so I forgive them.

The Wide Window: Alfre Woodard always has a soft spot in my heart and there is no exception here. She’s fabulous and you can feel her fear of absolutely everything through the screen. It pains me there couldn’t be more of her in the series, but the show must go on. The leaches could have been more scary but I’m sure it’s really hard to portray horrifying leaches with 6 rows of very sharp teeth that chase you and try to knock you out of your boat after you’ve eaten.

The Miserable Mill: These were my least favorite episodes, though that doesn’t mean they weren’t good. They seemed a little bit slower in the beginning, focusing more on moving the story forward, which was needed, and it picked up in the second episode. I found myself missing Klaus and his brains when he was hypnotized but Violet got to expand herself. The ending though made it all worth while!

The parents: Oh.My.GOD. From the end of the first episode I thought, “They added the parents? Wow!” Only to find out it wasn’t their parents at all! And whose parents do I think they are? The Quagmire triplets. It was so nice to have something unexpected happen, though I still wish we had a hint towards their parents! It was so nice to see Cobie Smulders and Neil Patrick Harris in a show together once again. I just want to see them on screen together now!

Overall Review: If you’re a fan of the books, it’s a must-see! If you never read them, it might seem a little weird at weird but before long you’ll be sucked into the story line.

So my rating? 5/5. Not that unfortunate events are good. But they do make good television. I can’t wait for season 2!