"So even our best and brightest are gunning down innocents." 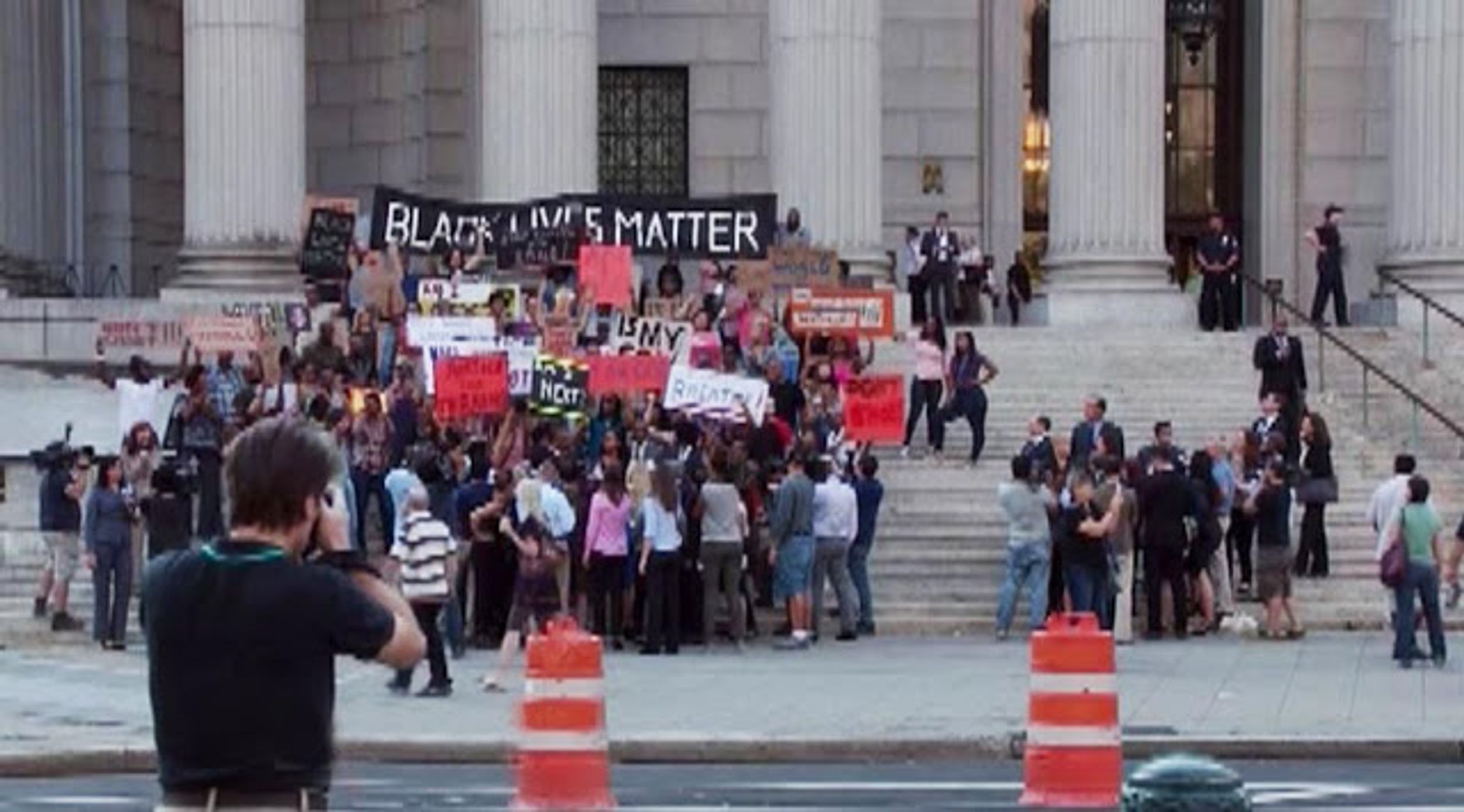 "Law and Order: SVU" prides itself on hardcore drama and controversial subject matter "ripped from the headlines." This means the cases featured on the show are loosely based on real events that have been widely covered by the media. Every episode begins with the disclaimer, "The following story is fictional and does not depict any actual person or event."

In the past several seasons, SVU has pushed these boundaries to the point of laughable coincidence. Recent episodes have not-so-subtly depicted current events, like Ray Rice's domestic violence charge, the controversial false gang-rape accusation reported in detail by Rolling Stone Magazine, and perhaps,most controversially to date, the shooting of Treyvon Martin. This past week, SVU upped the ante once again by taking on the Black Lives Matter movement.

The episode, entitled "Community Policing," opened on the aftermath of a brutal rape and attack on a white family by a black perpetrator, described only by his haircut and the basketball jersey he was wearing. The detectives and other officers were called into hot pursuit of the man they believed to be the attacker, fleeing from a stop and frisk. Detectives finally gunned down the man in his doorway. Even the ever-lovable Detective Olivia Benson stood by heartlessly as the young man bled to death, surrounded by police. The rest of the episode consisted largely of a legal battle against the officers responsible for the shooting, with the law in one corner and the public in the other.

Issues between police and the public reflect conflicts that have been ongoing in the U.S. culminating in an epidemic of murders of black men, even boys, at the hands of police. When officers approach people on the street -- mostly blacks residents of what is described as the projects --there is an obvious tension and distrust as the civilians cite previous abuses of police power against black men and the officers tend to grow defensive and aggressive. This us vs them dynamic is a little too familiar as exercising your rights reads as resistance and guilt.

At this point in the episode, the battle was on between the law and the public advocating for the victims. Detectives parroted clichés of a “good shooting” and “feeling that the lives of my fellow officers were in danger.” In this episode though, it is clear from the 35 shots fired and no visual of a gun, that these officers are guilty of something, and the court of public opinion knows it.

Reverend Curtis, a frequent flier on SVU in the somewhat stereotypical role of the good reverend in defense of the black community, has some clichés of his own to counter. Stating that the victim’s crime was “running while black” and in that moment, the police “became his judge, jury and executioner” are played-out, but effective nonetheless. The message here is clear: black men are targeted regardless of guilt, due to racial biases and over-generalized profiling. This speech is given in front of a crowd holding signs with anti-police remarks and, most largely and boldly, “Black Lives Matter.” If that’s not ripped from the headlines, I don’t know what is.

Though clichéd in the dialogue and obvious in the execution, “Community Policing” is an emotive and personal episode. Surprisingly, for a show centered on charismatic and compassionate detectives in pursuit of justice for all, the actions of law enforcement are the most harshly critiqued and calculatingly immoral. The Black Lives Matter movement plays a key role in applying the plot to the viewer’s reality, but its message takes a backseat to the discordance between law and public. Our final thought is of police distrust and fear of those sworn to protect, not the tragedy of an innocent life snuffed out. Either way, this ripped from the headlines episode hits a little too close to home.