Review: "Fantastic Beasts and Where to Find Them"
Odyssey
CurrentlySwoonLifestyleHealth & WellnessStudent LifeContent InspirationEntertainmentPolitics and ActivismSportsAdulting
About usAdvertiseTermsPrivacyDMCAContact us
® 2023 ODYSSEY
Welcome back
Sign in to comment to your favorite stories, participate in your community and interact with your friends
or
LOG IN WITH FACEBOOK
No account? Create one
Start writing a post
Entertainment

Review: "Fantastic Beasts and Where to Find Them"

It truly was fantastic. 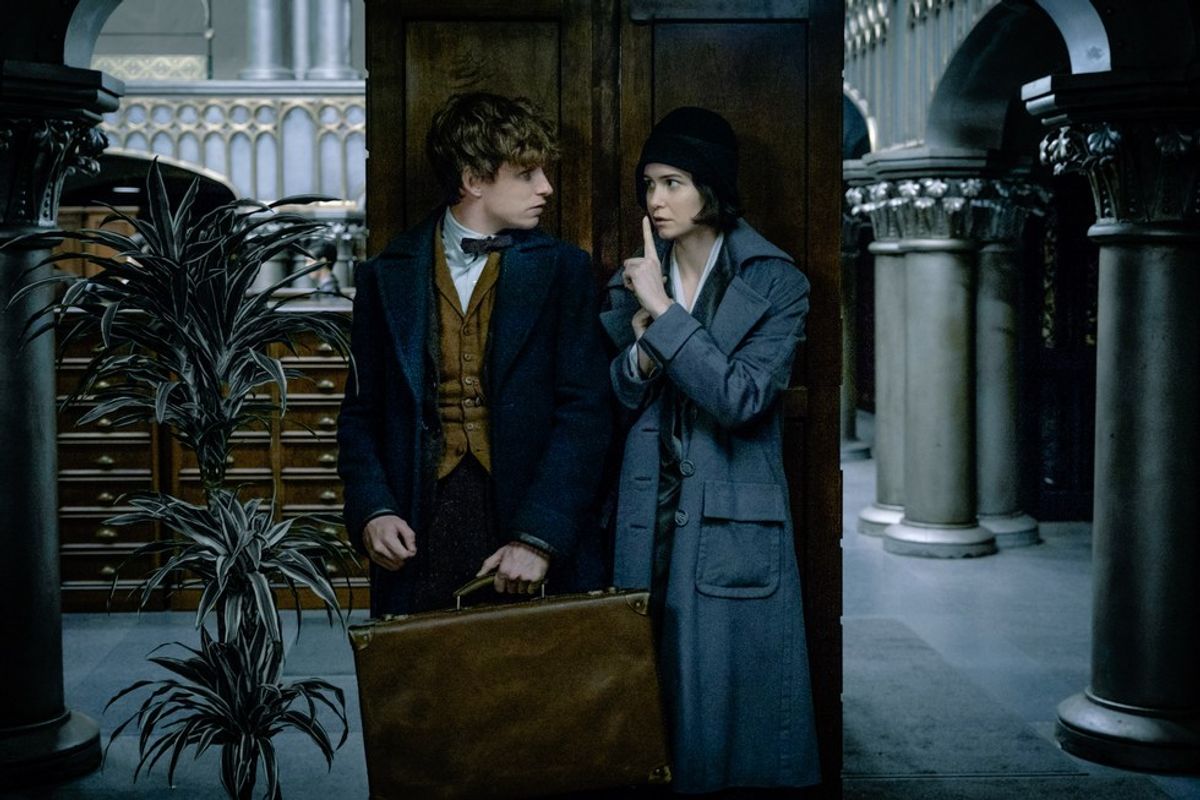 For those of you who love Harry Potter as much as I do, I'm sure you've been looking forward to the release of "Fantastic Beasts" just like me.

I was able to see the movie with my family in the theater and let me tell you something: it truly was fantastic. Don't worry, I won't give away any spoilers or anything like that, but I will gush about how much I already love this movie.

I'll start off by saying that J. K. Rowling is an absolute genius and should be constantly praised and adored for her work. If you couldn't tell from all of the Harry Potter books and movies, everything is thought out so completely and intricately interwoven that there are absolutely no loose ends and there's a new, surprising connection after every turn, and that continues into this new film. It's insane.

"Fantastic Beasts" takes place 70 years before the first Harry Potter, but connections are made to information we already have from watching the Harry Potter movies and it's incredibly refreshing to see everything slowly coming together. It's like we can breathe a little easier already. (I promised that I wouldn't spoil anything for those who haven't seen it yet, but pay attention to characters' names when you do see it!)

I think it's also important to mention how great the graphics are. Everything is put together so seamlessly that everything looks incredibly real most of the time, which is pretty impressive for a movie about magic. A lot of times in other movies you can see where something has been layered on top of other pieces or when they use a green screen. I may have just been so absorbed in the the movie I didn't notice, but, after taking a few classes film and graphics, there were very few times where I thought something could have been done better or differently.

This film is one of the best movies I've seen and I'm not just saying that because I love all things Harry Potter. I highly recommend seeing it as soon as you possibly can.

Nicole Marie Nigro
Individual Creator
449
c1.staticflickr.com
Where to start...... Let me start with the cliche that life throws us curveballs and what we do with it is what counts.