Returning To College After Forty Years

To Jerry Peterson age ain't nothing, but a number. 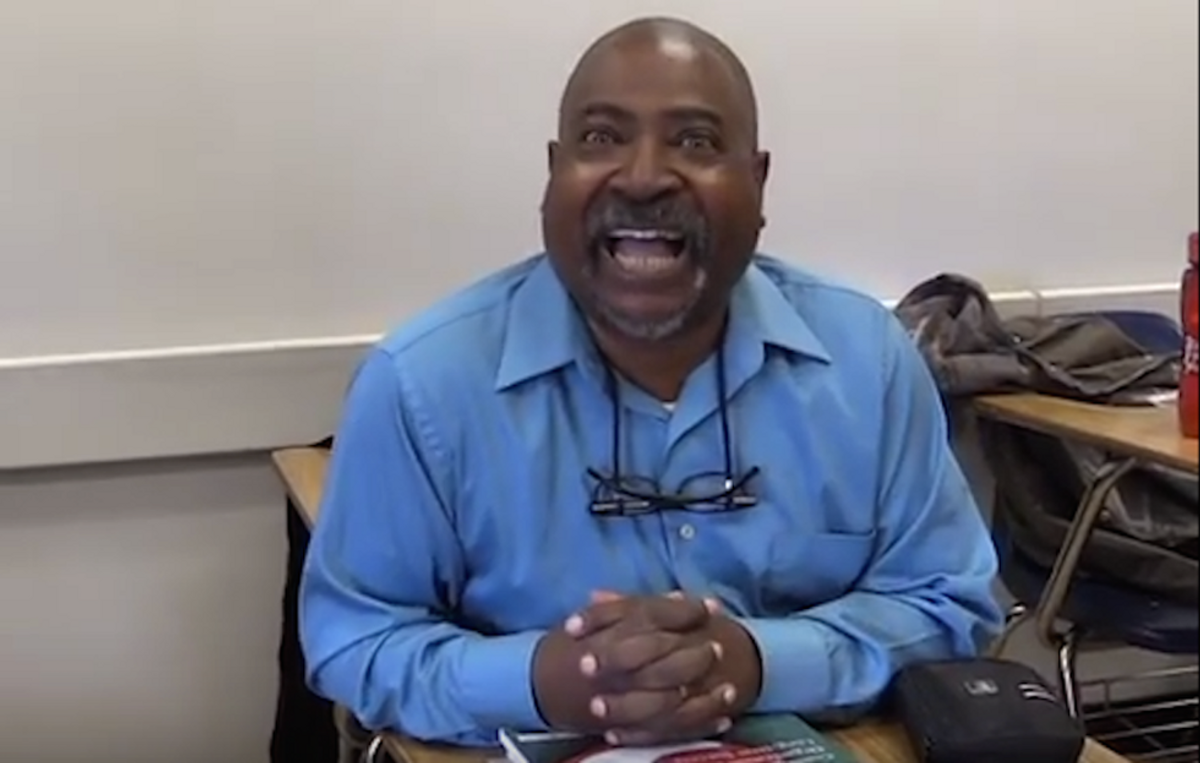 With a huge grin imprinted across his face, 59-year-old Jerry Peterson walks down the hall of the music department on the Auraria Campus. His smile is infectious as the people he passes are left with a grin of their own. He can’t even walk a couple steps before hearing his name called and is welcomed with a sea of hugs and high-fives. It seems as if everyone knows him, then it soon becomes apparent that they do.

“In the music department, all you have to say is my name and everyone’s like ‘oh yeah I know him,’” Peterson said.

Most know Peterson because they are his classmates and have gotten to know his bubbly personality during class.

Peterson is apart of the eight percent of students at Metropolitan State University of Denver who are middle aged or older. He has loved music all his life and decided to return to school to finish a degree in music, which he had originally started in the 1970s.

Nervous to go back to college, he was inspired to return by his wife who recently went back and got her degree.

“She says ‘you love music, you love teaching, you love kids and you love to sing. What are you doing? Go get your degree.’”

Peterson had originally dropped out of college because he didn’t think he was cut out for it.

“I was young, very naïve and intimidated very easily. People were telling me I wasn’t any good and I believed them and just left,” Peterson said.

“Now I know what I want to do with my life, so I’m just going to do it. I’ve got people and obstacles in my way, but it’s still going to happen, so I’m not worried.”

After he dropped out of school, Peterson kept himself busy. He joined the air force and traveled half way around the world. He was also a medical assistant, x-ray technician, certified welder, server, and freelance music teacher.

Now that Peterson is back in school he has had to interact with many people who are much younger than him. Though he gets along with just about everyone, this has been one of his hardest adjustments.

“Some of the young folks around here know everything. Ask them and they’ll tell you.”

Dealing with younger professors has also been difficult for him at times.

“Because you’re older, they expect more out of you, so they put a little more on you, which isn’t always fair,” Peterson said.

For the most part Peterson has enjoyed being around his classmates and one of his favorite parts about school has actually been the people.

With his degree, Peterson wants to start a non-profit organization to raise awareness for music education and start music classes at schools that don’t have any. He also wants to form a band and travel around showing kids what they are missing out on.

Although the transition back into school was a little daunting, Peterson encourages everyone who is nervous to go back to school to “just do it.”

“If there’s something you really want to do and if you want to make a change then do it. Don’t let money stop you, don’t let your age stop you, and don’t let anyone tell you that you can’t because you can. Age ain’t nothing, but a number.”